I had lots of countries on my bucket list, but China just wasn’t one of them. I had been living around Asia for about 6 years and never had any urge to visit the motherland. I ran into tons of Chinese tourists and they usually made me want to stay far away from China. All up until one day, when everything changed. Out of the blue, a switch flipped in my brain, and I felt it was finally time to see what China had to offer.

We all hear so many opinions about China, but it’s impossible to know exactly what it’s like until we visit. My first trip to China was towards the end of 2016 where I visited Beijing and Shanghai. The experience was incredible, way better than expected, the trip got me excited to explore the rest of the country.

In 2017, I decided to take a deep dive into the Chinese culture and moved to the bustling metropolis of Shenzhen, in Guangdong province just across the border from Hong Kong. I lived in Shenzhen for about five months and explored the surrounding areas as well.

While there, I took the time to study the Chinese language with a private teacher a couple hours a day for a two months. I travel to learn and this turned out to be quite the education. There were so many new things to discover. I never imagined that an Asian country could be so different than all of the others I had visited or lived in.

I won’t be able to cover everything I learned, but I’d like to share some of the things about China that stood out to me the most

Disclaimer: Take what I say with a grain of salt, as others may not experience exactly what I did. I can only speak from my personal experiences, and you can’t truly know a place until you see it for yourself! 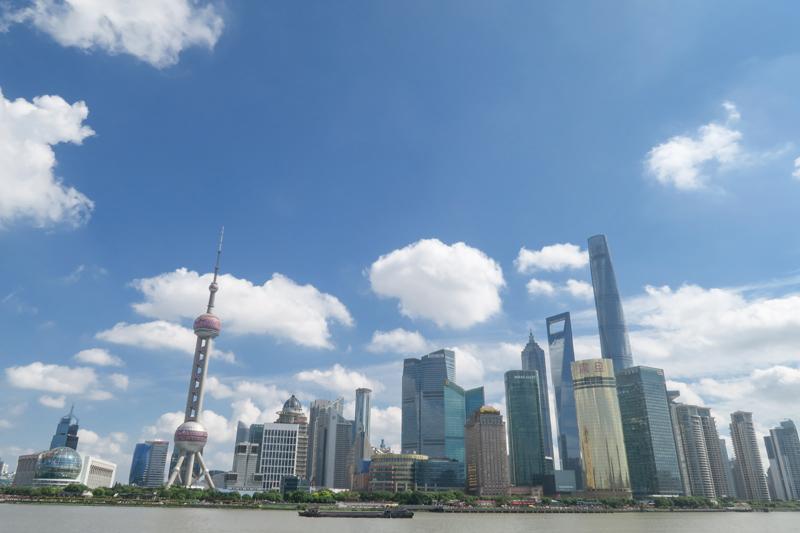 I’ve been all over the world, and I’ve never visited cities that were as convenient and cheap to get around as in China. Every major city I visited in China had fantastic public transportation including electric buses, modern subways and easily-accessible bike share systems. Plus, traveling in between these mega-cities is easy with China’s expansive high-speed rail network.

Not only can you get around easily, but I also witnessed many very impressive buildings and bridges. China holds the top 6 positions for longest bridges in the world, the longest spanning just over 102 miles.

While living in Shenzhen, I had the fastest internet I’ve ever experienced in my life. It was 100 mb down and 50 mb up. I must mention that there are huge swaths of the country that are still under developed, but China’s incredibly huge and advanced cities are impressive to say the least. 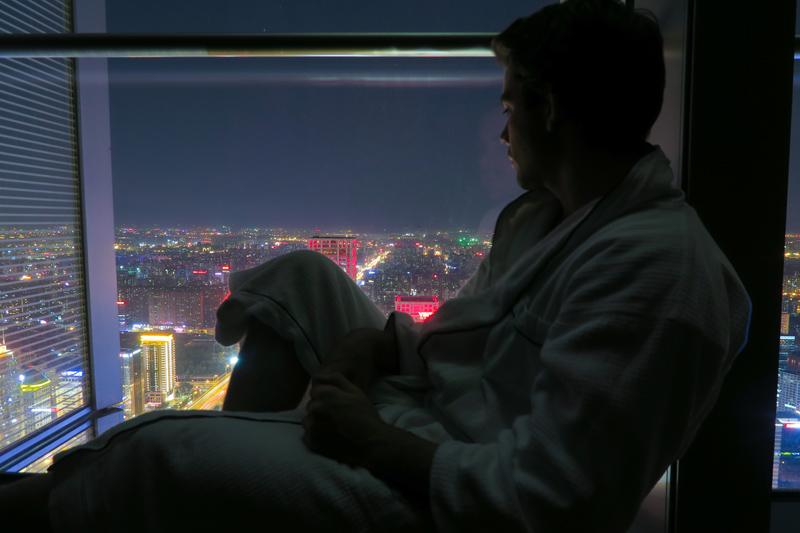 Day-to-day life is incredibly convenient, even if you don’t understand the language. In China, you don’t need to carry cash because everyone has Wechat or Alipay. These are apps which allow people to make payments through their phones. Linking directly to your bank account, simply scan someone’s barcode or let them scan yours, and instantly the money is transferred.

Once you have these payment apps, the rest of society really becomes incredibly convenient. There are tons of apps allowing you to purchase anything your heart desires, at any time and have it delivered quickly, all for the cheap.

I often took advantage of the food delivery apps that only charge a couple dollars to deliver food right up to my 19th-floor apartment, almost always in about 30 minutes.

Mentioned in the infrastructure point are the bike share services that flourish in the Chinese market. Unlike services in many other countries, these bikes don’t require docking stations and can be found and parked almost anywhere. I never had to walk more than a few minutes to find an available bike which I was able to unlock with my phone and be on my way, never spending more than $.5 USD to ride for over an hour!

3. Your Normal Isn’t My Normal 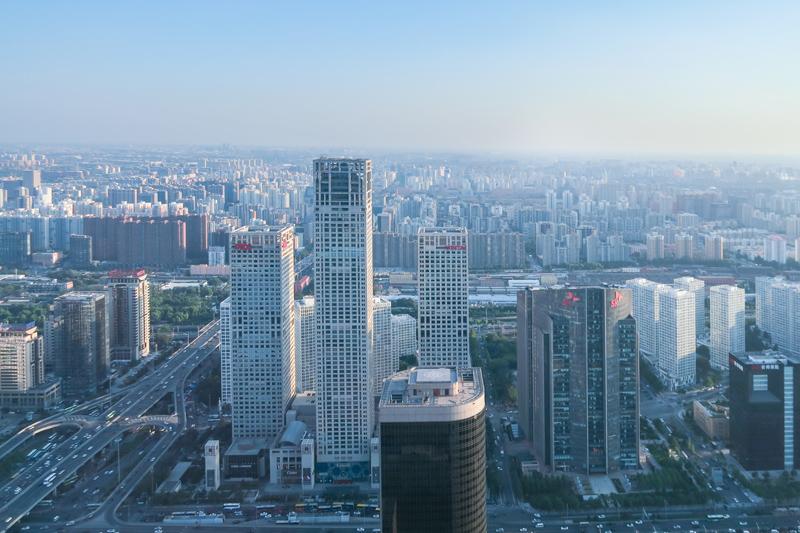 Living in China made me realize that a lot of what I thought to be common courtesy and politeness simply didn’t exist. Most visitors will experience some eye-opening event after spending just a few hours walking around Shenzhen. Common occurrences included men with their shirts off in busy areas, people hocking up phlegm and spitting constantly, often landing near my feet, loud burping and belching in public, talking incredibly loud, inconsideration of other people’s peace and quiet, intense staring at strangers, watching loud videos on the subway without headphones, pushing to get on or off the subway with no sense of other’s personal space, parents allowing there children to pee in public (this even happened inside one of the modern subway stations, scarred me for life) and more.

Even when I tried to step back and remind myself that a lot of people weren’t taught the common etiquette which I was taught, having to constantly deal with these situations for months began wearing on me over time. 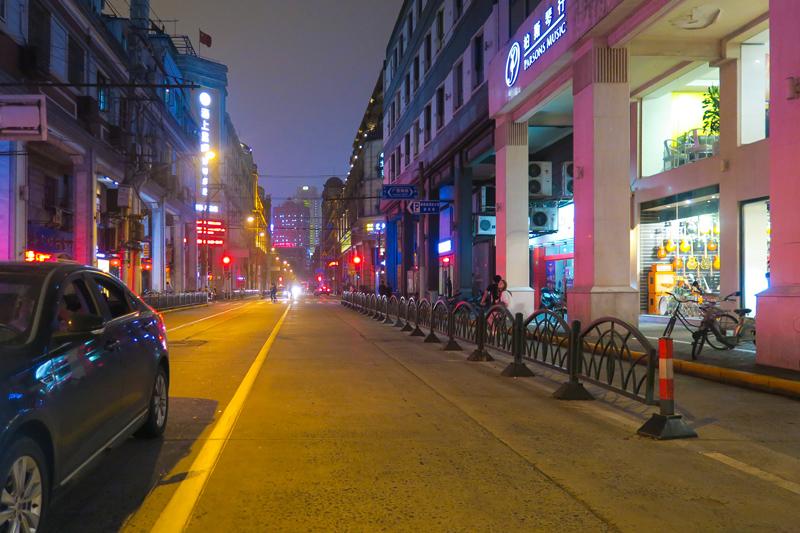 Some countries are closed because of their governments, while others are closed because they are so inwardly focused. The majority of Chinese people, like most Americans, don’t get much exposure to the rest of the world. Many formulate their opinions from biased news sources, or opinionated people and never actually spend much time abroad.

This creates very narrow-minded thinking, and often increases two emotions in the people, fear and hate. Unlike the USA, the Chinese government filters information. Over time, China is opening more and more but overall, I felt most people I encountered were quite ignorant of anything that wasn’t Chinese. While walking down the street people would often yell at me “Mei Guo Ren” (American), “Fa Guo Ren” (French person) or simply “Laowai” (foreigner.)

I had never been to another country where this happened so regularly. Every time I left my apartment I was almost guaranteed to hear one of these 3 words. This is not limited to China. I’ve had many Asian friends that were living in the US tell me they had experienced the same thing, often times, they heard much worse names.

In closed societies, people tend to think that their country is the best, when in actuality, this is almost never true. Until we go and experience the rest of the world, how can we possibly say who is the best? This false sense of confidence and nationalism is a danger to all humans. Ignorance of other countries, whether it’s Americans or Chinese, will inhibit a country’s growth. Perhaps now you can truly understand why I’m such a large proponent of traveling and living abroad. 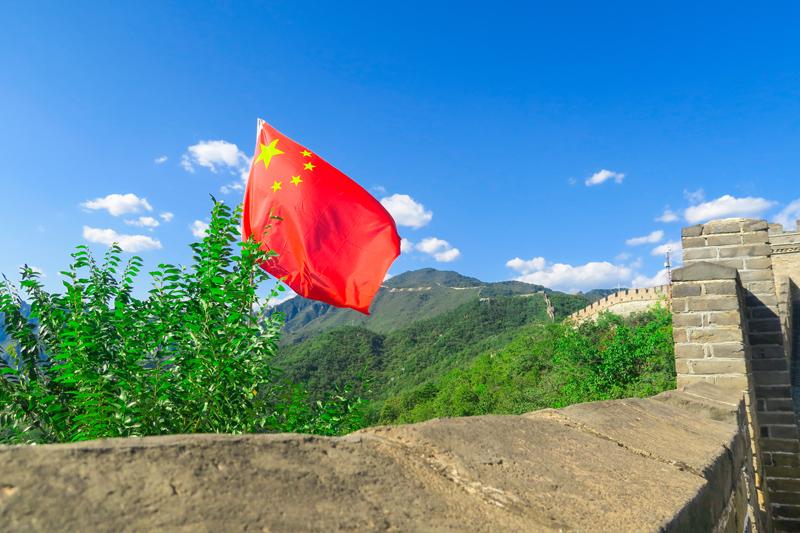 None of the Chinese apps that I used while living in China had any English language in them. I thought it was silly at first, I wondered why they didn’t support foreign languages so more people could use the apps? However, as life went on, I realized that there just wasn’t a real demand for it. China has so many people that they don’t need business from English speakers. China is massive. They can supply everything their society needs, inside their own borders. 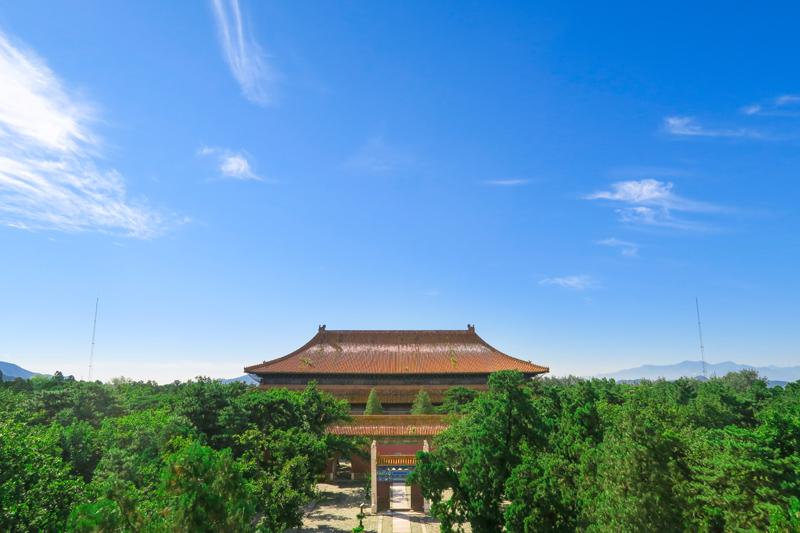 Even though China is making all of these great strides to a greener and cleaner environment, there are still tons of pollution problems. However, I believe that the ramping up of their green policies will reduce, if not eliminate their pollution problems in the future. 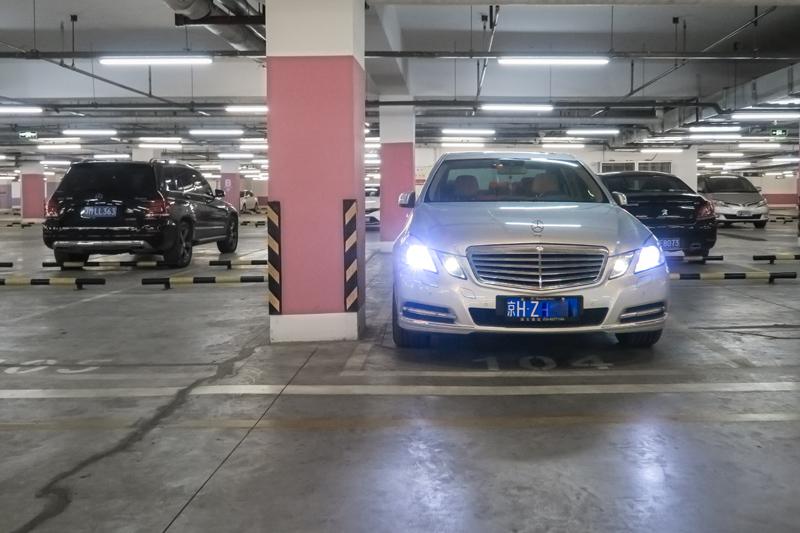 There are lots of materialistic people everywhere, but I found that in many Asian countries, the love for money and image, is out of control. Out of all the Asian countries I’ve ever visited or lived in, China wins the prize for being the most driven by money.

I found that many people in China were more interested in their bottom line then on the quality of their products. I learned this the hard way when ordering food items on the the huge marketplace app called TaoBao. I had found a case of German (or what I thought to be German) beer for a very cheap price, which ended up equating to about $.50 per 500 ml can! I immediately got excited because I love a bargain and didn’t think twice before ordering.

After drinking the beer for a few days, I started to realize the feeling that I had after drinking it was not the normal sensation of being drunk. The feeling I got was quite similar, but I could tell, something was off. I became very concerned about what I may have consumed, and it was then I started researching about fake alcohol in China. I quickly learned that a lot of the cheap alcohol you buy on these websites, could be fake. I’ll never be 100% sure that the beer was fake. However, it’s just not worth the risk when you read the horror stories of people dying from fake alcohol.

This experience and others opened my eyes to how greedy people can be, some are happy to sacrifice the health of another simply to make money. After that experience, I got very paranoid about the food I ate, and decided to cook a majority of my meals at home. I simply couldn’t trust where the food was sourced from, and this really scared me. It didn’t help that on a trip with my local friends, I witnessed some absolutely disgusting conditions for raising animals for food. 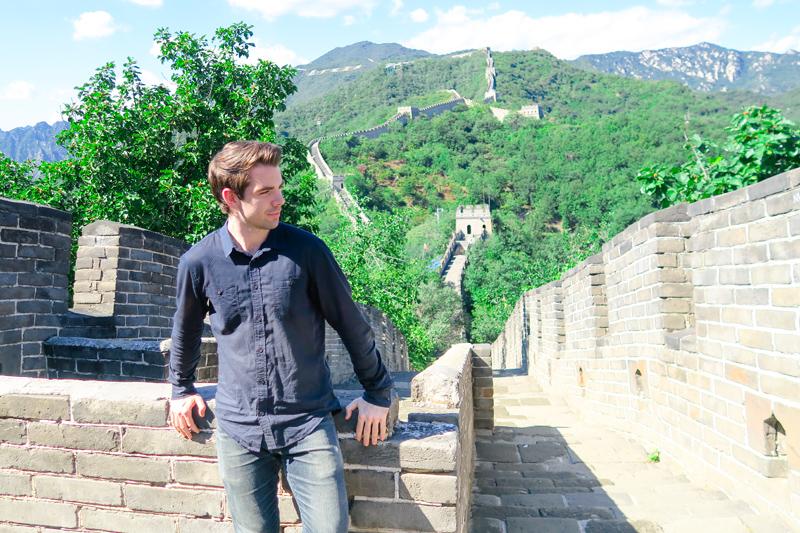 When we are traveling, we have to remember that we are the ones that need to adapt to the foreign society, not the other way around. China is extremely different in many ways compared to other countries that I’ve visited. There are so many amazing things happening in China that are positive such as the technology, conveniences of daily life, infrastructure and green energy movement. Even though some parts of society depress me (including what’s happening in my own country) I’m not discouraged in the slightest to keep exploring and learning about others around the world.

I originally went to China because I wanted a learning experience, I got a phenomenal one. Even though it drove me crazy at times, I wouldn’t hesitate to recommend visiting or living in China to everyone I know! It may be different, but our differences should be embraced and appreciated. Life wouldn’t be as enjoyable if everything were the same. Happy travels and have fun in China!