It all started with a short boat ride from BTS Saphan Taksin station to the Mandarin Oriental hotel. We decided to take a vacation from our grueling normal lives and have a relaxing weekend getaway right here in Bangkok. I feel like every time I’m near the Chao Praya river I always have a good time so I was prepared for magic. After I checked in, we were escorted to our deluxe room on the 11th floor. I have to say, the room looked exactly like the pictures on the website. It was super clean and tidy as expected. A nice touch was the lemongrass juice welcome drink that was brought a few minutes after we arrived.

Click HERE to check out the Mandarin Oriental Bangkok! 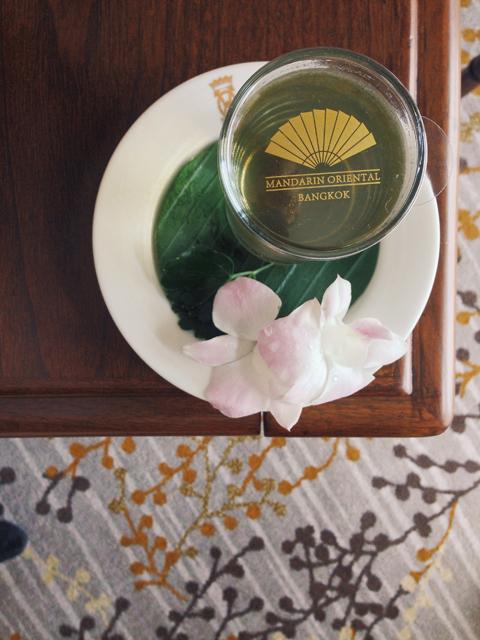 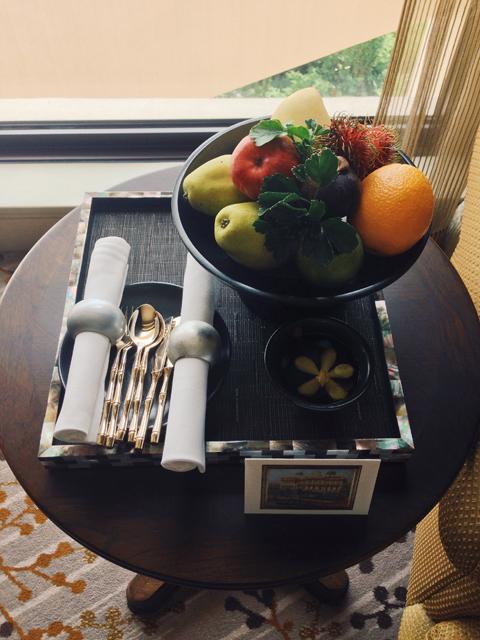 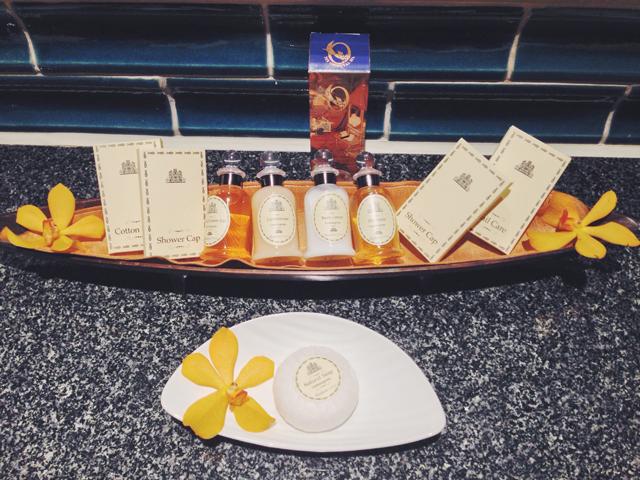 One of the main goals of the trip was to get my food bag on so I had to prepare by hitting the gym before dinner to free up some room in my stomach. I had already ate almost nothing the whole day in preparation for the buffet at the Riverside Terrace restaurant. I’m getting ahead of myself, back to the gym. It’s just across the river and it had everything we needed to get our swell on. After pumping iron for about an hour we headed back across the river to the room. 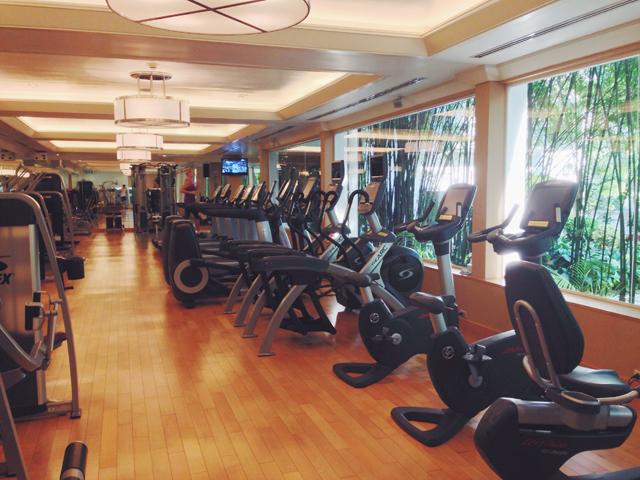 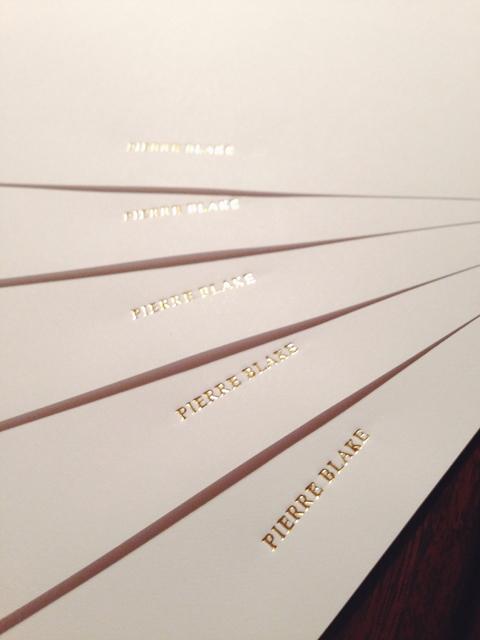 This is the first point I’ll tell you about that really blew my mind. I was always getting told that the Mandarin Oriental is known for the 5-star service and here is when it hit me. While we were gone they had re-made the bed, tidied everything, left a bunch of little gifts around the room including customized PIERREBLAKE memo paper, flowers on the pillow, 2 pieces of nougat in a box and to top it off they had even folded all my clothes. After both of our brains were blown out from all this excitement, we washed up and prepared for the feast of a lifetime. 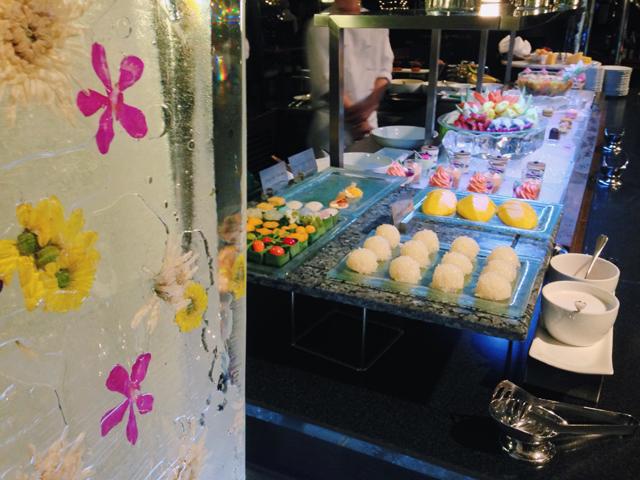 Initial views of the buffet left me in awe like I was viewing a miracle. Busy taking pictures of everything I just wanted to get through them to start stuffing my face. There were several beautiful ice sculptures around a ginormous display of dessert. I took a mental note of what desserts I wanted for later and I continued over to the dinner food. The lighting was low which created a romantic setting but not so good for my pictures. The first plate of food was great, even with grabbing items from all ends of the buffet somehow they all paired fantastically together. Perhaps this was all planned but I may never know. What stood out about the first plate was the seafood. Normally, buffet seafood is usually average but hold your horses Henry! For some reason the shrimp at the Riverside Terrace tasted so fresh it was like I just pulled it out of the ocean. Otter clap. 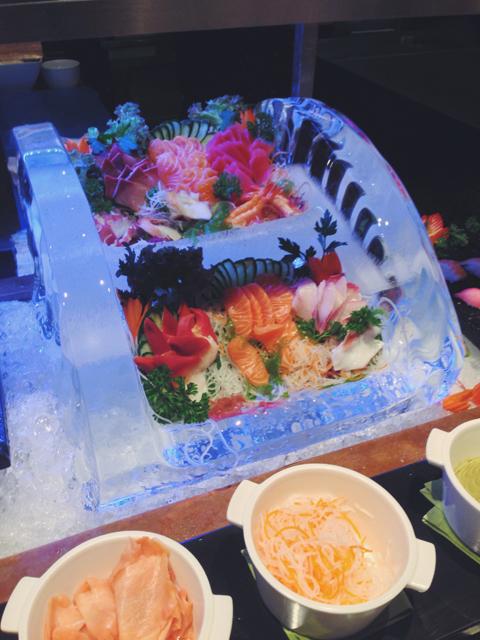 After my first appetizer plate I headed straight for the flesh! I had about six cows and five pigs strewn across my plate. I then consumed all of them. So juicy. So tender. So delicious. After this I was feeling pretty whale-like but I still managed to get one last plate in with a few assorted items including ham and cheesy potatoes.

Ever since I had the desserts at the Mandarin Oriental Shop at Gaysorn Plaza in Bangkok I couldn’t stop thinking about how amazing they were. I even bought some to bring to my family the week after. Anyways, when I saw the spread of all the desserts it brought back all those warm fuzzy memories of sweet sweet goodness. I quickly got a plate and loaded it up making sure not to leave any empty space (pro eater strategy at its finest.) Macarons, cheesecake, chocolate cake and little custards in glasses were all demolished by Pierre.

I said it before I’ll say it again, the Mandarin Oriental cheesecake is one of the best cheesecakes ever created. I made one last trip to the dessert table to get the remaining pies, cakes and bread pudding. Bread pudding was something obscure to see in Thailand so I figured I would give it a shot.

Overall the entire meal took my breath away. Simply amazing. It was then time to retire to the room to take a bath and prepare for a snooze. 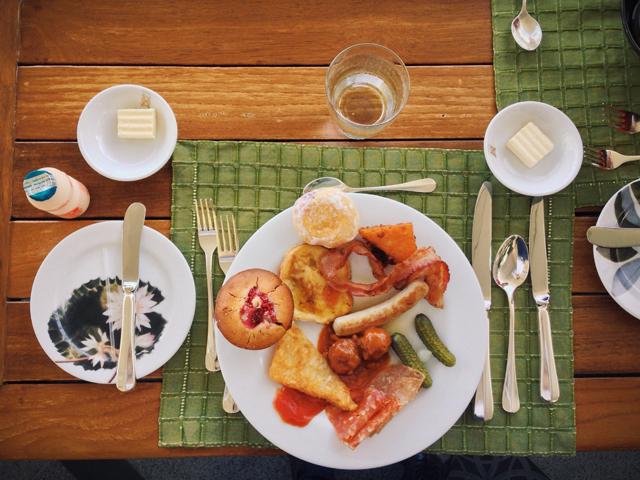 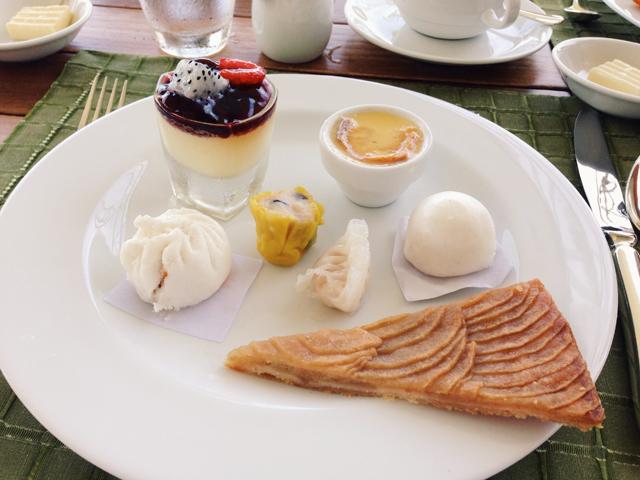 When my head hit the pillow I was out like a light and slept all the night through until it was time to get up and get ready for breakfast! If you didn’t know, Pierre is a big breakfast fan. Got ready and arrived to breakfast around 8:30 AM to see a wide selection of food goodness. They had all the typical western items but they also had some special Asian items like dim sum and miso soup. I love me some dim sum. Most of the food was killer but one of the muffins I got was a bit dry. I won’t hold this too much against you Oriental because your homemade yogurt was awesome! I didn’t think I was going to get to improve my stomach bacteria at breakfast but luckily they had some probiotic yogurt made fresh. One last notable item they had was Yakult which is a brand of probiotic yogurt that’s fairly rare to come by. 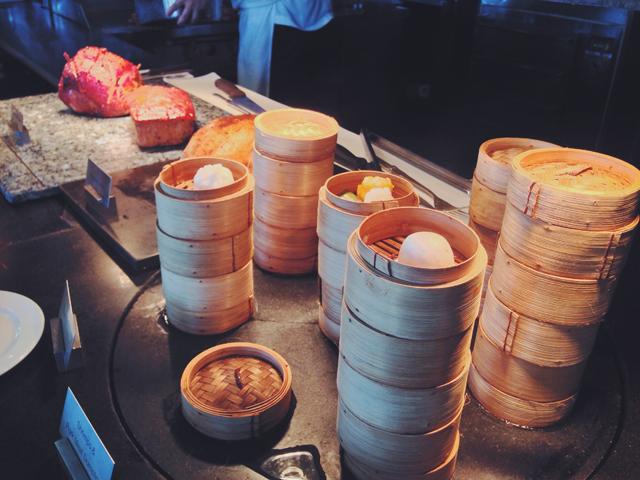 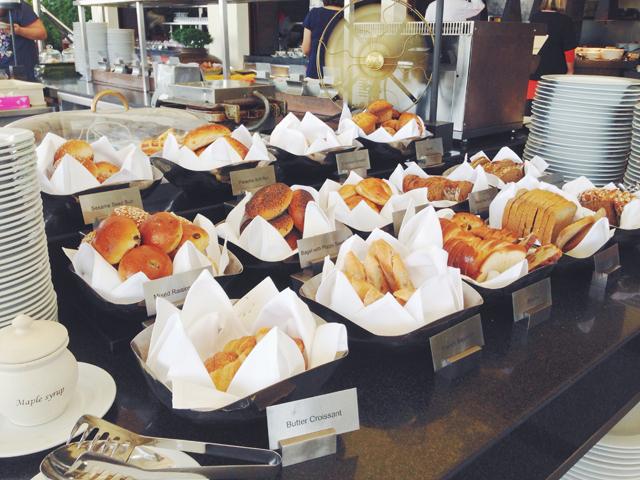 We were once again stuffed and ready to return to the room. At this point, I invited A Piece of Elise to join us for an afternoon macaron and coffee. We all had a splendid time touring around the grounds and eventually it was time to depart. 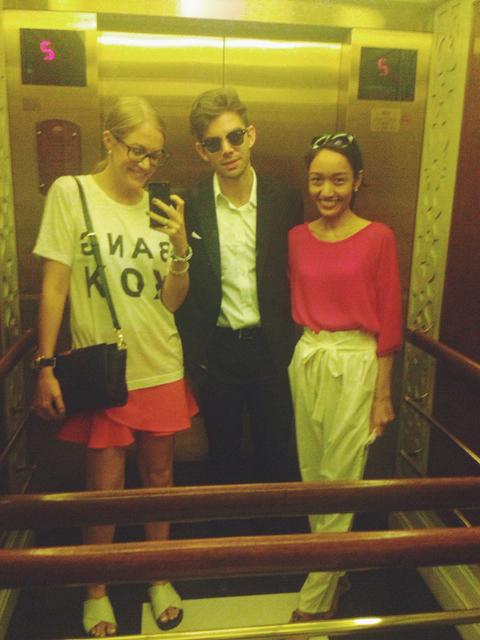 Hands-down, this was one of the best hotels I’ve ever stayed at. All of the service was on point and there were only a few minor things I didn’t like which aren’t even worth writing down. In summary, don’t think twice about booking your stay at the Mandarin Oriental in Bangkok, Thailand. Do it! 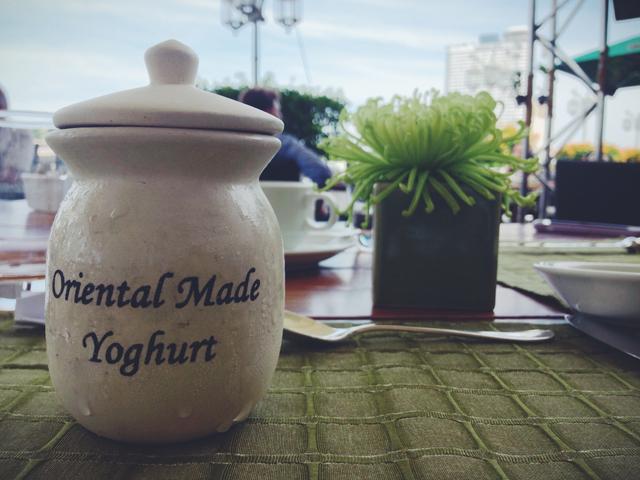 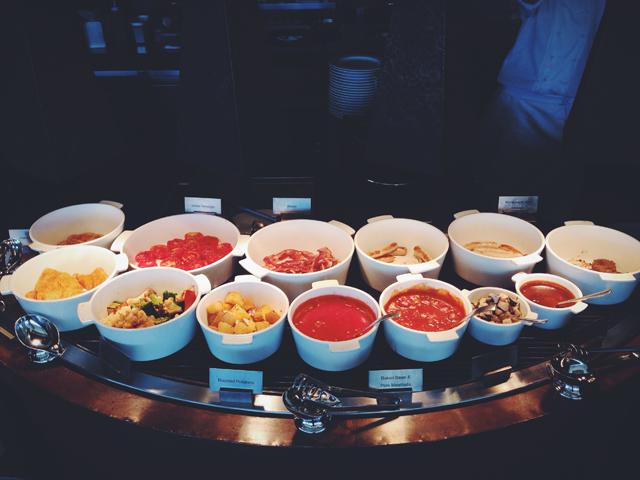 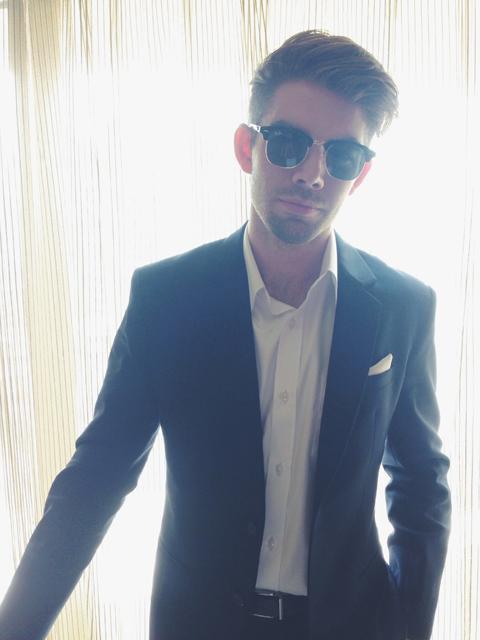 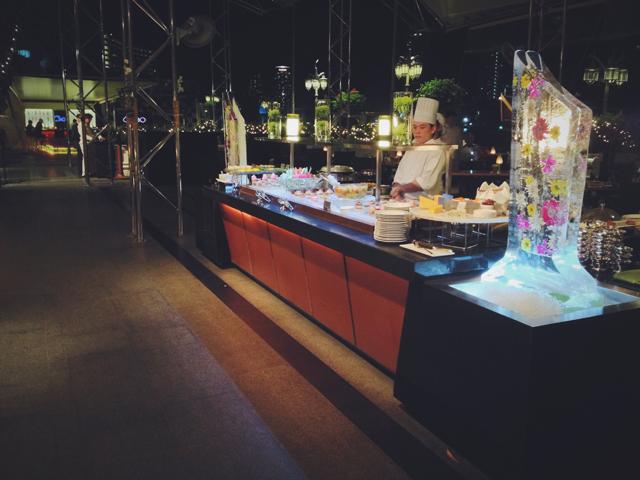 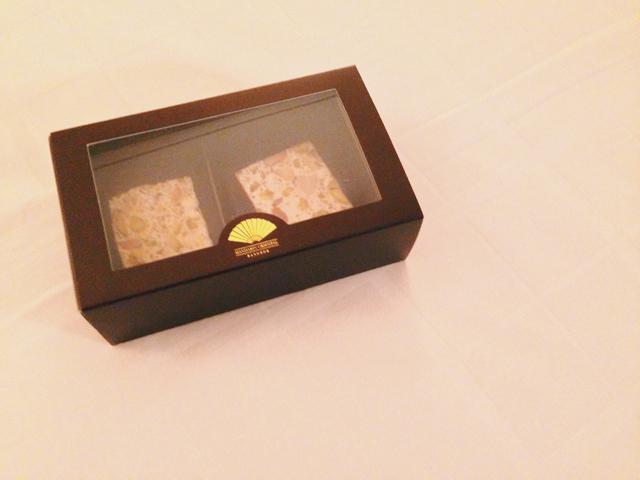 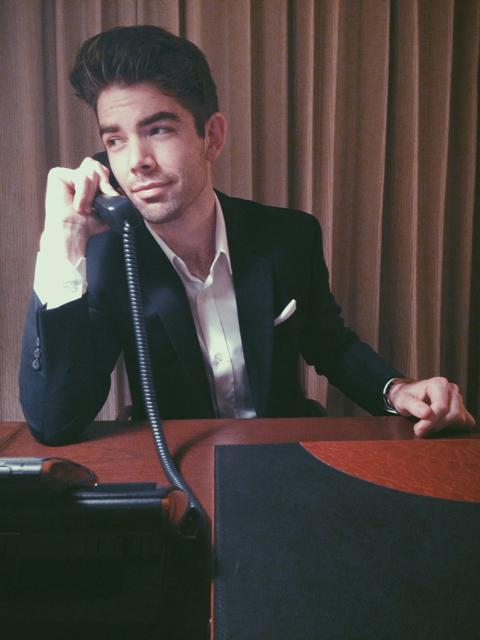 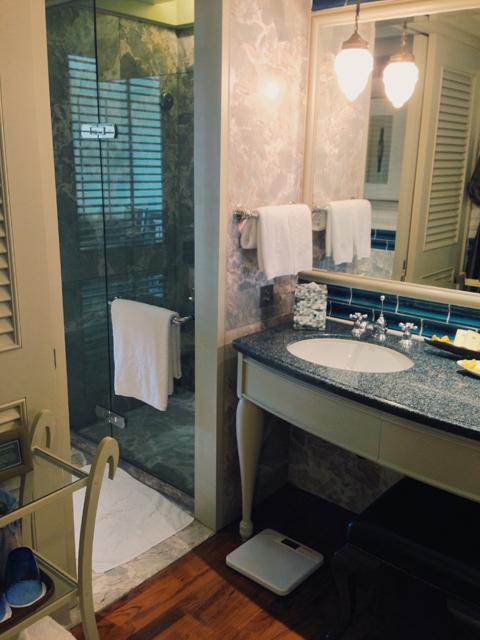 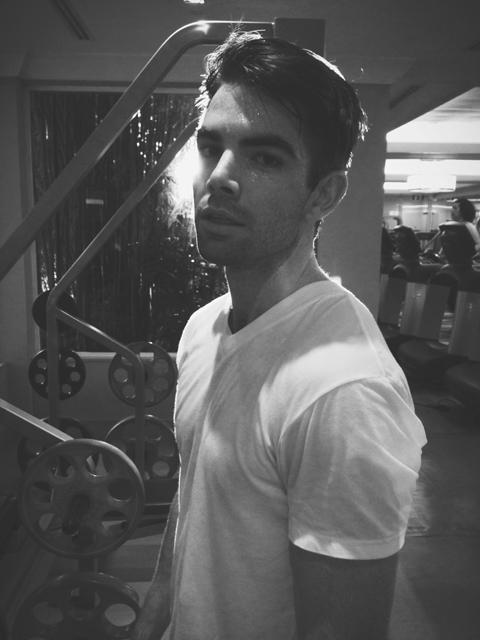 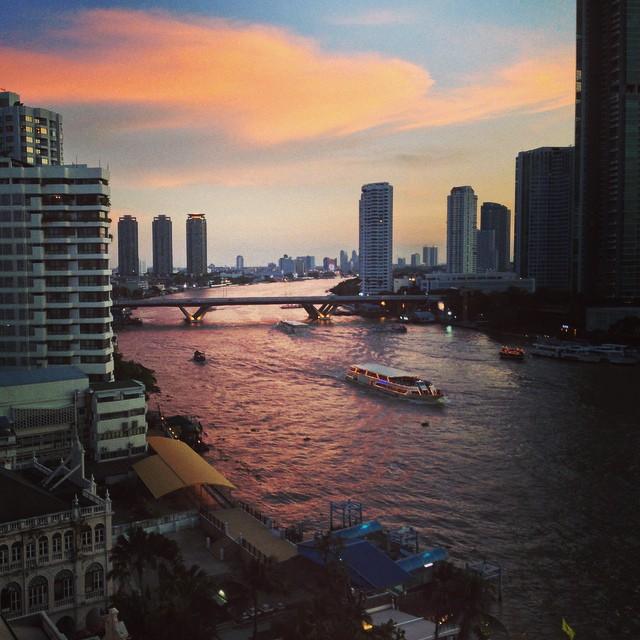