Like most people, over time I’ve accumulated lots of physical possessions. Pierre lives a life of freedom so when he keeps acquiring new things it starts to bog him down. Before this ten country trip I started in September 2015, everything that I owned fit into two large pieces of luggage. For most people this is still not very much but for me it was unacceptable, especially for traveling to so many countries. No way was I going to drag those monsters around with me! 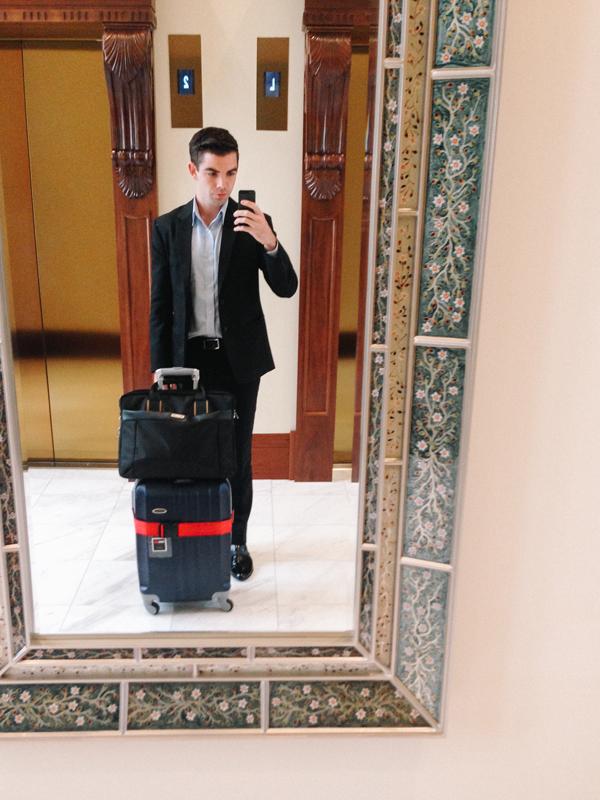 Pierre with all his life’s possessions!

I started looking through my things and realized that most of the things that I’ve been carrying around for the past few years I really didn’t need. When I finally started getting rid of some things I realized that I could minimize everything I owned into a small carry-on luggage and a laptop bag. I felt free as a bird!

It’s hard to fathom how much of a mental strain it is to hold on to things until you remove them from your life. Especially if you’re like me and move around a lot.

I had been carrying around things I didn’t need for years just because I was thinking that one day I might need them. Now I realize just how crazy this was. Before I was too attached to the stuff to let it go. It was creating this huge burden and it took me so long to finally realize it. If you haven’t used something in a long time then just sell it. If you really need whatever it is later you can buy another one in the future.

Society always teaches us that we need to buy more but having more physical possessions only holds us down. It’s hard to explain how light and free you will feel once you let go. Now that I have only a small luggage I feel like I can do anything and I’m not locked down which is exhilarating!

Even after cutting down all of my possessions I don’t feel that I’m going without. What makes up all of my belongings are 4 pairs of pants, 6 shirts, 3 pairs of shoes, a small camera, phone, laptop and some other essentials. Even with this I feel that I could downsize more and I plan to in the near future.

In conclusion, physical possessions are tying us all down. We do not realize how much of an impact they have on ourselves until we remove them. Big or small, too many things create an unneeded strain on our minds. Cut the riffraff out of your life and focus on investing in experiences instead of things and you will feel free as a bald eagle or free as a Pierre!