I’ve been wanting to travel to Istanbul, Turkey for such a long time. This September I finally got the opportunity and had a really great time! Normally, it’s bad to get your expectations too high but this time I lucked out because all were met or exceeded!

Click HERE to check out the Istanbul Park Hyatt! 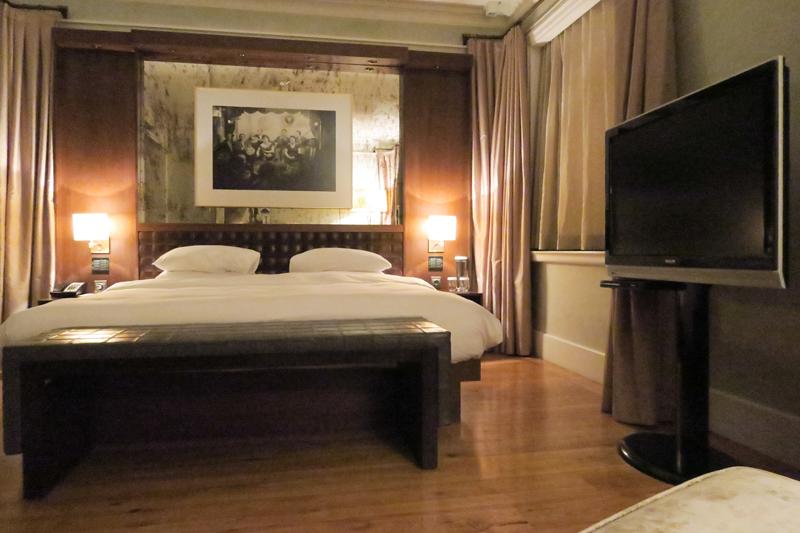 I arrived early in the morning after a long flight from Seoul. My first impression of Turkish people was amazing because they charged me the right amount in the first taxi I took which made Pierre very happy! The first two nights I stayed at the Park Hyatt Macka Palas which wasn’t too far of a drive from the airport. I arrived late at night so the roads were empty. 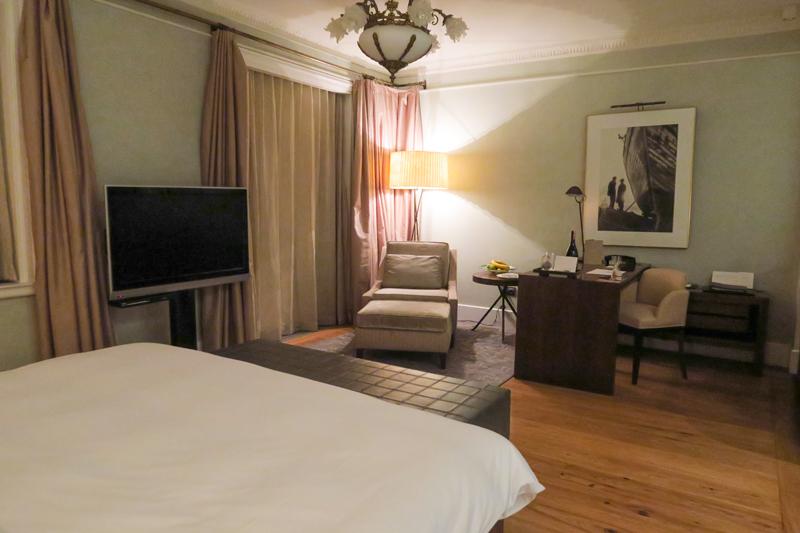 My only major plan in Turkey was to eat good food and catch up with my friends. I was able to eat some amazing food, stay at some phenomenal hotels and do some sightseeing along the way also! 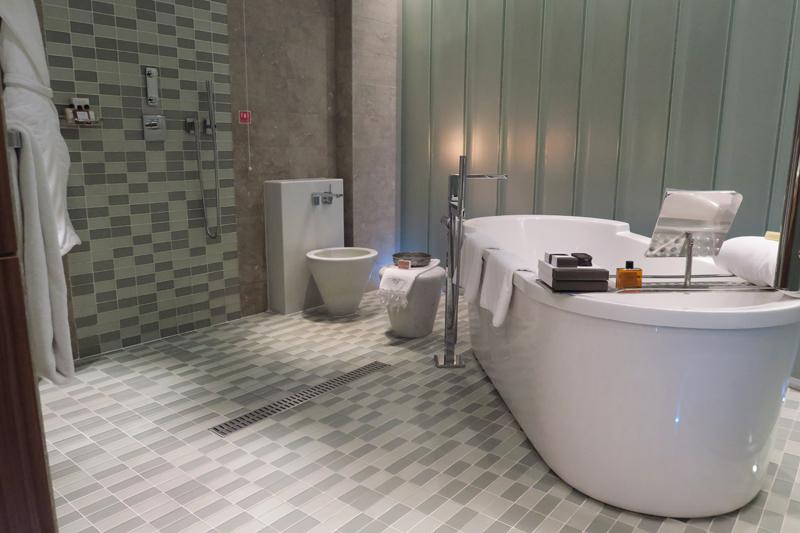 Anyways, let’s get focused and get to the Park Hyatt Istanbul. Pierre prefers the finer things in life so he secured an upgraded spa room. He was not disappointed. The room was huge and it included a private steam room, giant bath tub, Turkish bath area, private bar and a view of the pool.

The staff hooked me up majorly too and surprised me with a bottle of Turkish wine, Turkish candies, olives and cheese and some Turkish beers to make sure I was feeling loved. I ate the candies throughout the stay which made me feel happy and fuzzy. I felt like they were training me to like them with candy similar to how you train a dog. That’s fine because it worked! Note to others, reward animals and Pierre with candy to teach quickly. Wink. 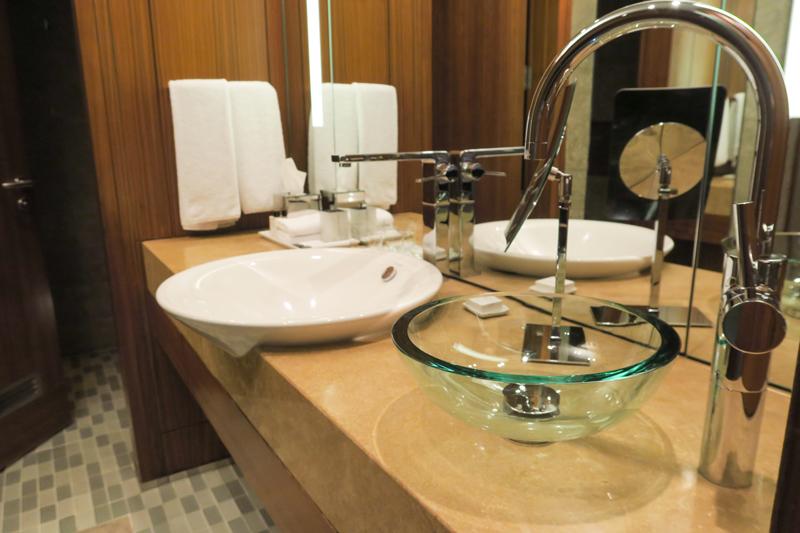 During the stay every single member of the hotel staff was on top behavior at every interaction from the moment I walked in the door to the moment I left two days later. This is definitely something to note because normally I will meet at least one person who is not all smiles but that wasn’t the case at the Park Hyatt Istanbul. There was one women who never wiped the smile off of her face for every time I saw her! 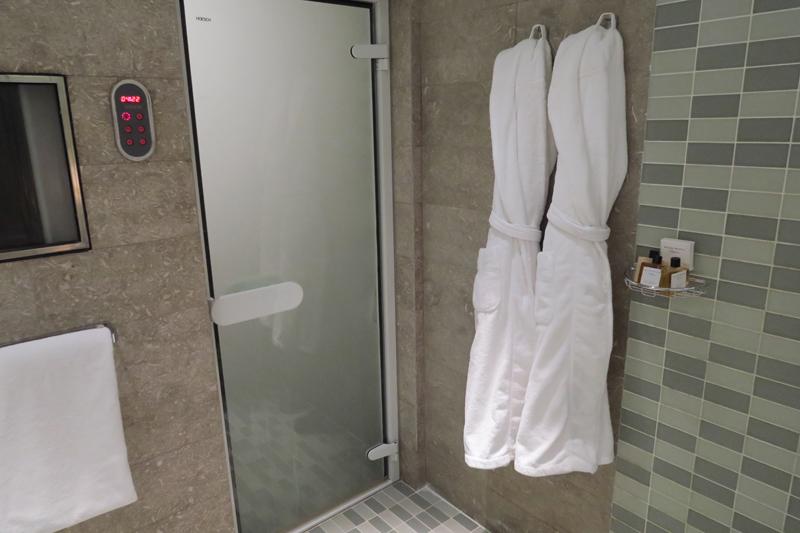 The time difference from South Korea was five or six hours so I was a bit groggy and had to sleep it off. However, first I was so excited to try my private steam room out I took a quick schvitz before hitting the sheets the first night. Once you press the on button the steam starts to fill up the room in about 10-15 minutes. It was super fast and convenient to get hot and sweaty. The steam room was a perfect lullaby. Before I knew it I was counting sheep!

After a few hours I awoke and hit the gym to compensate for the food I wanted to get in me later that day. The gym had quality equipment but is on the smaller side. Don’t fret! It’s still completely possible to get your full swole on. Work smart not hard.

After finding my happy place at the gym I headed back to the room to get a shower and another steam before breakfast. The dining area for breakfast is super nice and I really enjoyed the design. They have a glass ceiling which lets a lot of light in to make it feel like you’re sitting outdoors on a patio. Well played Park Hyatt. Well played. 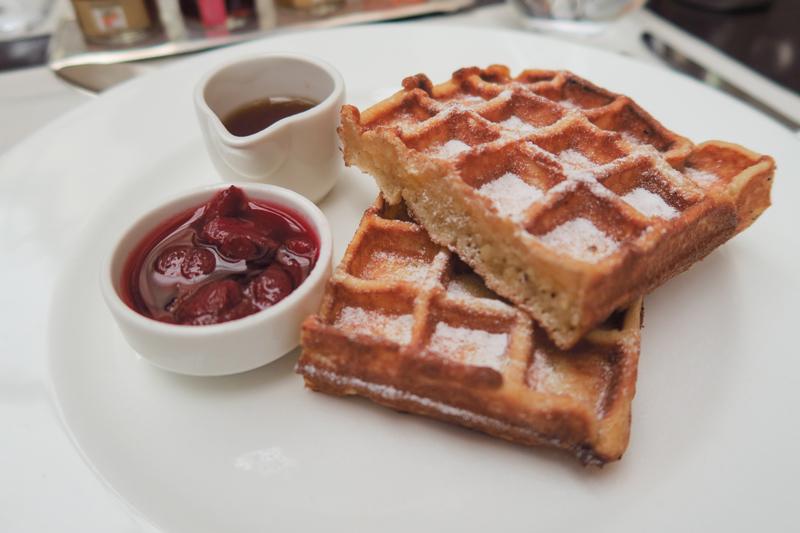 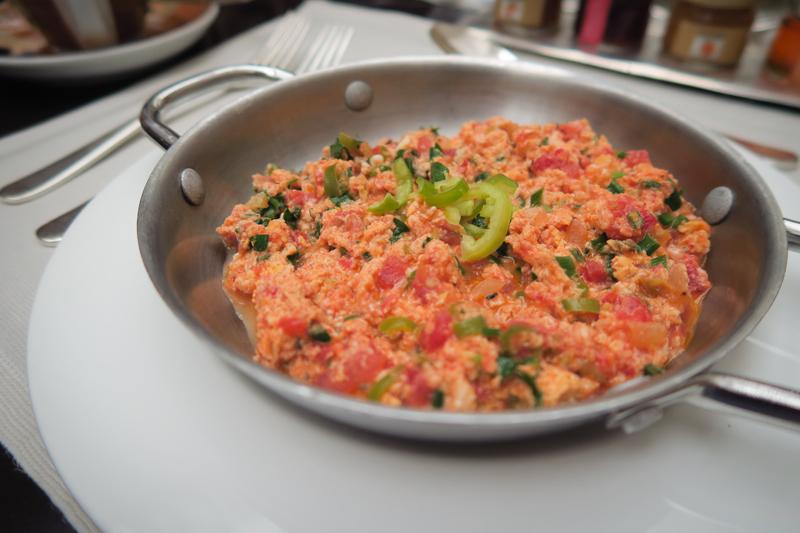 The breakfast buffet is on the smaller side also but everything I ate had a great taste. Quality over quantity. They have an à la carte menu which is really what you should focus on and I was able to try my first Turkish meneman and some waffles. Both were amazing. For the people who don’t know, meneman is basically the Turkish version of scrambled eggs which included some nice herbs and spices. It was divine and exactly the type of protein I needed after working my guns in the gym. 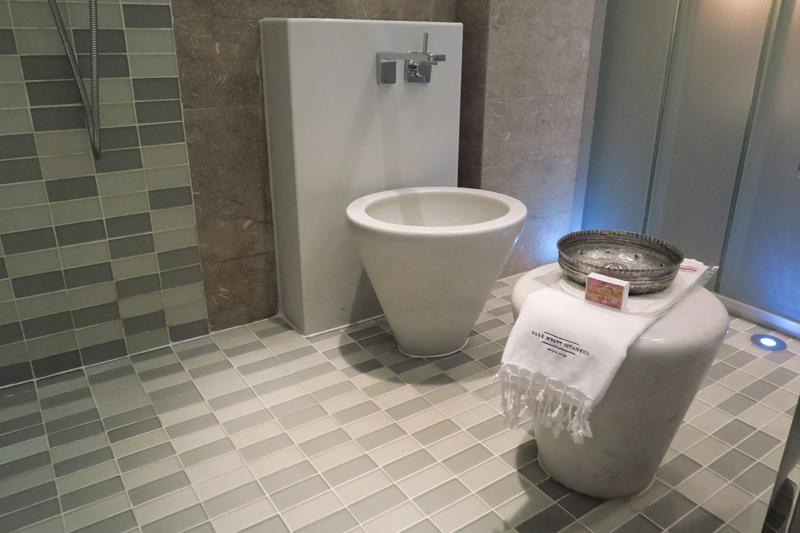 What I realized about the Park Hyatt Istanbul is that overall they really focus on quality over quantity. You can see this everyone from the rooms themselves to the food to the quality of service which they do all exceptionally well. If you want a very comfortable hotel with great people, food and service then you should stay at the Park Hyatt in Istanbul! Two thumbs up! 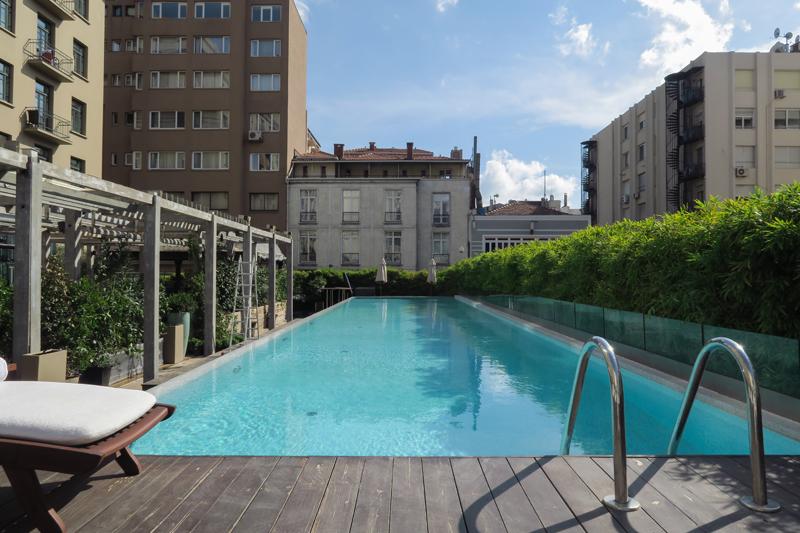 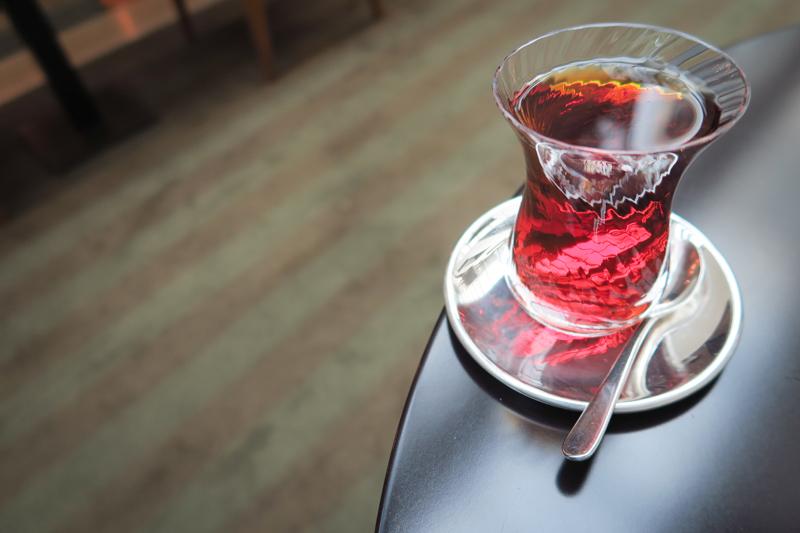 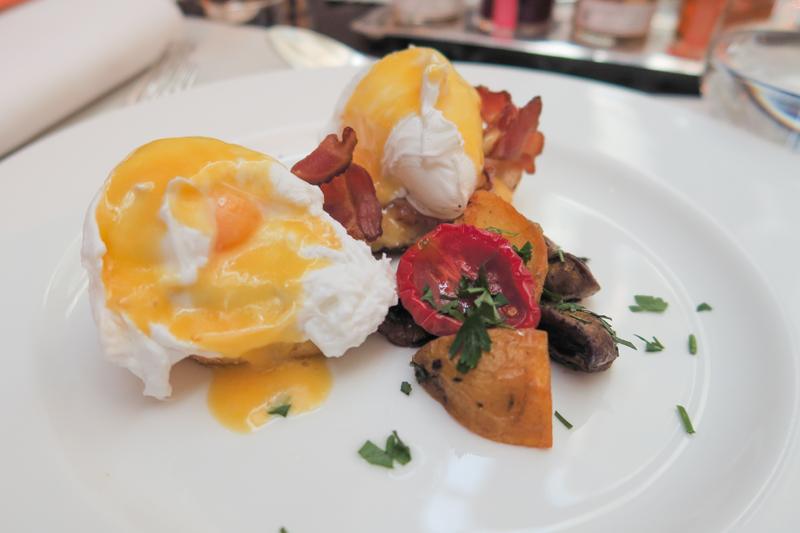