My time in Italy is already over. I spent two nights in Milan, Venice and then Bologna. I enjoyed every part of my Italian experience! It was all very magical and I can’t wait to return. The final destination in Italy was like I said, was Bologna. This ended up being my resting place before the rest of my travels to Eastern Europe. I spent most my time in the Una Bologna hotel recuperating from my wild days in Milan and Venice. 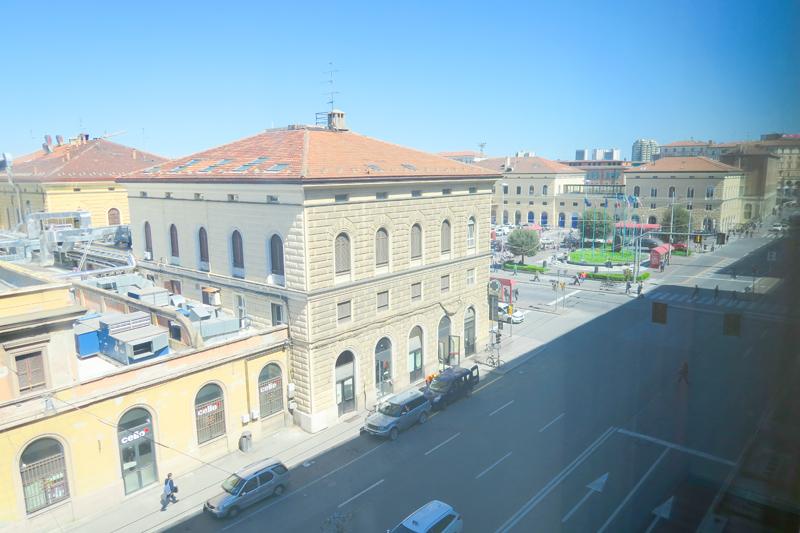 To get from Venice to Bologna I took the train which was two hours and only costs €13. You can take the high-speed train and save half an hour but it costs more than double the price. When you arrive in Bologna, you can basically just cross the street and you’re at the hotel. Another convenience is that the airport bus departs from the same train station, so everything is super easy. If you want to go downtown, it only takes a 10-15 minute walk. 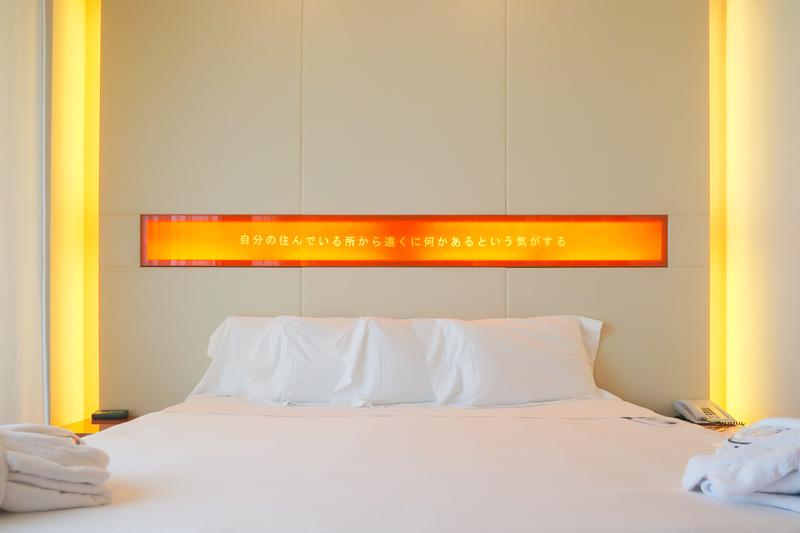 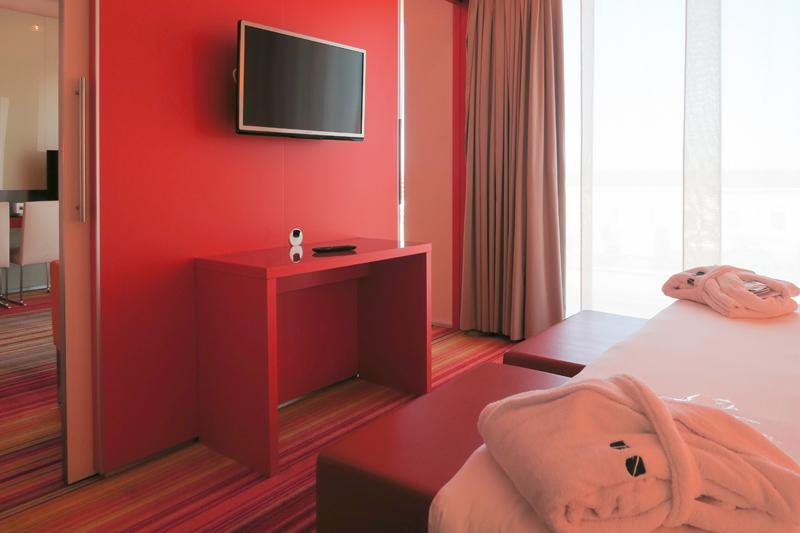 Normally, I stick with high-end luxury hotels, but sometimes I mix it up when I want to try something different. This hotel is not luxury, but it is still very nice. With that said, the room was actually very stylish and I quickly fell in love with the design! 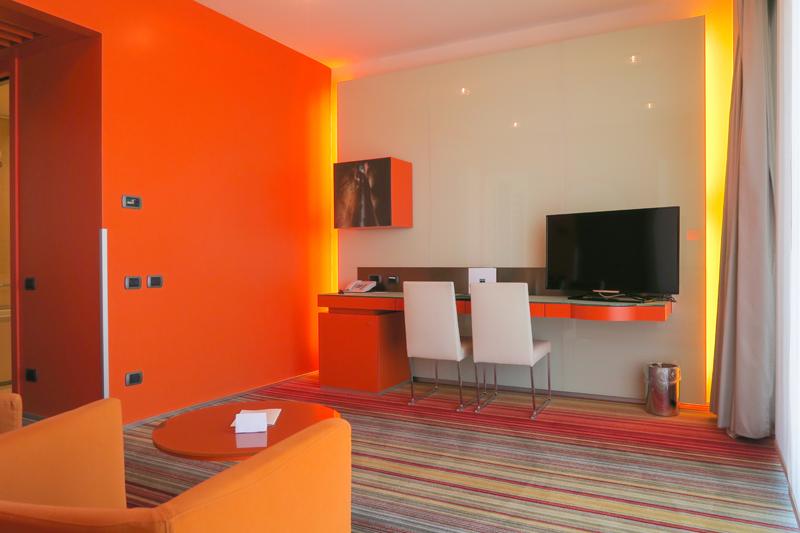 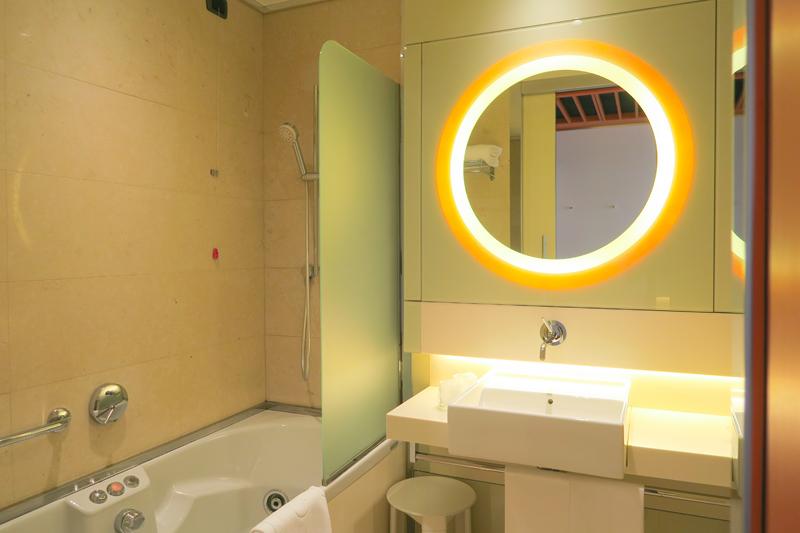 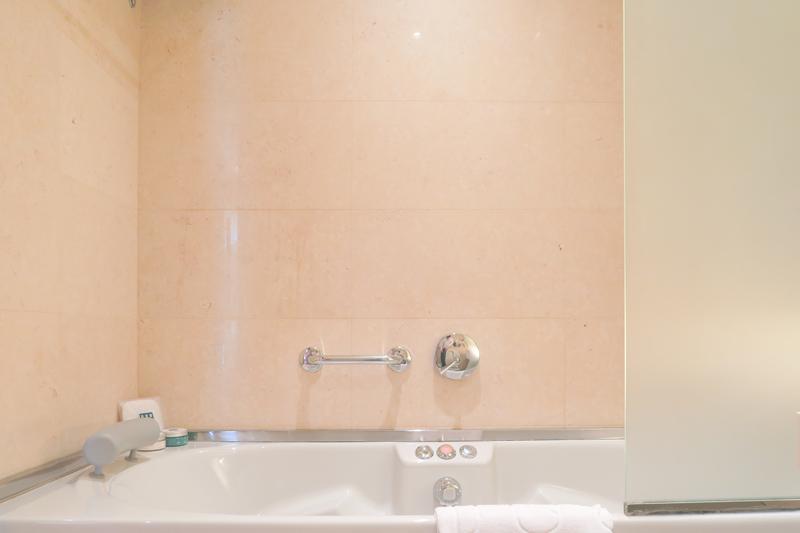 I can start by saying that it was huge! There were a total of three rooms and a full bathroom. First was the living room, where there was a desk for working, which I used a lot. Second, was the bedroom. Third, was a relaxation room and closet. This is the first time I have ever seen a massage chair inside of a hotel suite. A very cool feature! 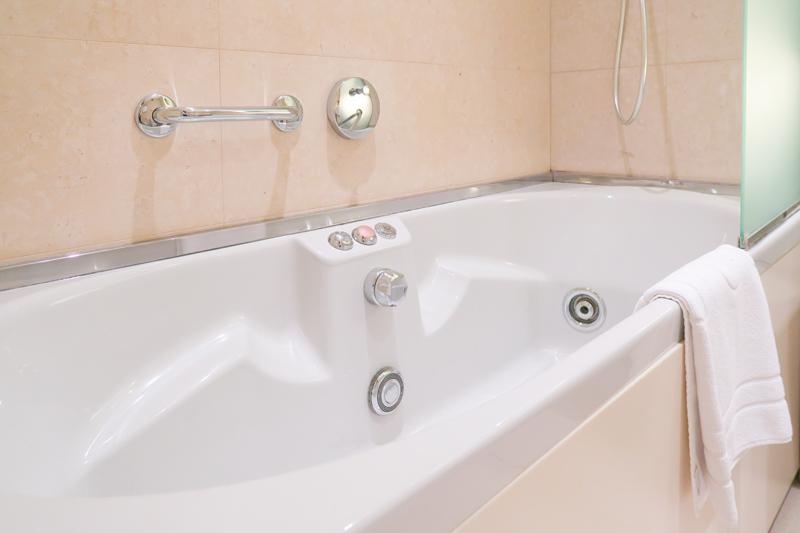 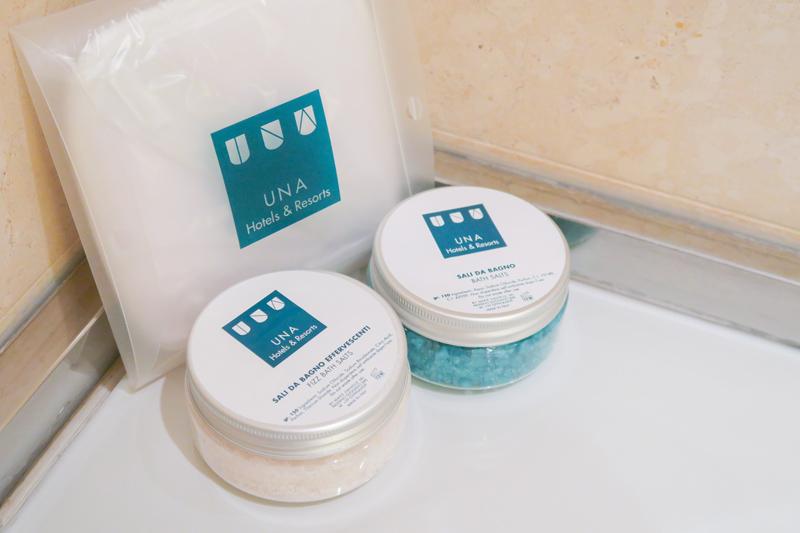 I also really enjoyed the bathroom! They had a jacuzzi tub, complete with bath salts. The hotel didn’t have a spa so I think that they balanced this out by making the rooms into places for relaxation, which is a great idea. Both days I took a bath with the salts and jets on full blast. Legs like linguine. 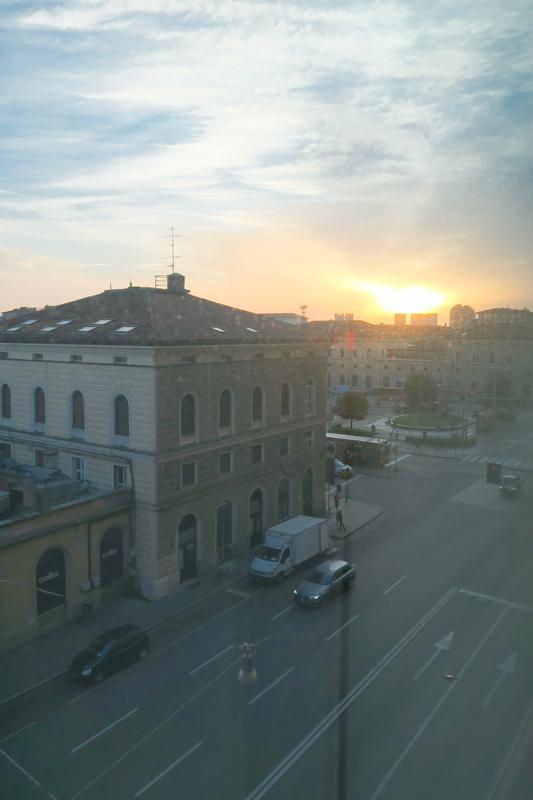 The view from the room was also beautiful and it was perfect for people watching. I even caught the sunrise the second morning! 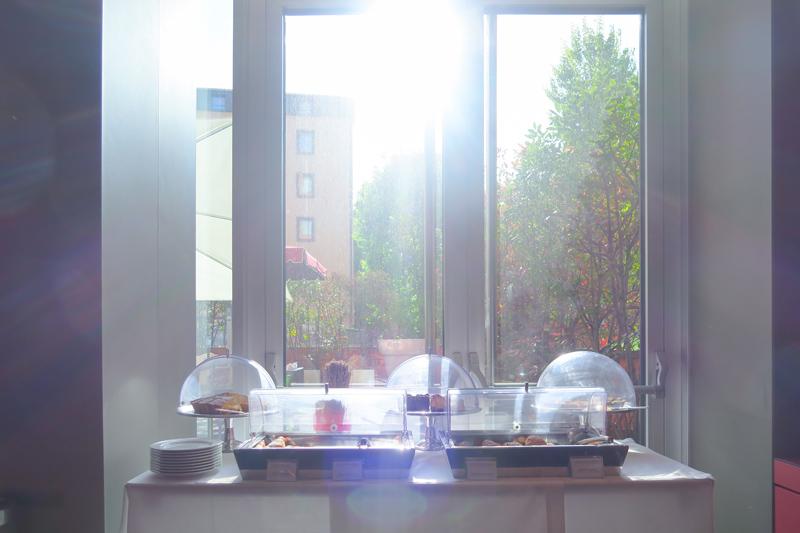 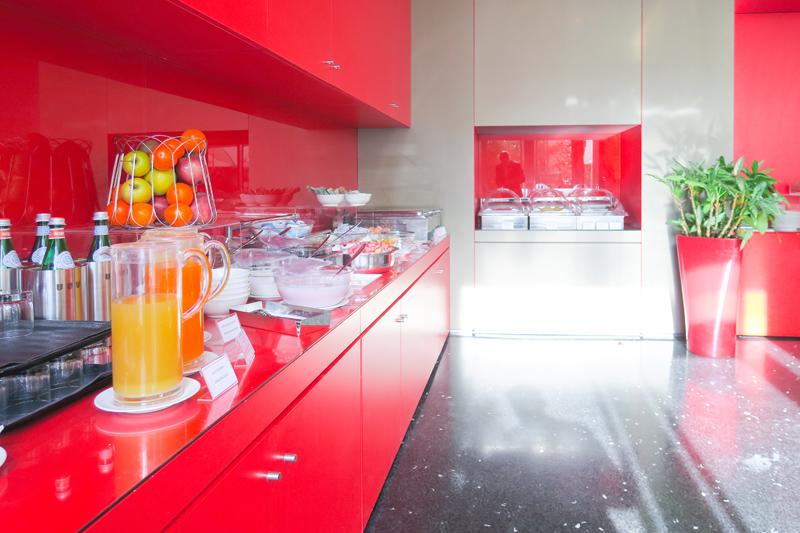 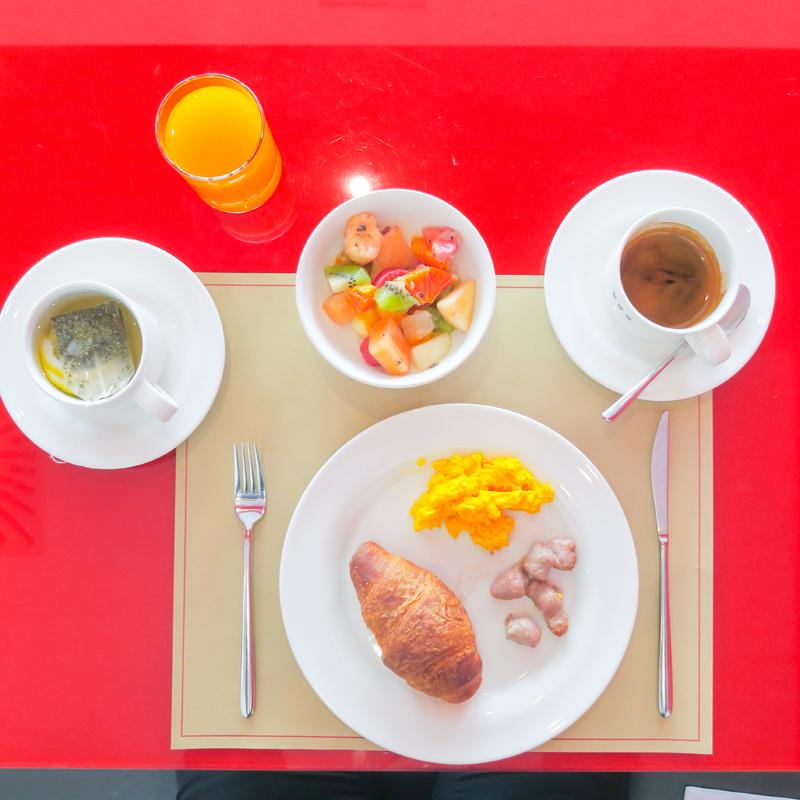 Breakfast was on the ground level, next to the lobby. They have both indoor and outdoor seating which I’m sure would be quite nice in the summertime. The breakfast had all of your must-have’s for Westerners. The food was actually high-quality and tasty. They have a large selection of tea, Pierre approves. 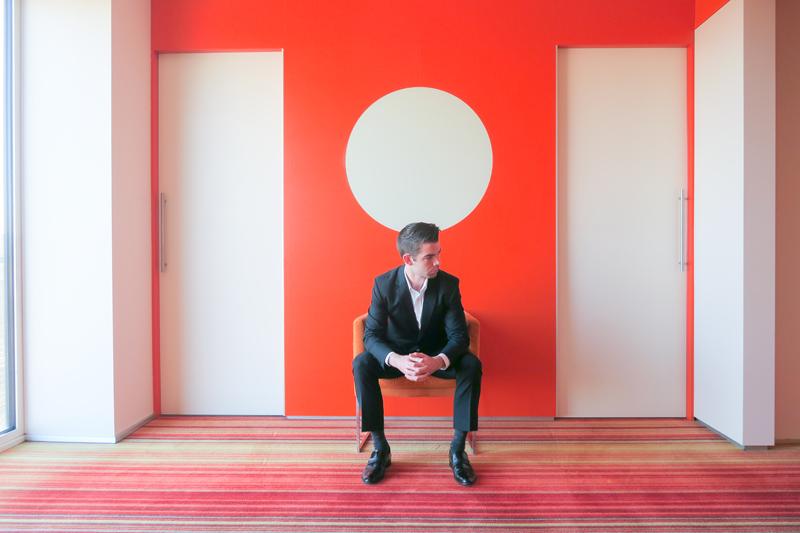 The Una hotel in Bologna, Italy was a great switch-up from what I’m used to. I can appreciate the design inside the hotel and all of the extras that the rooms have. This is a hotel where you can go to easily explore Bologna. They also offer a truly great service. All in all, the business-oriented Una hotel has a solid offering and if it meets your requirements I would highly recommend a visit!

Reserve YOUR room at the Una Hotel Bologna Now!
My time in Italy is already over. I spent two nights in Milan, Venice and then Bologna. I enjoyed every part of my Italian experience! It was all very magical and I can't wait to return. The final destination in Italy was like I said, was Bologna. This ended up being my&hellip;
Una Hotel Review (Bologna, Italy)
Una Hotel Review (Bologna, Italy)
Pierre 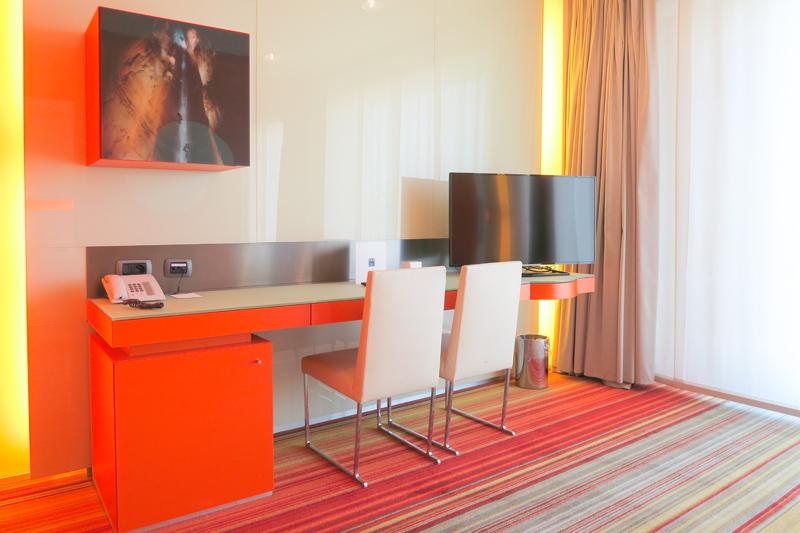 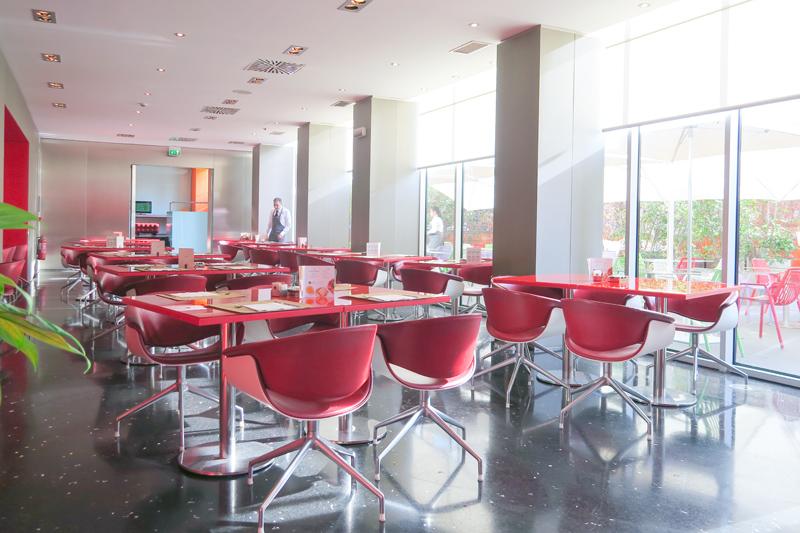 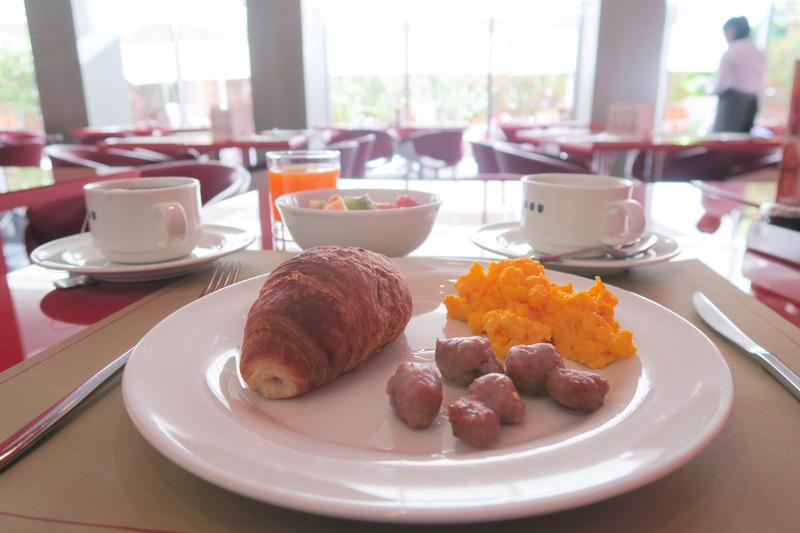