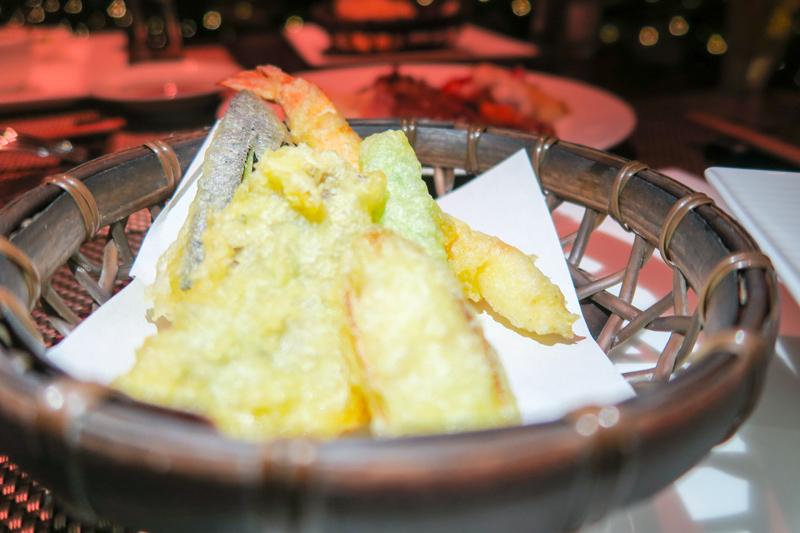 First and foremost, the dining room has a magnificent view of Tokyo Bay. They have decorated the outdoors with beautiful lights which create a very warm and romantic setting. There are several areas in the dining area where you can find food and drinks. There is a specific place for Japanese sushi as well as tempura. I’ll just tell you now that this is what I focused on during the dinner. 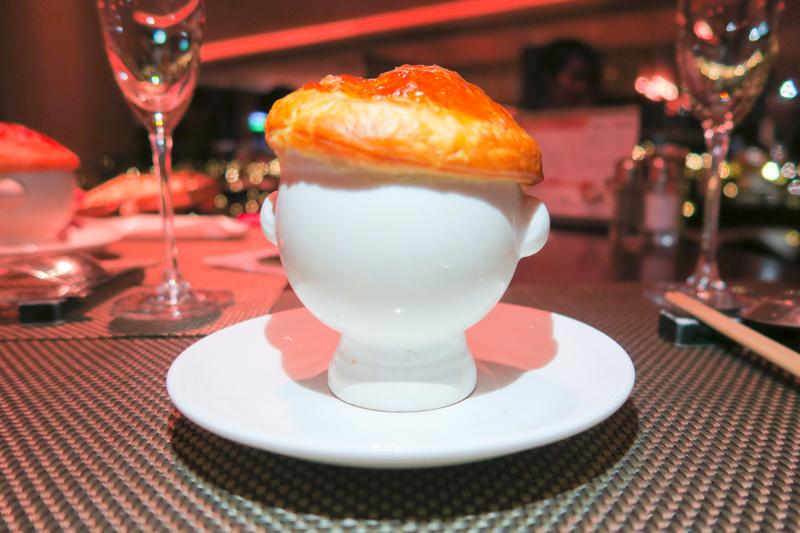 To get started, they sent out a soup that was similar to a French onion soup. It looked like a little cartoon head with a beret. Very tasty and adorable. At the same time, they also sent out some champagne which is always a great way to begin a feast! 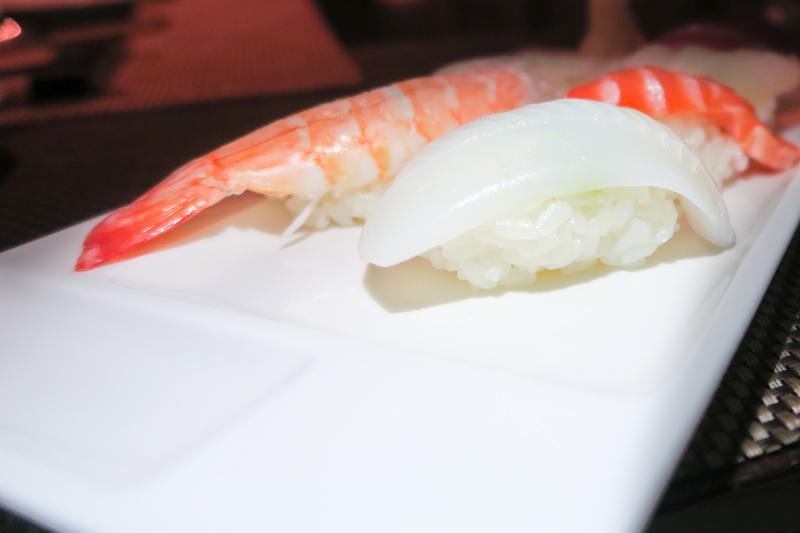 After this point, we were set free to raise hell on the buffet. Obviously, I sprinted straight towards the sushi. I loaded up with everything they had. Being in Japan, you would think the sushi would be exceptional. Although the sushi was decent, it was not mind-blowing. The tempura was tasty. I filled up on both of these. Pro tip: I would focus on the sushi roll instead of the sashimi. 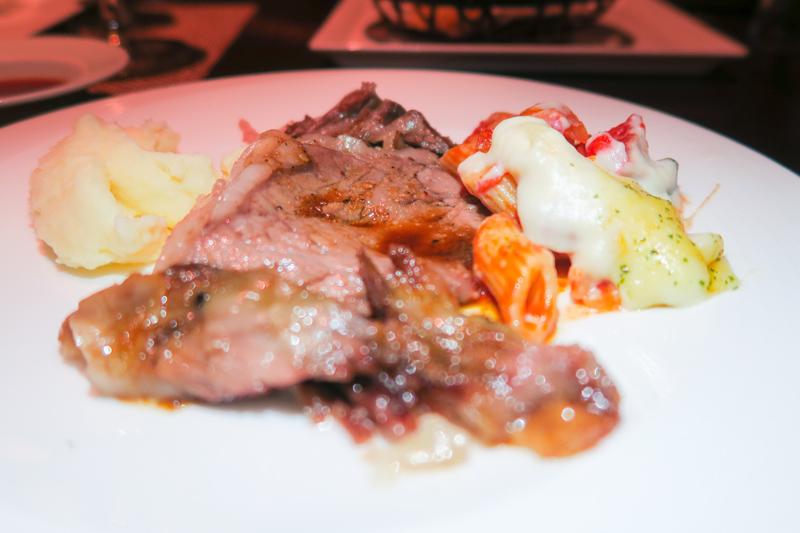 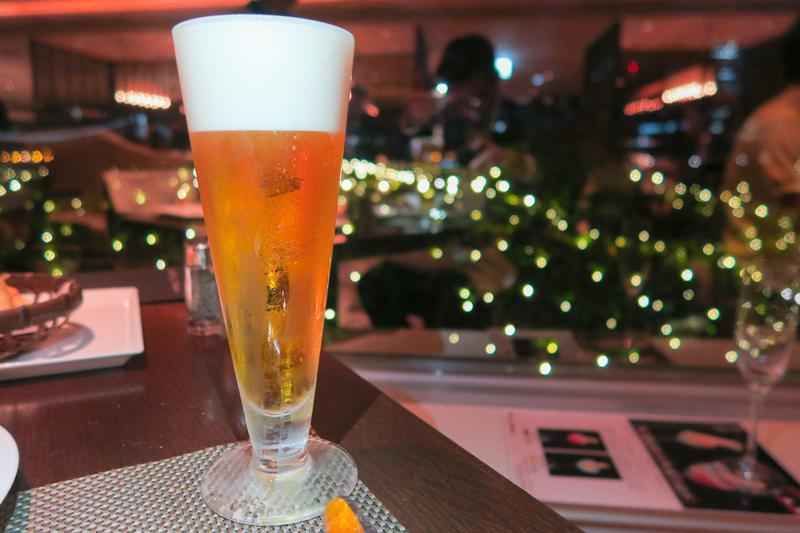 Soon after, I sampled other items from the buffet. I would have to say that my favorite item of the entire meal would be the roast beef. There was a perfect combination of fat and meat to just melt in your mouth. All this was accompanied by free-flow alcohol. They have a separate menu for included cocktails and drinks as well as upgraded drinks. Bring on the Asahi beer! 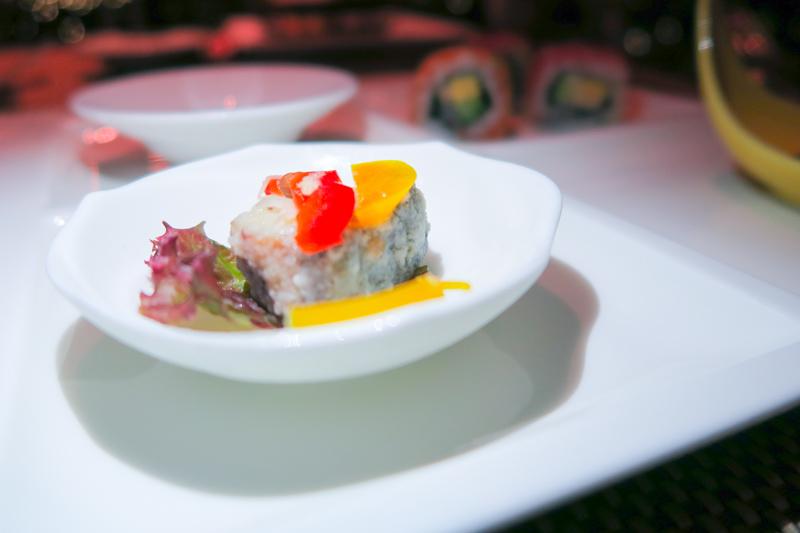 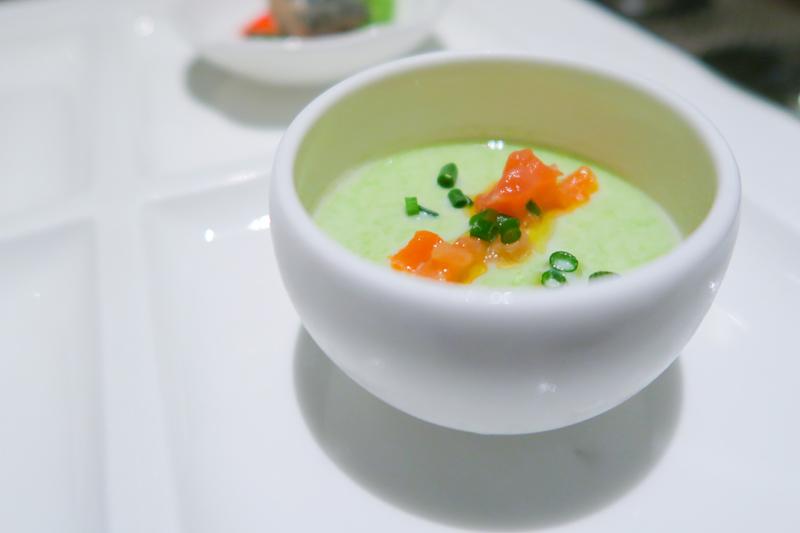 As with many Intercontinental dining outlets around the world, they offered a wide variety of small bite-sized dishes. These always look beautiful. These had some of the best taste out of everything. 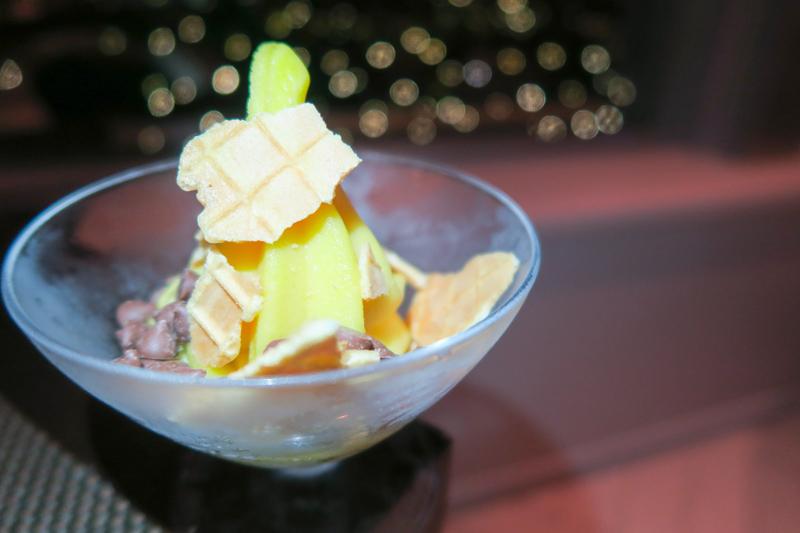 For dessert, they offered several options. To get the wow factor, they had a chocolate fondue fountain. However, Pierre stuck with the ice cream sundae. I ordered the mango ice cream and added some goodies. All in all, I really enjoyed the atmosphere, the food and the service at the Chef’s Live Kitchen buffet at the Tokyo Bay Intercontinental hotel. Although some of the food could’ve used some improvement, all of the other parts of the puzzle were in order. I had a wonderful evening and I’m sure you will too if you visit Chef’s Live Kitchen inside of the Intercontinental Tokyo Bay hotel.