When I was arriving in Mexico City, I never imagined that I would be eating French cuisine! However, the last final meal of my stay at the InterContinental Presidente Mexico City located in Polanco, I went for an extravagant meal at their French Restaurant known as Au Pied de Cochon. Au Pied de Cochon is a very well-known restaurant throughout the luxurious Polanco and the rest of Mexico City. I honestly didn’t know what to expect, but I was ready to discover what they had in store for me! 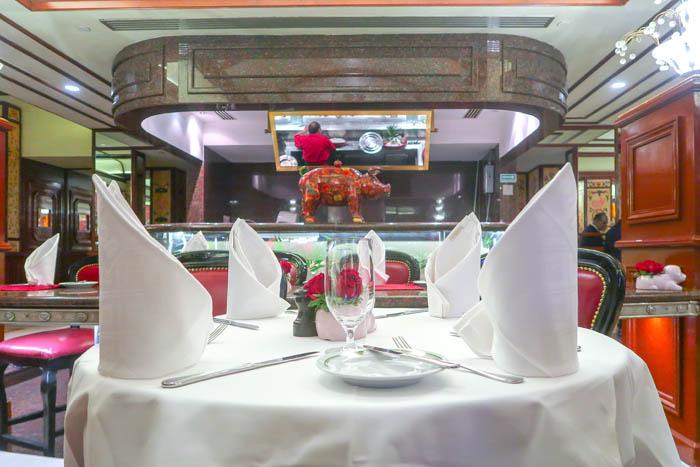 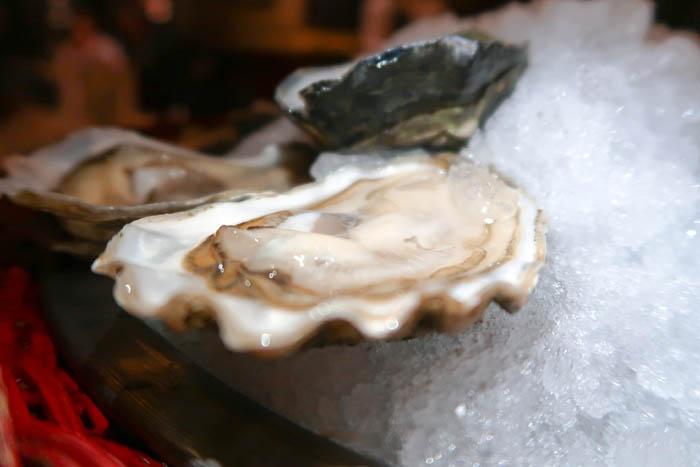 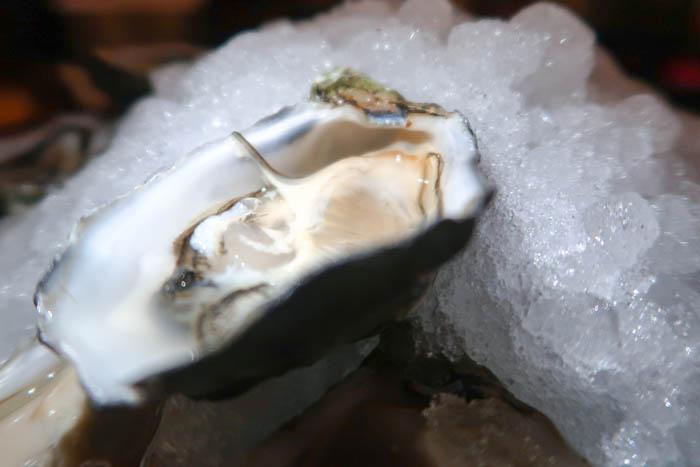 My excitement grew as soon as I saw the variety of dishes on the menu. To get started, I ordered an oyster platter which included both Mexican and French oysters. It was definitely interesting to try the Mexican oysters for the first time, which were a bit smaller and less meaty than their French counterparts. My preference still lies with the French oysters, which were just bursting with flavor. 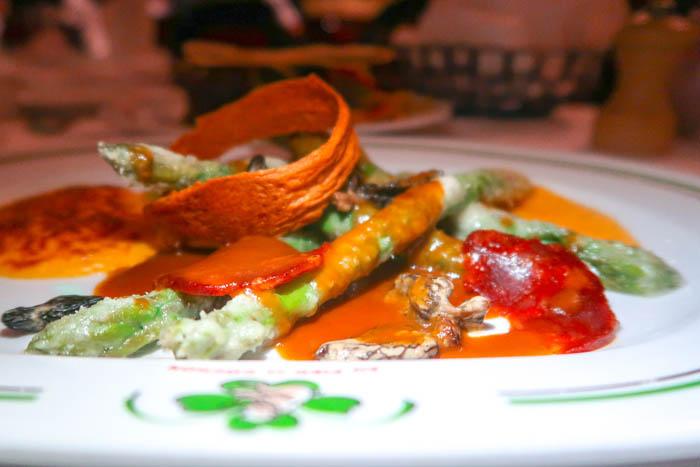 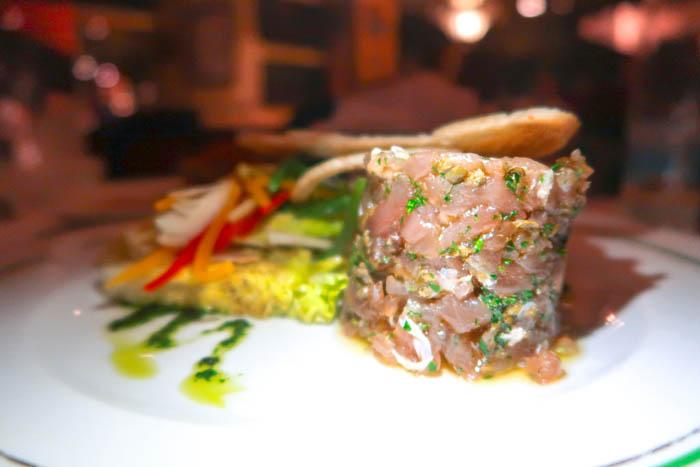 Next I ordered the Tuna Tartar and an asparagus dish. The asparagus was perfectly cooked with a firm and crispy texture served with melted cheese, morel mushrooms, preserved tomato, and chorizo. Both of these dishes were the perfect perfectly balanced, I didn’t need to add anything! The tartar was a bit sour (just as I like it) with the citrus and the asparagus was rich with the cheese and the morel mushrooms, so the two dishes balanced each other. I grew up eating morel mushrooms so this had a bit of a sentimental feeling to my experience! I think these are my favorite mushrooms ever. 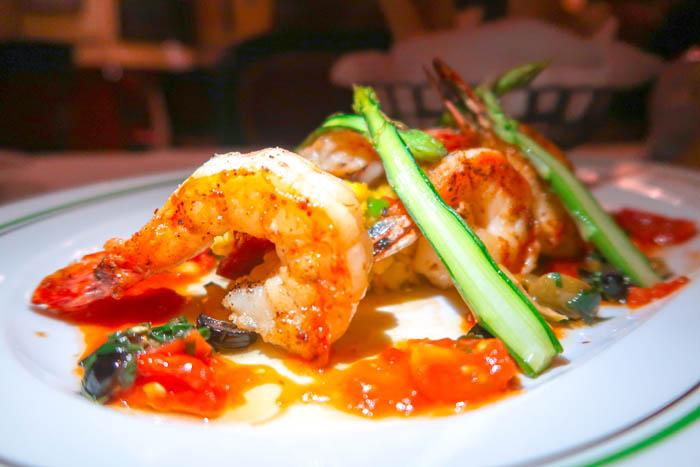 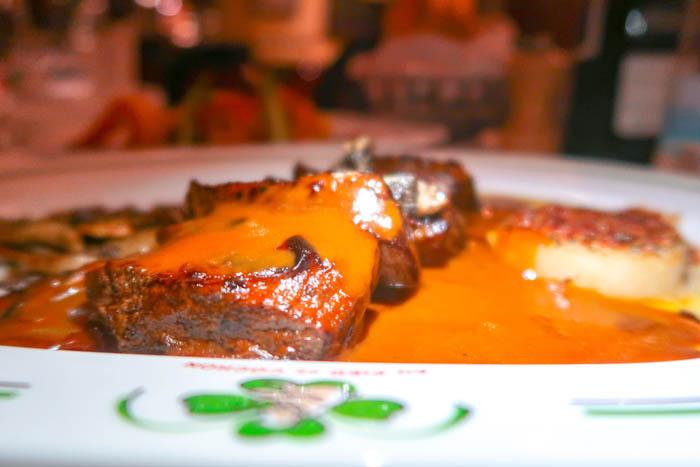 It was about this time when I was served a bottle of Orin Swift Cabernet Papillon which is a tradtional Bordeaux blend of Cabernet Sauvignon, Merlot, Cabernet Franc, Petit Verdot and Malbec. Perfect for the dishes ordered! For the main course, I ordered the beef fillet with morel mushrooms, preserved potato, serrano ham, sage, black truffle, and sautéed mushrooms and the roasted shrimp risotto with basil, olives, tomato sauce, and chorizo. Both dishes were decadent, bold, full of flavor, and helped me reach food heaven! The flavors danced across my tongue, perfection. I could go on and on but just know they were incredible, and I don’t get to always say that. 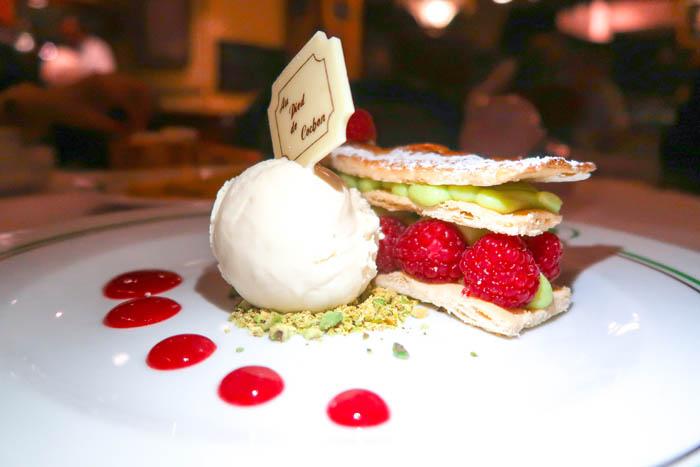 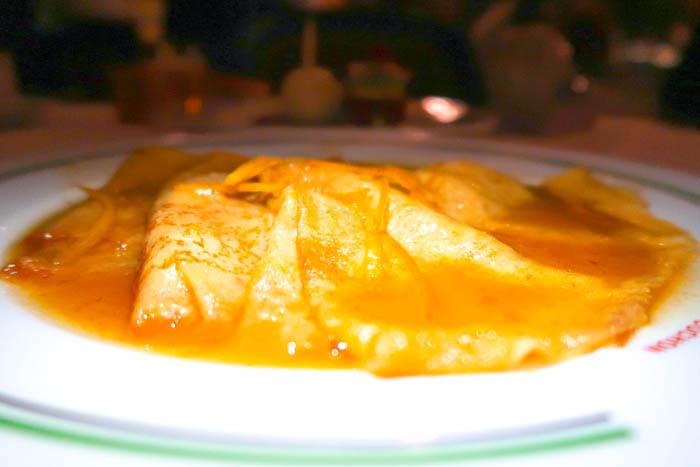 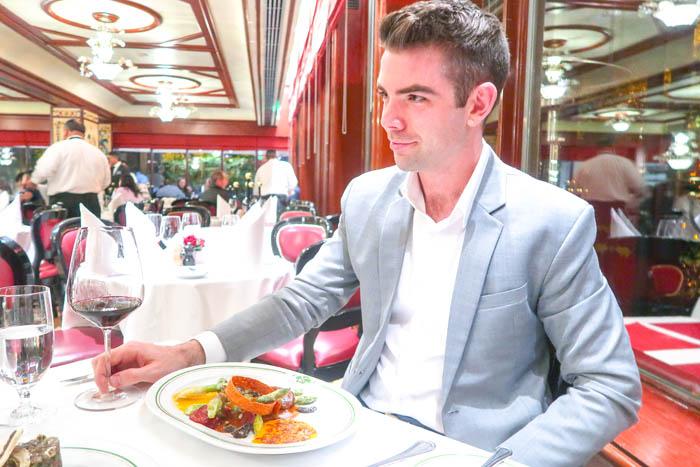 The meal at Au Pied de Cochon went off without a hitch! The service was very attentive throughout, the dining room was beautifully designed, and the food was exceptionally good. The only place for improvement would be the music which didn’t fit the atmosphere. The food was so good that I could ignore the music for most of my meal. If you’re looking for a the best French food in Mexico City, look no further than Au Pied de Cochon at the InterContinental Presidente Mexico City Hotel!