When getting started in the Mexico City food scene, I’d recommend getting a helping hand. Thus far, I have found the Secret Food Tour in Mexico City to be just what is needed to receive a good overview of Mexican Cuisine as a whole. While other tours have their specific focus, the Secret Food Tour is a bit more broad, in a good way, so you can figure out what you like, and what you don’t, so you know where to focus your time. The tour takes place in Mexico City’s Roma neighborhood which is a very trendy district, filled to the top with tasty food and a great place to ease your way into Mexican Cuisine. 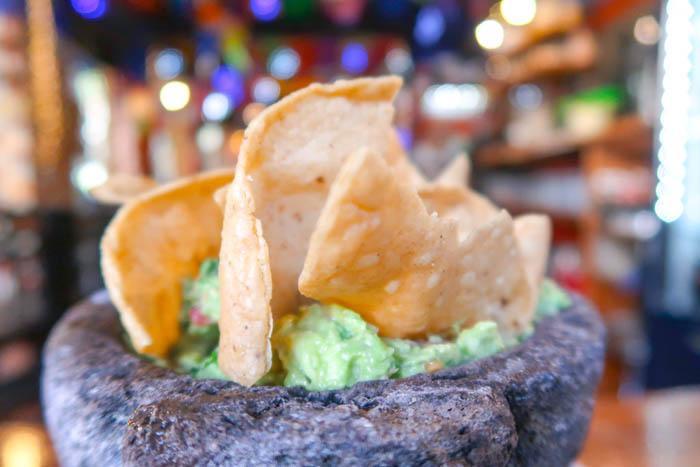 The Secret Food Tour starts in the morning at 10:30am. The first stop was to try a dish that most people are already quite familiar with, freshly made guacamole. This was at the first meeting point which was a cozy and authentic Mexican restaurant. I added some of the pickled onions and salsa for a bit more of a kick! 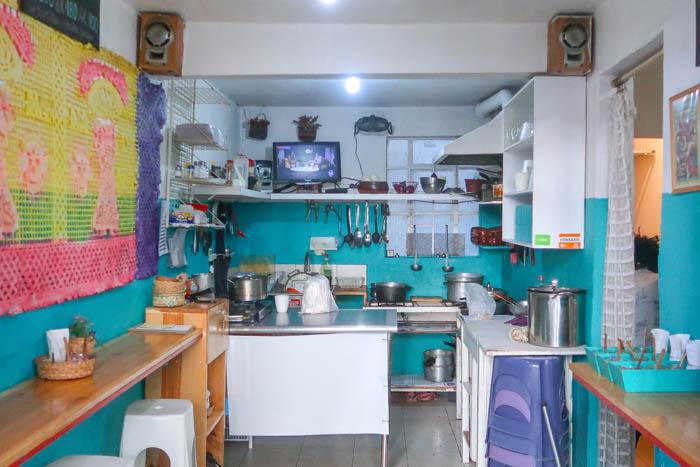 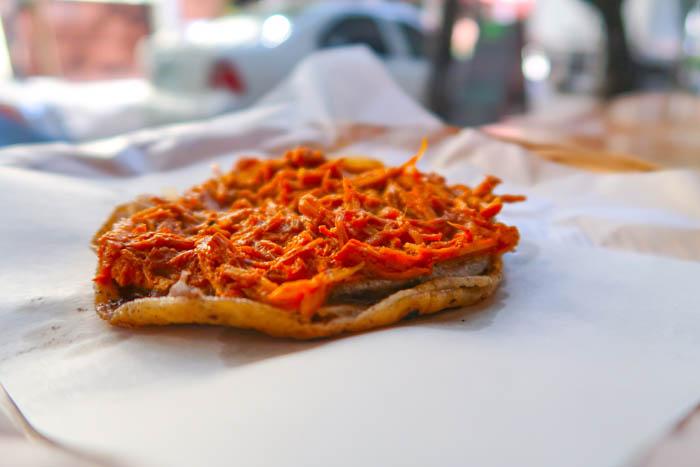 The next stop was just around the corner and my favorite of the entire tour! This was Panucho which is a typical dish from the southern state of Yucatán. It’s made with a fried tortilla, refried black beans, topped with tender pork, and pickled red onion. I had to once again add extra habanero salsa because I like it super spicy! The salsa was just what I needed to balance the dish. 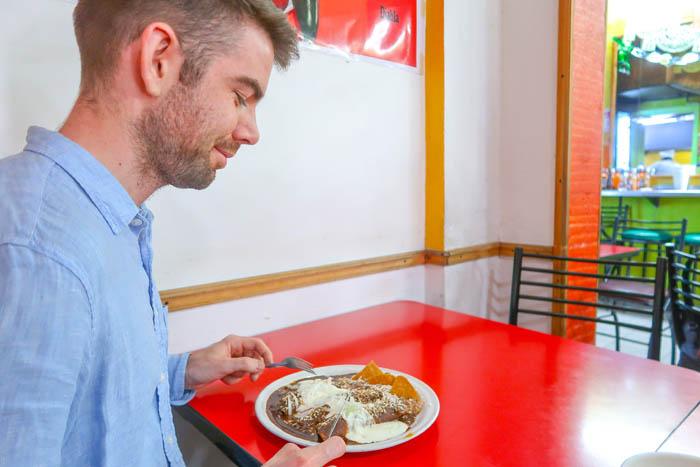 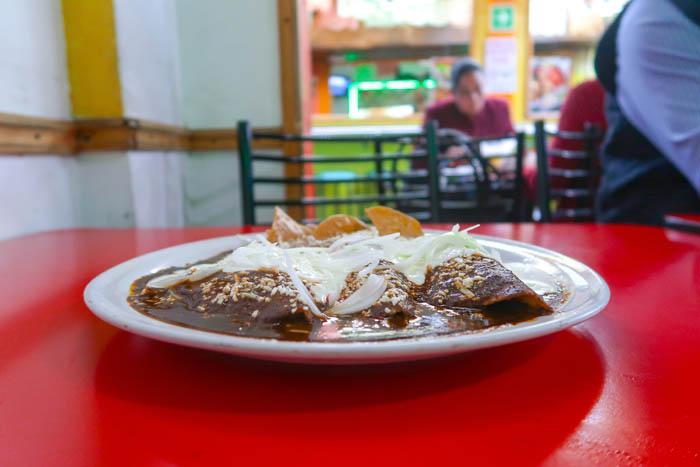 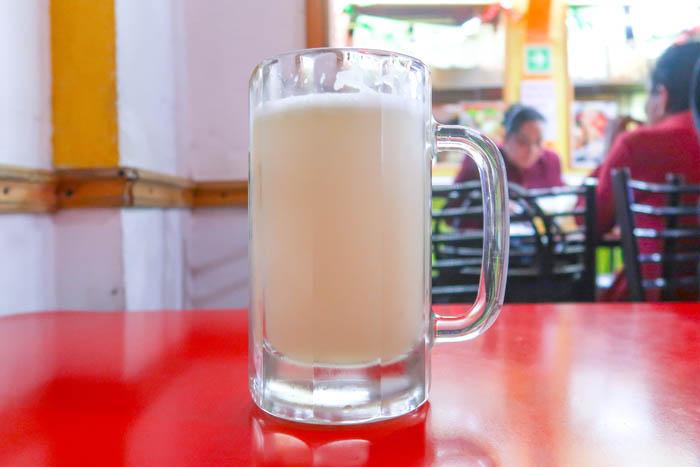 Ever since I first arrived in Mexico City, I kept hearing about a dish called Mole. Mole is generally a homemade dish consisting of a thick sauce similar to curry, served with chicken, sour cream, fresh cheese, and onion. It was very interesting dish because it actually includes chocolate, which I probably would have never thought to add. It is incredibly unique, heartwarming, and delicious. It made me want to try different varieties! It was served with a fresh glass of lemonade. 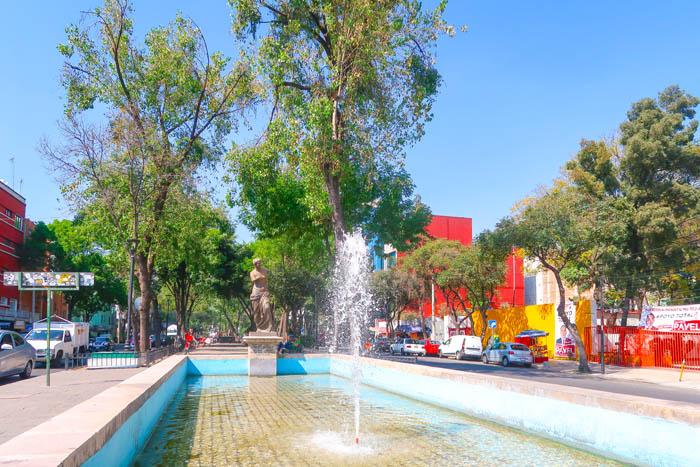 The Secret Food Tour in Mexico City is more than just a food tour! As we made our way around the city, we stopped several times to learn about Mexico City history and culture. Some topics included political information, societal issues, the infamous Mexico City earthquakes, Mexican art, and more. The food and information provided really put me on the right foot to continue my Mexico City explorations. It really helped that our guide Eduardo was a local and knew exactly what he was talking about! 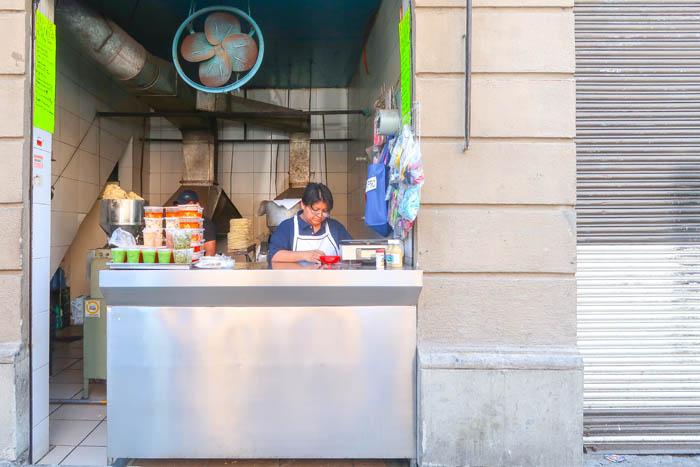 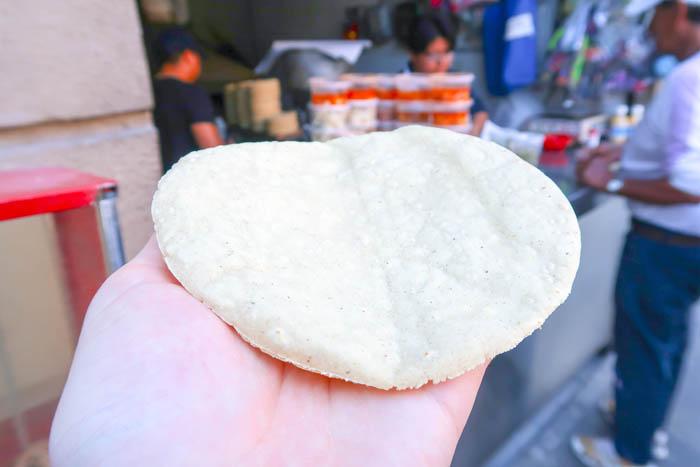 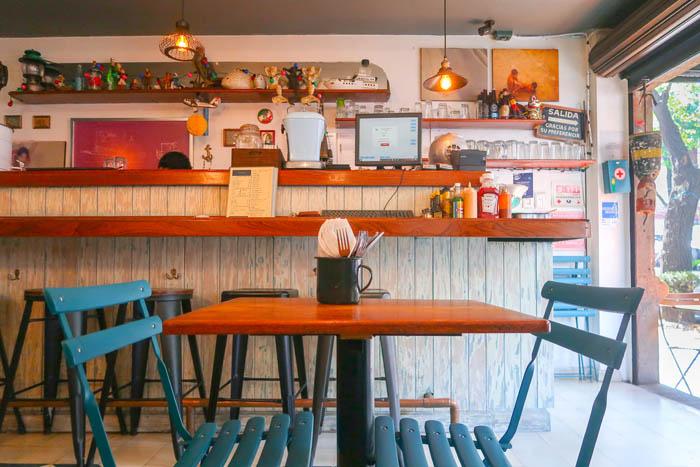 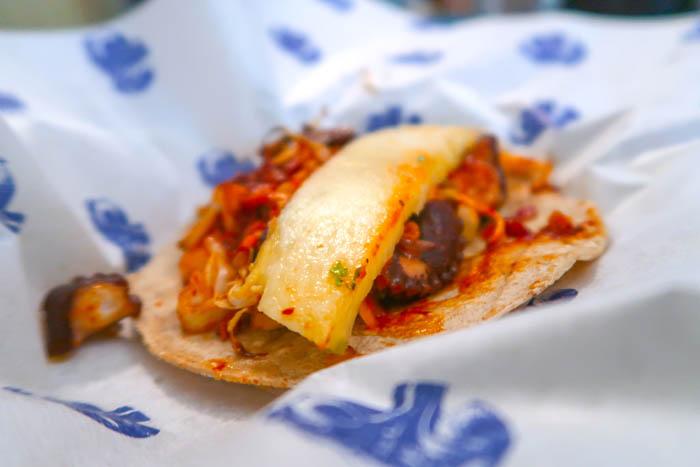 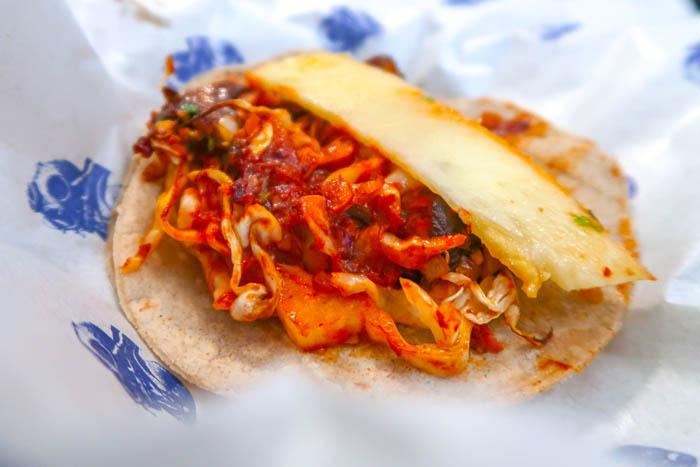 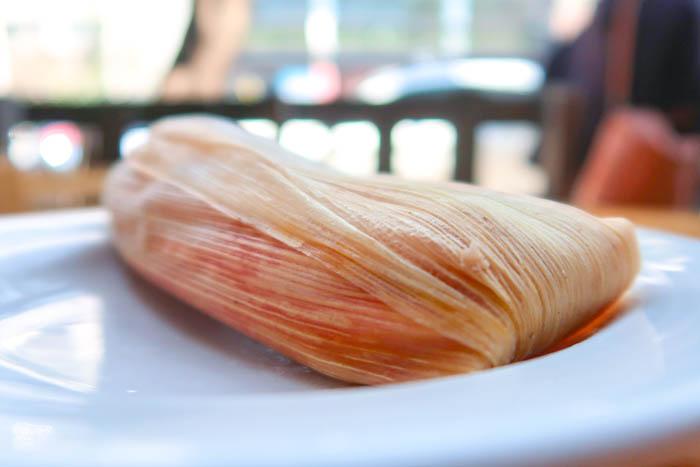 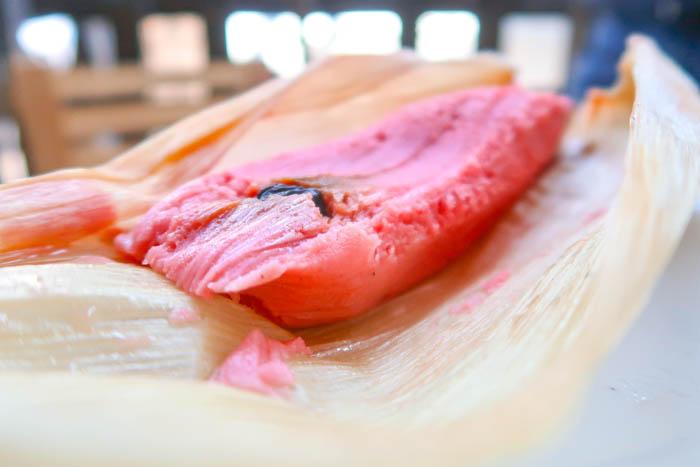 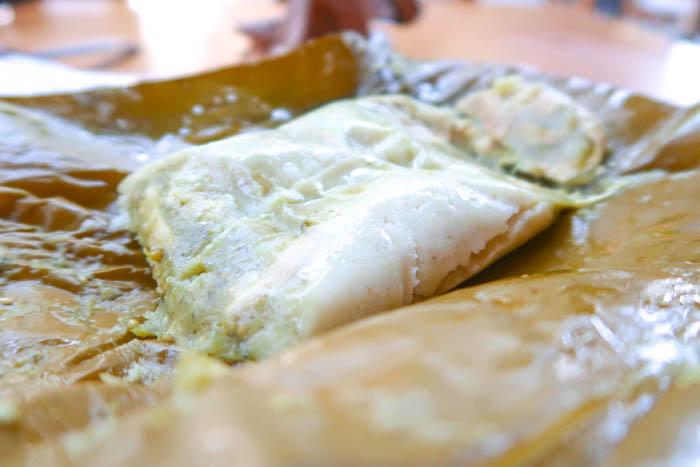 After a variety of lessons, we moved on to try a few more foods which included a quick stop at a tortilla factory to see how they are mass produced, an octopus taco seasoned with pineapple which was completely new for me, as well as freshly made sweet and savory tamales accompanied with a shot of tequila. It really was a pretty great way to spend my afternoon! 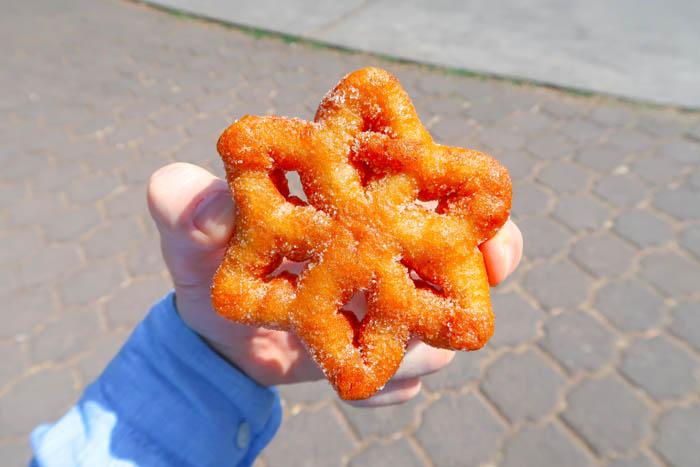 The final dish was true Mexican classic known as Encanelado which is fried dough with cinnamon powder. This was a very sweet and tasty dessert and very similar to Churros. A sweet finish to a sweet tour! 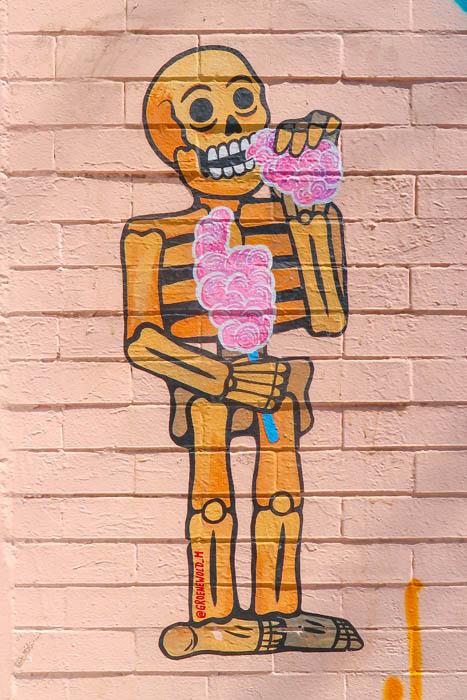 I felt that the Secret Food Tour Mexico City was a great introduction to Mexican cuisine overall! There’s not a much better place to go to explore each region’s cuisines than in Mexico City. Plus we did it all within a few hours! Along with the numerous tasty food stops there was lots of extra culture and history information to give me a view into the eyes of the locals. This was exactly what I was looking for and can easily recommend The Secret Food Tour Mexico City to start on the right foot when visiting Mexico City! 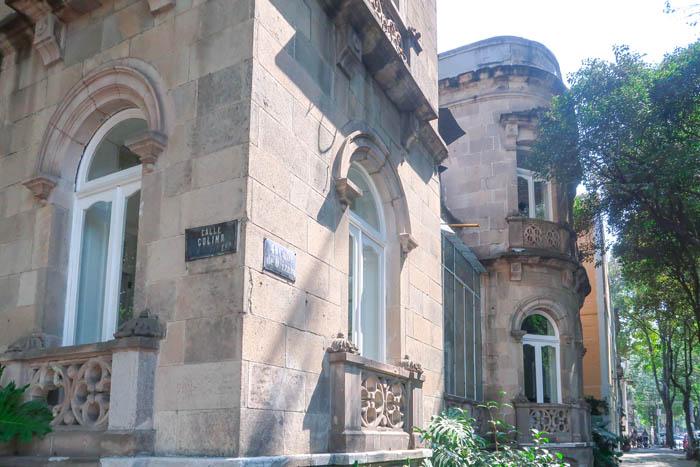