Before arriving to Mexico City, I would never imagined that there were so many neighborhoods to explore. One that I saved until the end of my trip was Polanco. Polanco is one of the most luxurious areas of Mexico City. Polanco is often called the Beverly Hills of Mexico. In between all of the fashion brands are many great restaurants. For guidance on exploring this area, I got in touch with Mexican Food Tours to join their Polanco Food Tour. 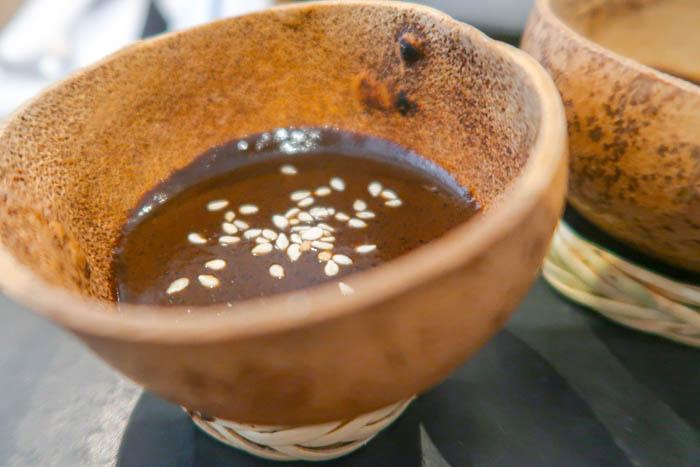 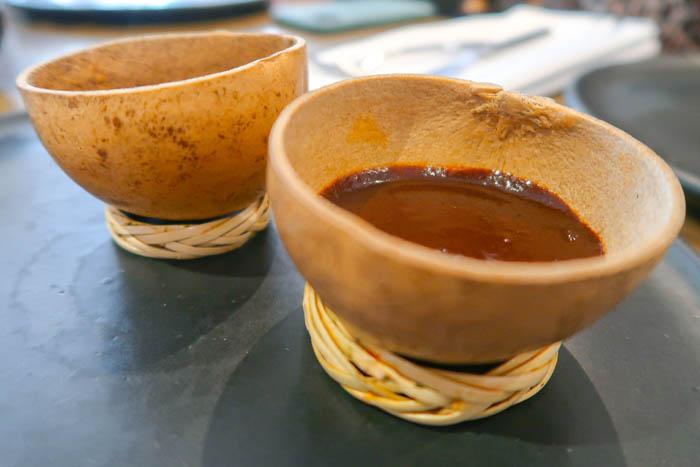 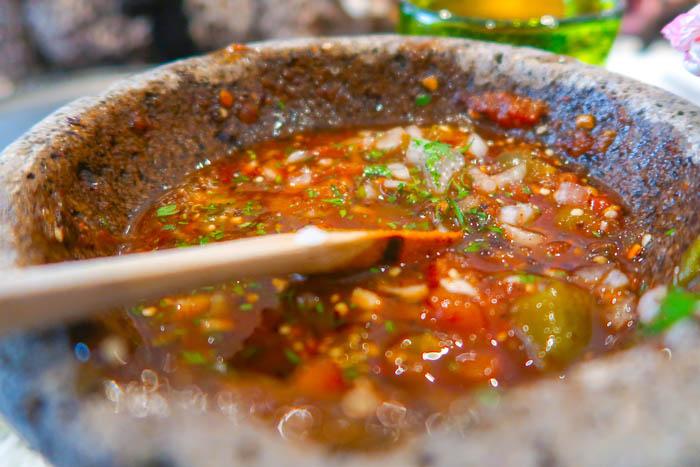 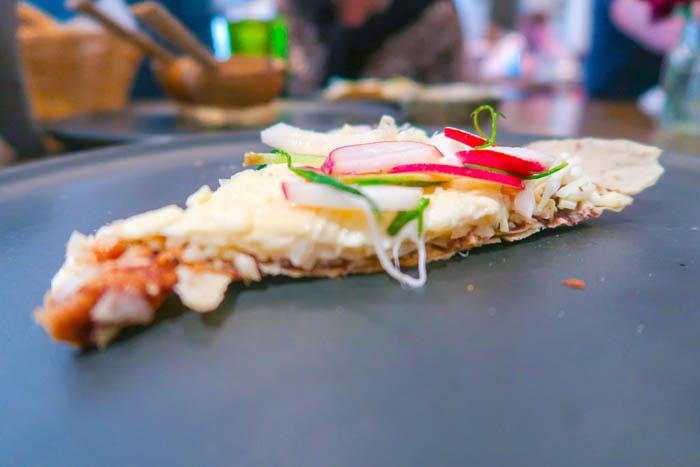 The Polanco Food Tour started at a very nice Oaxacan Mexican Restaurant. This was where we learned a lot about the famous Mexican dish called Mole. Mole is basically a Mexican curry and made by cooking down lots of different ingredients including fruit, nuts, chocolate, and spices to form a thick sauce. It is typically served with rice and chicken. At this stop we also got to try Tlayuda with cheese and vegetables. The staff prepared salsa table-side. 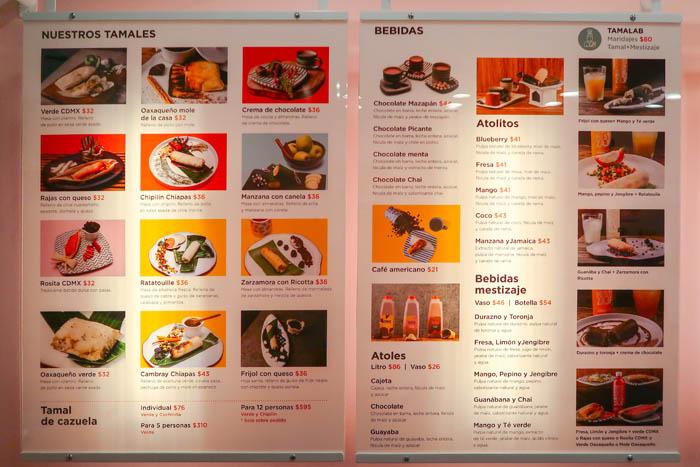 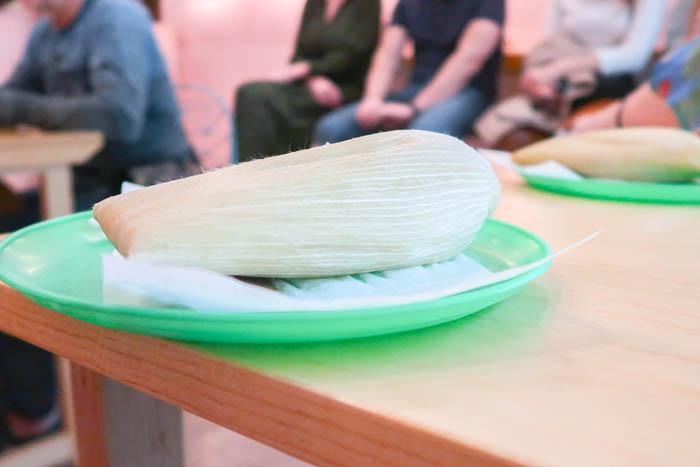 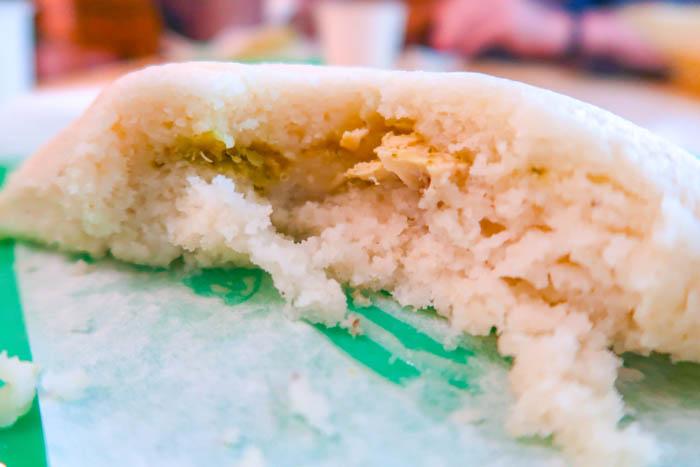 We strolled down the street afterward, and made our way to our next stop, which had the best tamale I’ve ever had! This was a fashionable and modern tamale shop with a delightful interior. What made this better than other tamales I’ve had was the texture, amount of flavor, and moistness that was missing from the average ones. 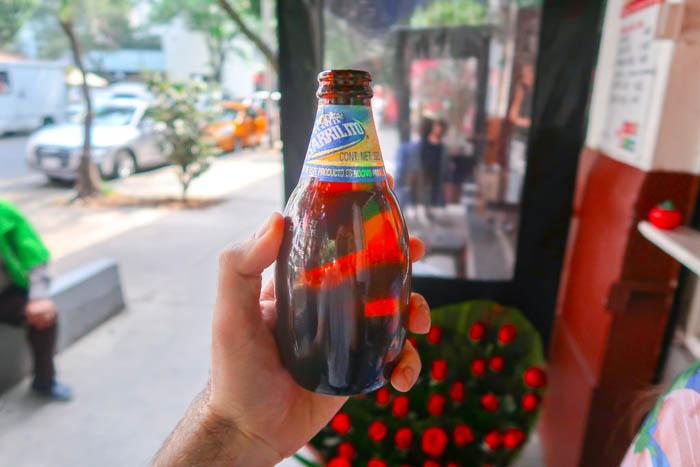 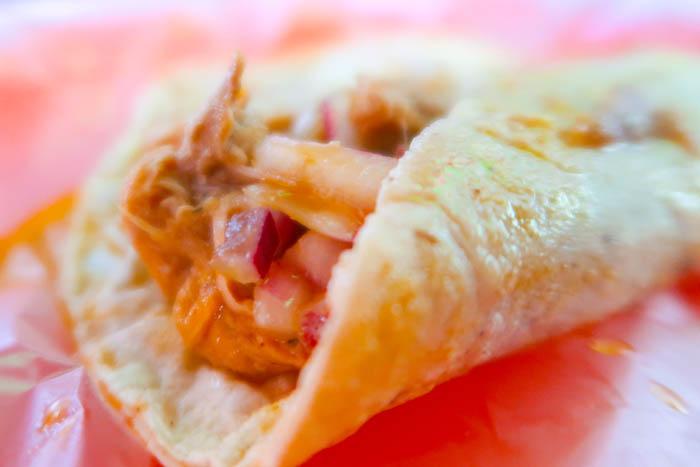 The most “local” stop of the whole trip was the following, which was a taco small taco shop on our way to the park. Their tacos were famous in the city and have been around for decades. I enjoyed mine with a small bottle of beer! 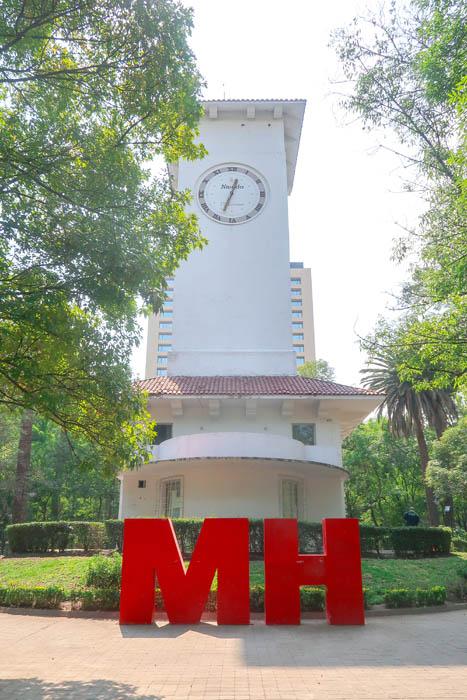 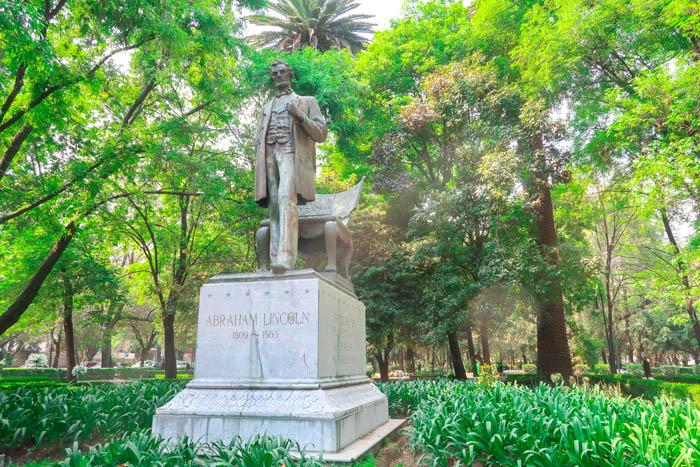 A very interesting stop on the journey was Lincoln Park. Surprisingly the park possesses a statue of Abraham Lincoln that was gifted to Mexico City by the USA. The park is absolutely gorgeous with water features and perfectly manicured greenery. A great place to relax! 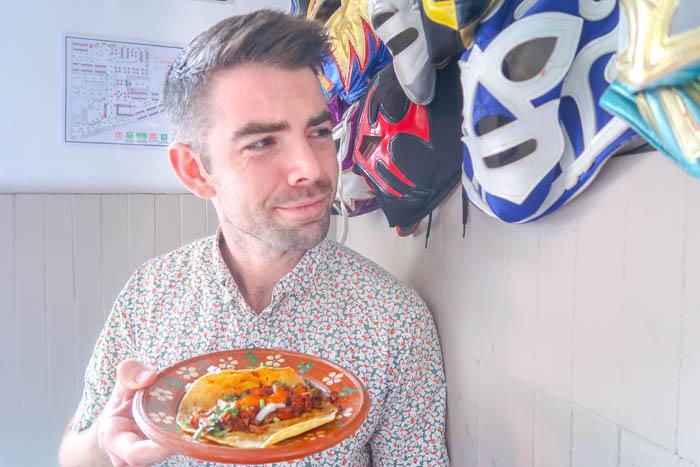 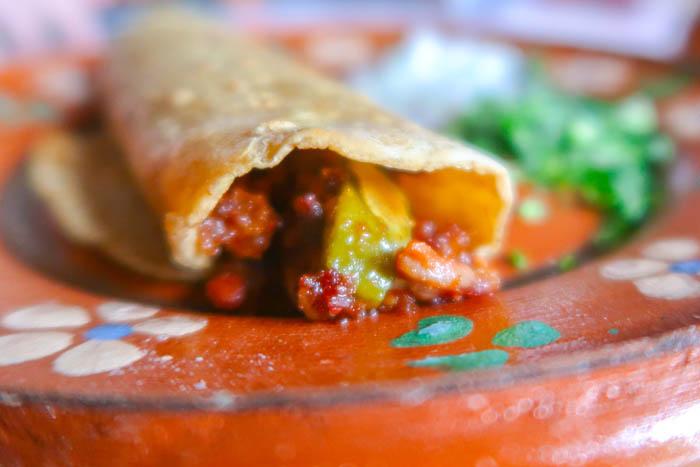 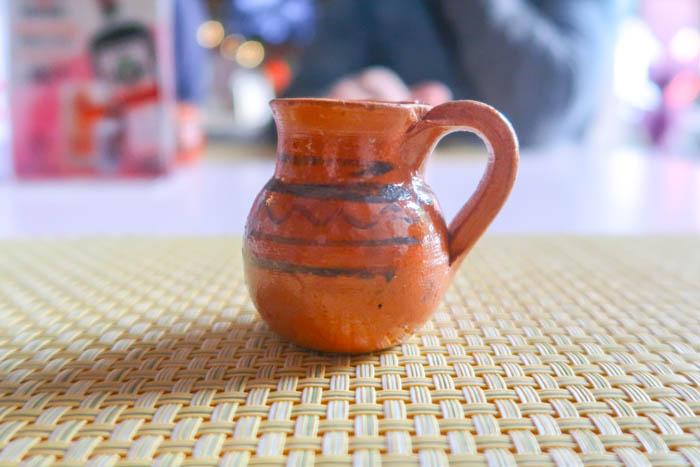 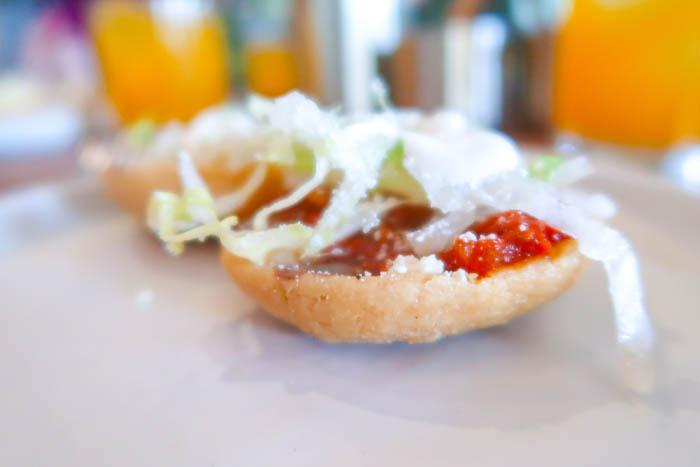 We made a few more stops which included another taco in a more modern cantina, as well as a stop in a trendy seafood restaurant. Both were very tasty and delicious and I enjoyed their interiors. 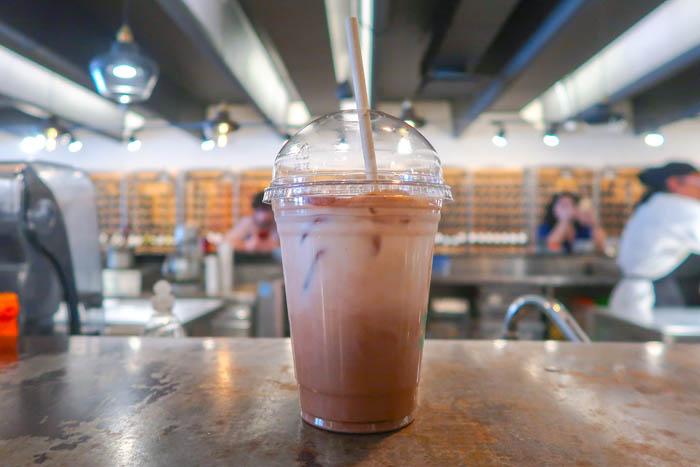 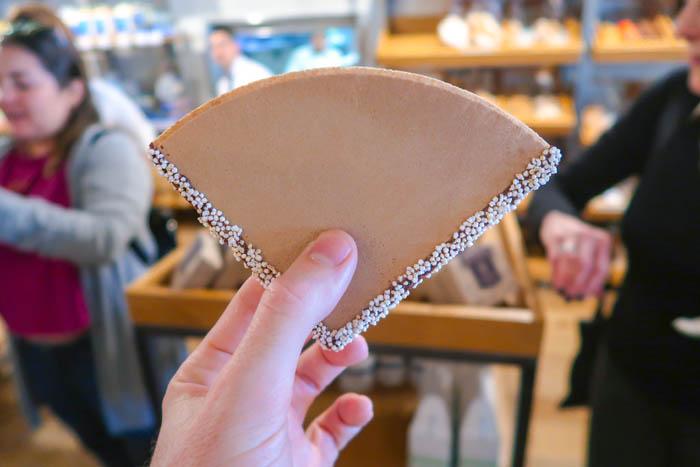 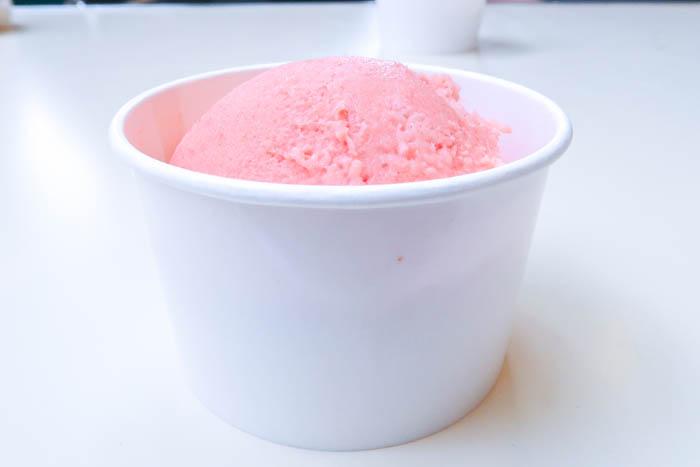 As one would expect, we finished the tour with sweets! One was a Mexican café and chocolate shop. This is where we had a chocolate milk that also had some spices added in. Second was ice cream made with Mamey Sapote which a fruit found in Central America and Cuba, that I had never seen before. It tastes like a cross between a papaya and a strawberry. 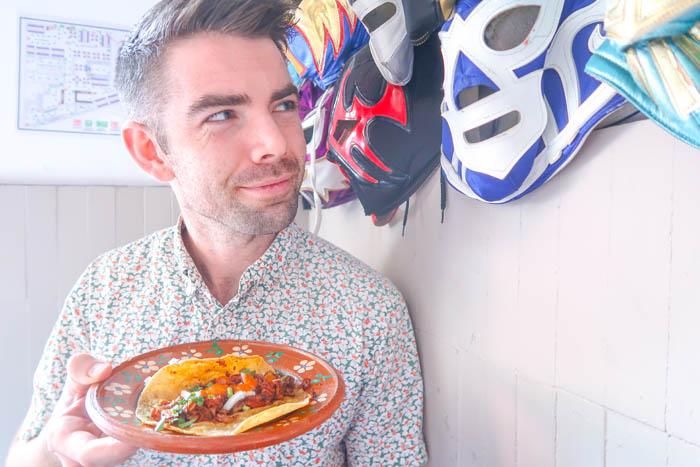 In conclusion, the Polanco Food Tour was a delight! It was very conveniently planned and required very little walking. We got to see and eat a lot in a short time which is what I like! It was a very safe and modern area which offered a whole different view of Mexico than I had previously seen. Along the way we did learn a bit about history and culture as well. I would definitely recommend this tour if you prefer the finer things while in Mexico City!

Before arriving to Mexico City, I would never imagined that there were so many neighborhoods to explore. One that I saved until the end of my trip was Polanco. Polanco is one of the most luxurious areas of Mexico City. Polanco is often called the Beverly Hills of Mexico. In&hellip;
Polanco Food Tour with Mexican Food Tours
Polanco Food Tour with Mexican Food Tours
Pierre 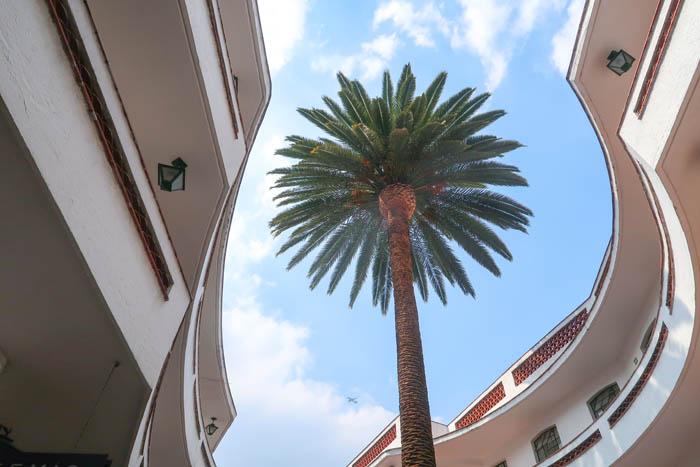 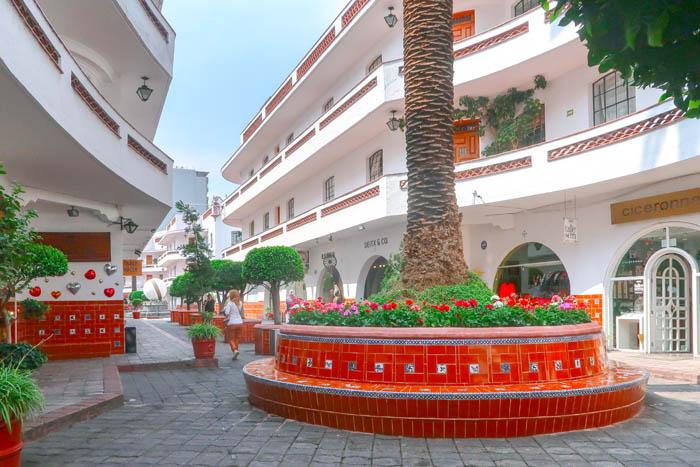 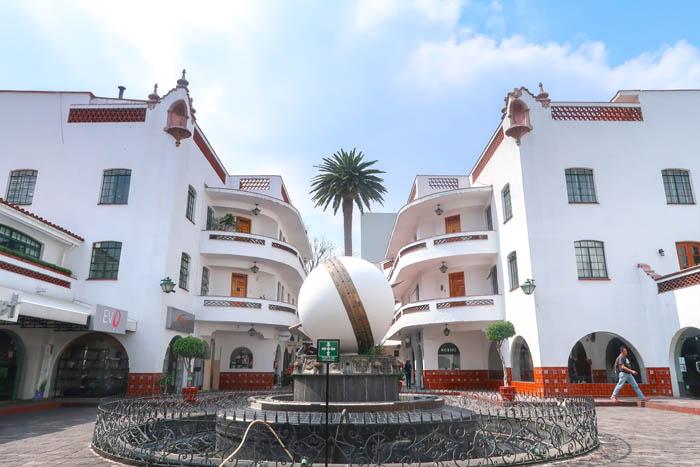