I had just left Morocco and it was time to explore Italy! I am very excited to be back and visit some cities that I haven’t been to yet. The plan for this trip was Milan, Venice and Bologna. The first stop was the Park Hyatt in the center of Milan. I don’t think there is a better starting point to explore the city! 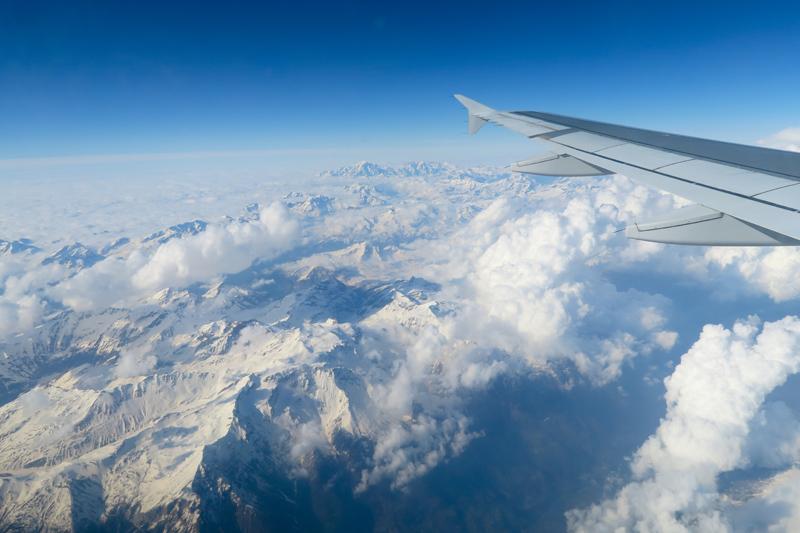 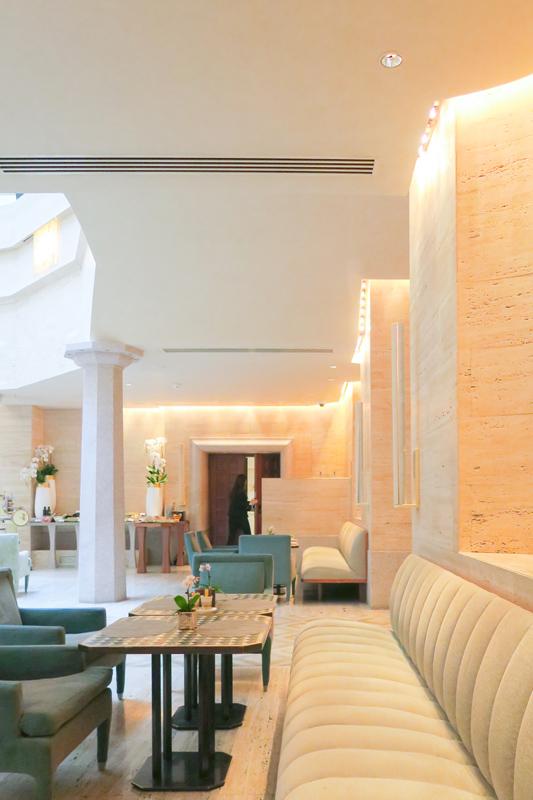 Walking into the hotel got Pierre very excited! The entryway is grand and has a beautiful lobby. The pleasant receptionist informed me of my room details and it was up to the second floor to check it out! 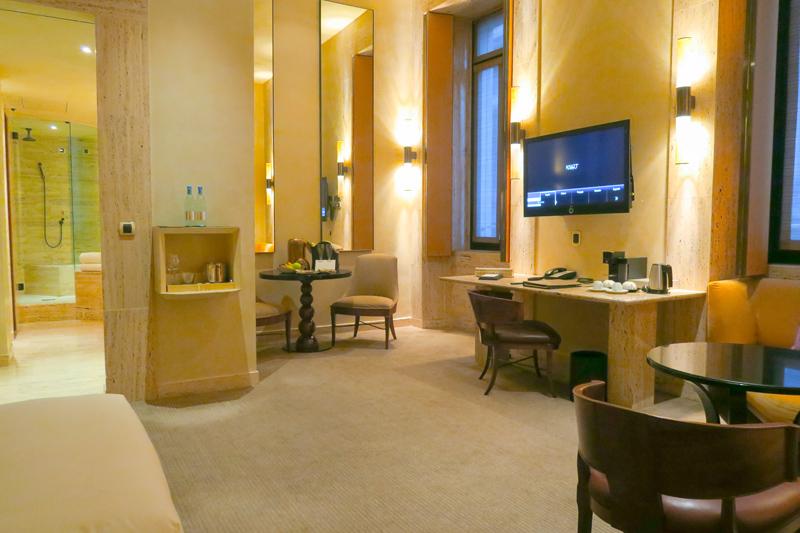 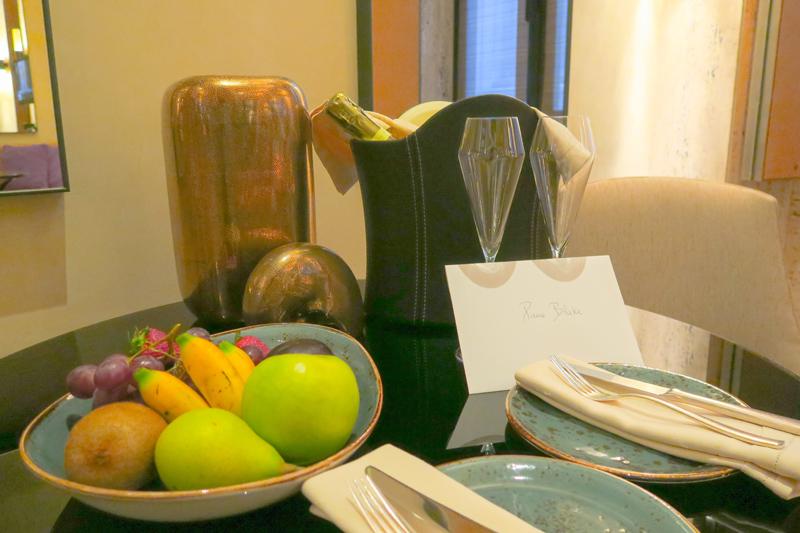 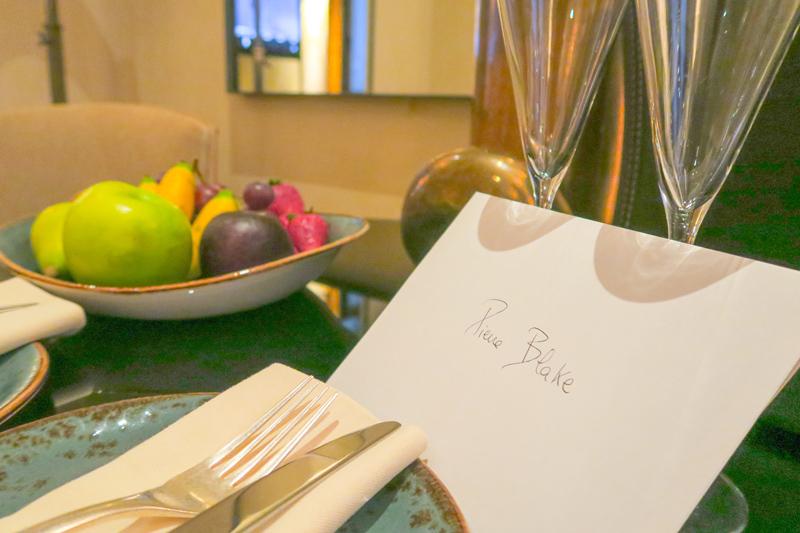 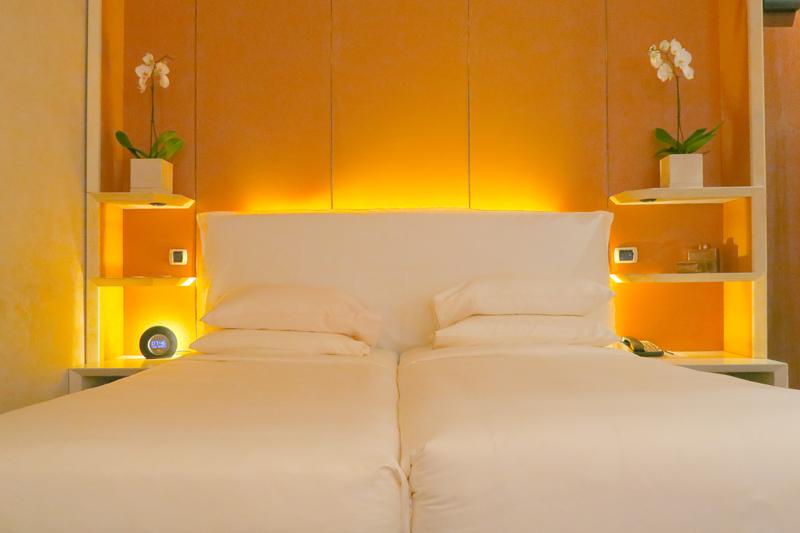 I had no idea what to expect, but I was very pleasantly surprised. Very high ceilings reminded me of Vienna. This gives a strong sense of luxury. I really like the lighting in the room, which was completely adjustable for any mood. Wink. 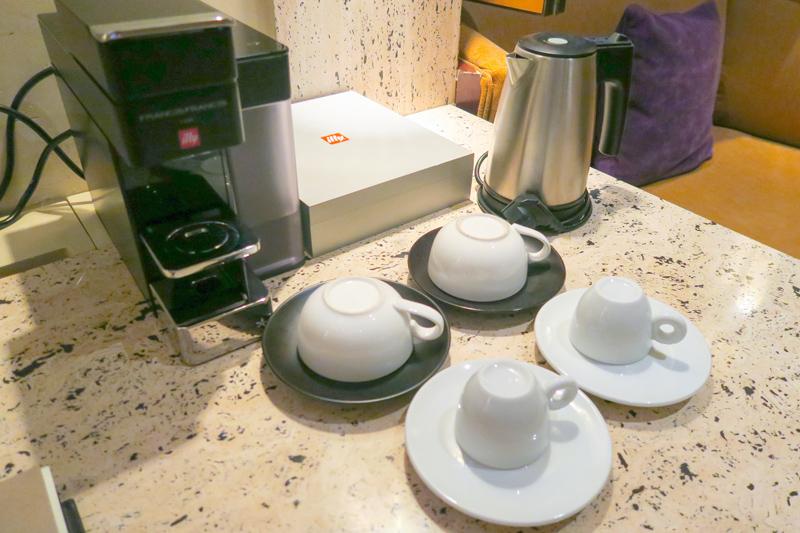 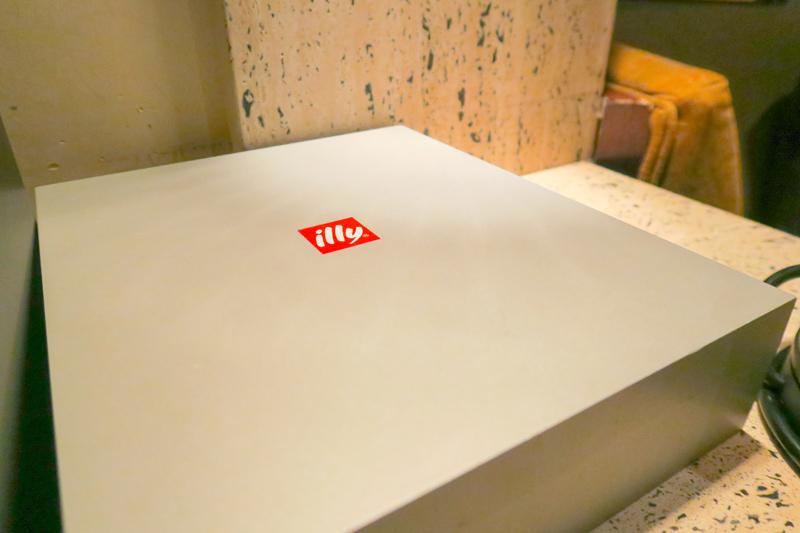 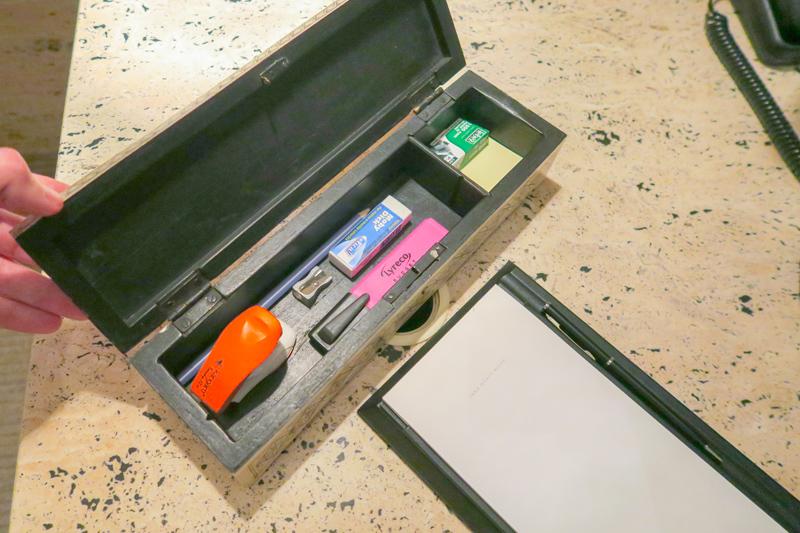 The Park Hyatt Milan had a really nice coffee machine with a great selection of tea and coffee. They also even had basic office supplies in case you needed to get some serious paperwork done. Also the room came equipped with a nice seating are if you’re interested in lounging around. 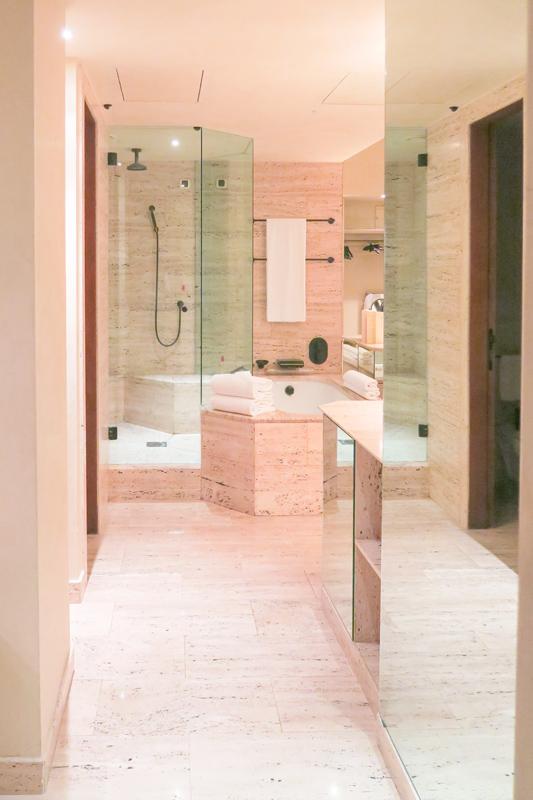 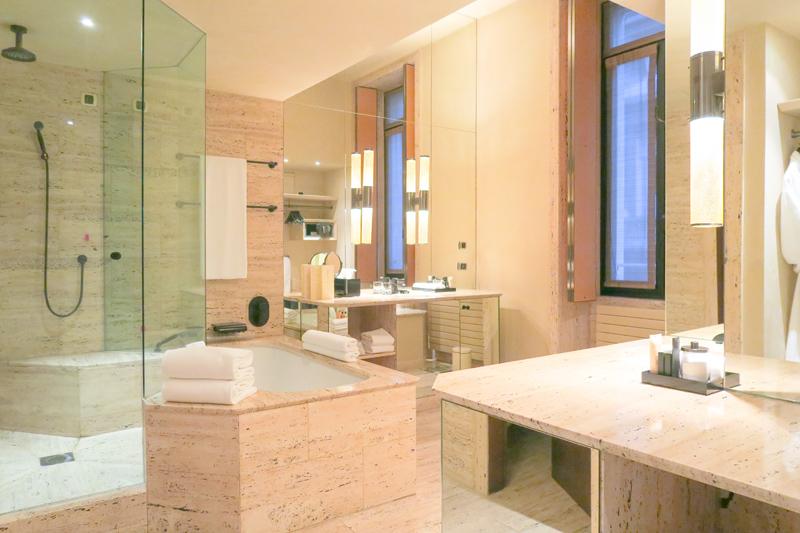 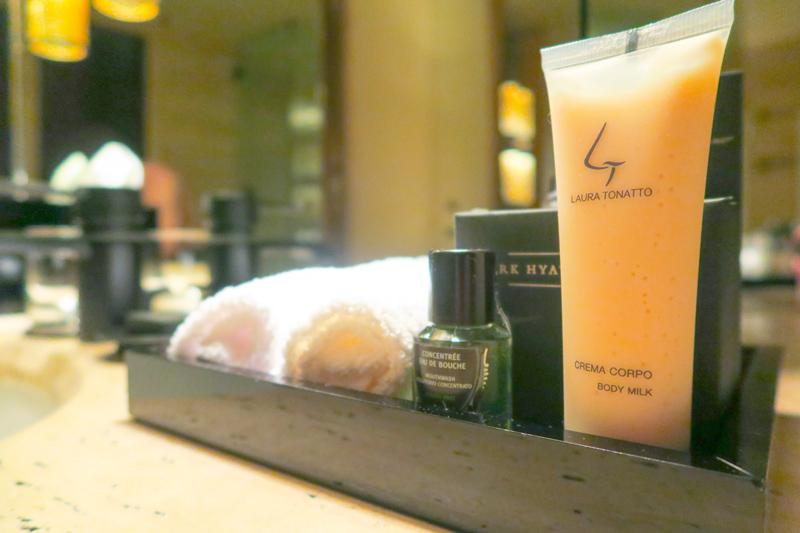 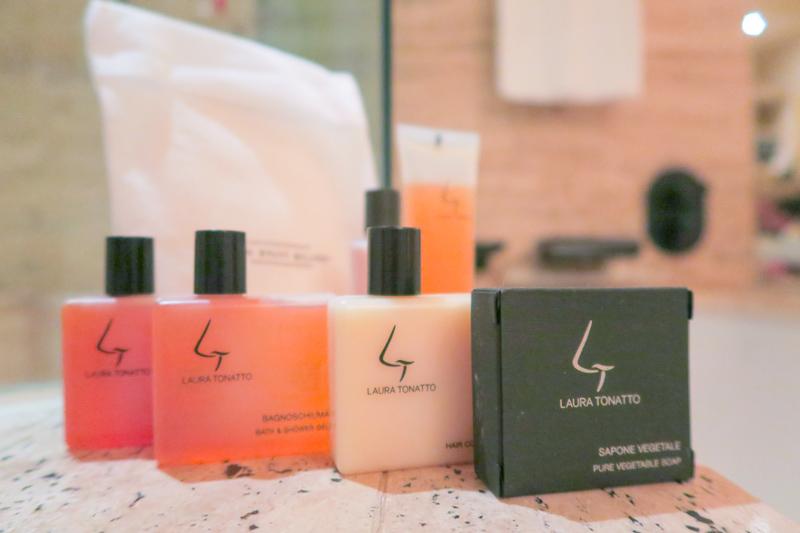 The bathroom was on another level of beauty. Very nice Italian marble throughout. A huge bathtub accompanied by a shower and two separate sinks. Of course there are plenty of mirrors to check yourself out and make sure that you look sharp. 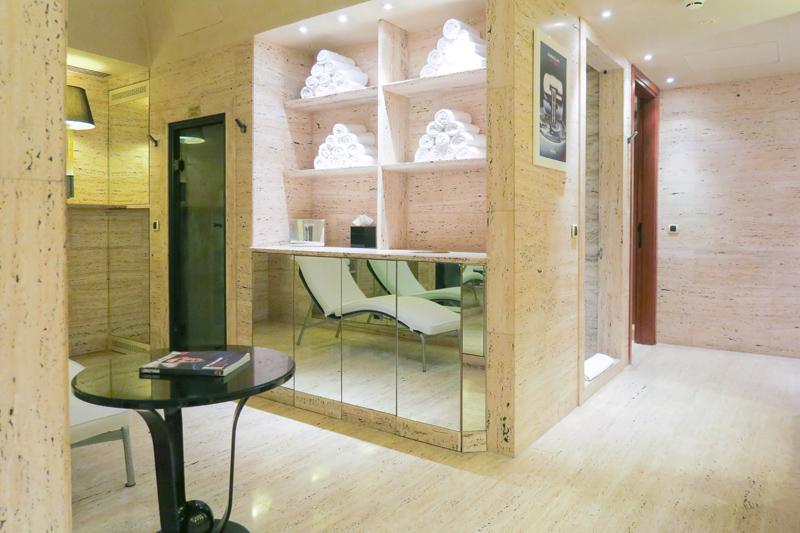 A key feature to this Park Hyatt hotel would have to be the gym and locker room facilities. In the men’s locker room, there was two very impressive features to take note of. The first and my favorite would have to be the steam room. The steam was constantly running and the temperature was just right. Pierre likes it hot and sweaty, so he spent a lot of time there during his stay. The other feature of the locker room that he really liked was the shower. There was only one shower but it was a shower of epic proportions. It had many different settings so you could get sprayed from every direction imaginable. 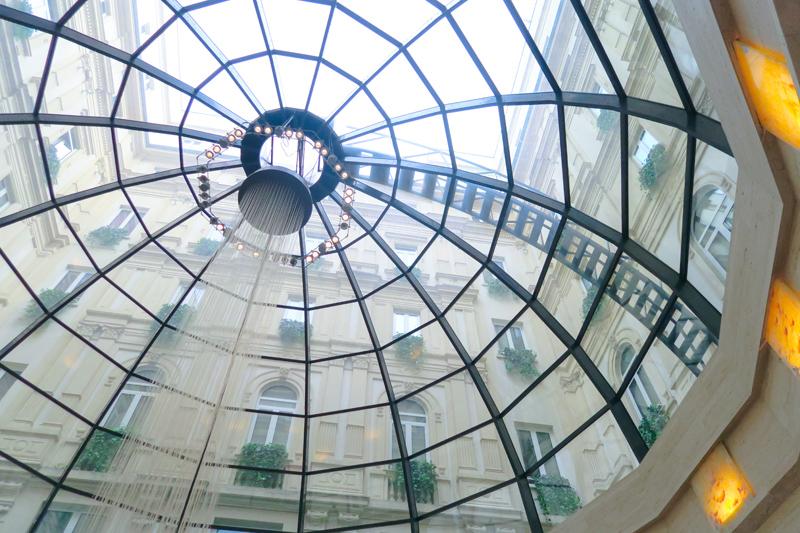 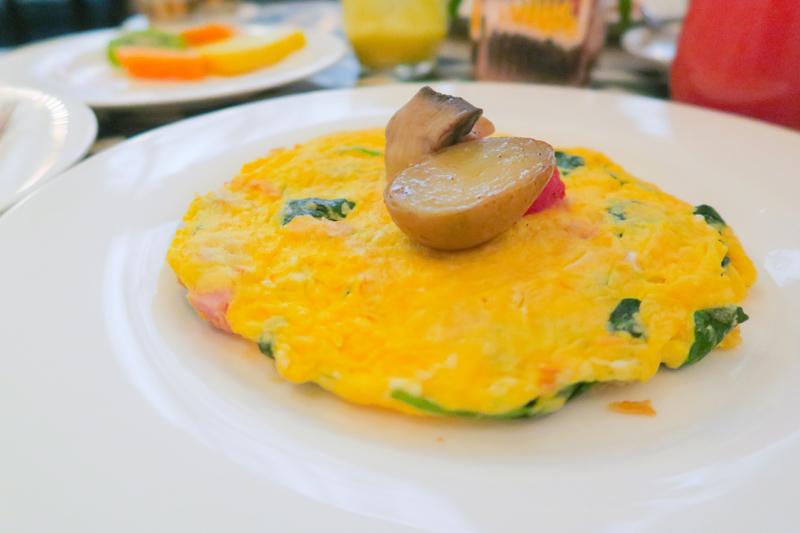 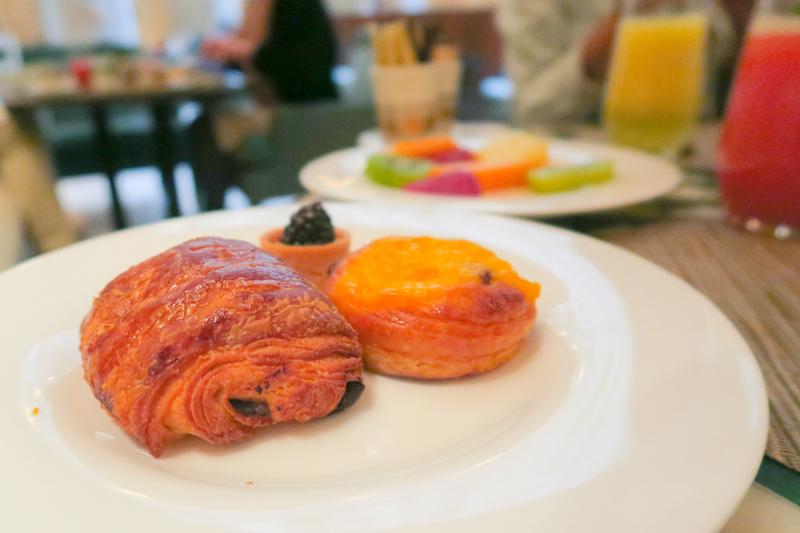 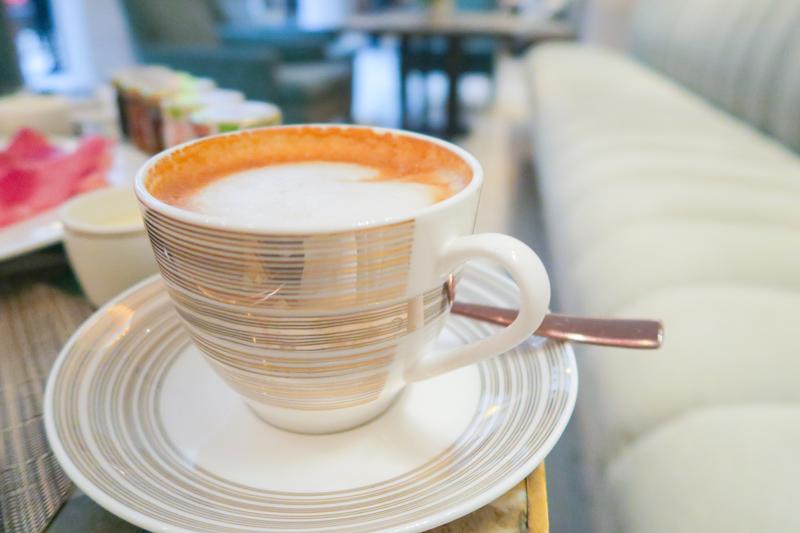 After exploring Milan for the evening, it was time to get some sleep and get up for breakfast at the hotel. The breakfast takes place in the main lobby and I must say I really like the design. There is a ceiling of windows in which you can look out to see the beautiful architecture of the building. They offer both à la carte and buffet breakfast options. Being a boss that Pierre is, he went for both. 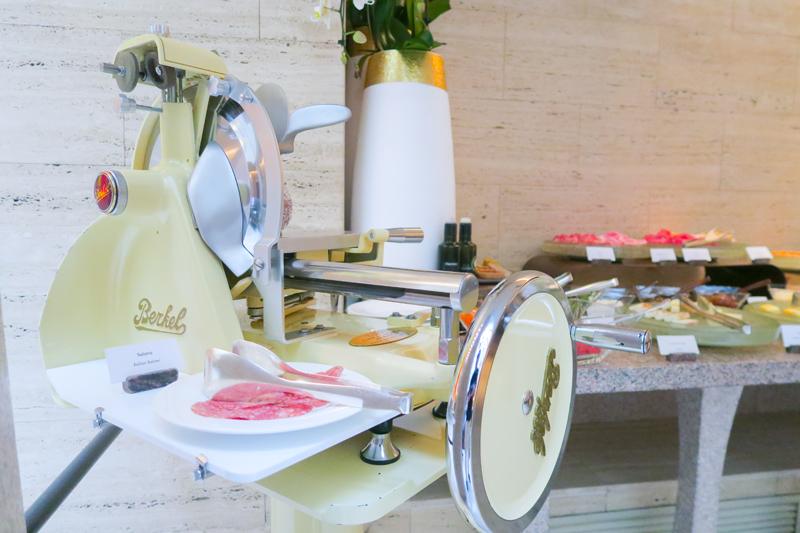 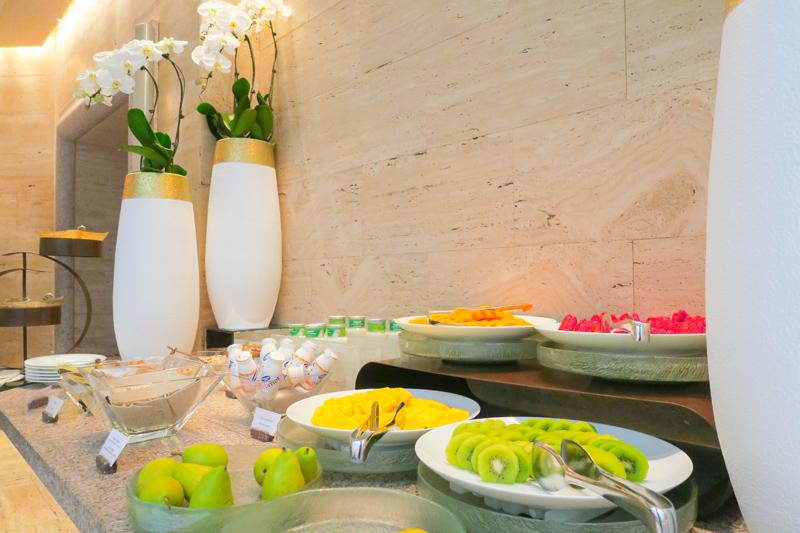 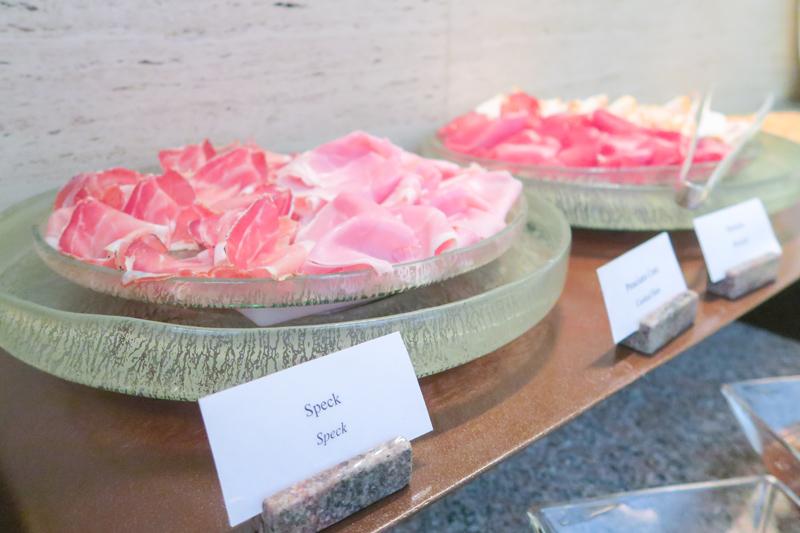 The buffet was very outstanding. The fruit was so fresh and ripe, it was perfect. They also had a magnificent selection of cheese and meat which I would expect in Italy. The whole process of ordering on the other hand left a little bit more to be desired. The first day the food took a little bit too long to arrive but the second day it was faster. Perhaps, the first morning was just an off day. Let’s hope. Overall, I did enjoy the food. Connected to the lobby is the Mio bar which I decided to have a dinner at during the second night. You’ll be able to read about it in a separate article. 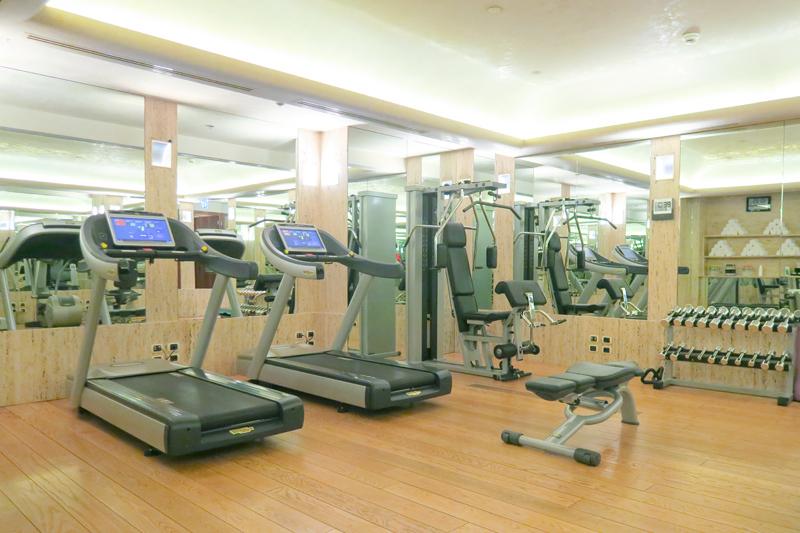 Going back down to the spa area we can talk about the gym. It was very extensive and offered exactly what Pierre needed to stay fit and ripped. Seriously, I must say that I really enjoyed the gym. In the common area of the spa they offered a hot tub if you really want to loosen up those joints! 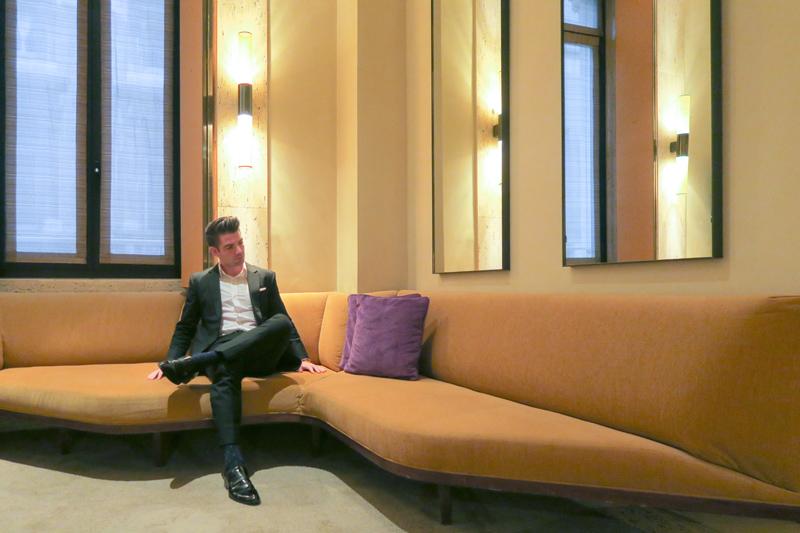 This hotel is truly a masterpiece. I love the styling in the rooms and common areas of the hotel. The spa and workout facilities were also on point. The only room for improvement would be to speed up the service during the breakfast. All in all, I would recommend for you to stay at the Park Hyatt in Milan the next time you visit! 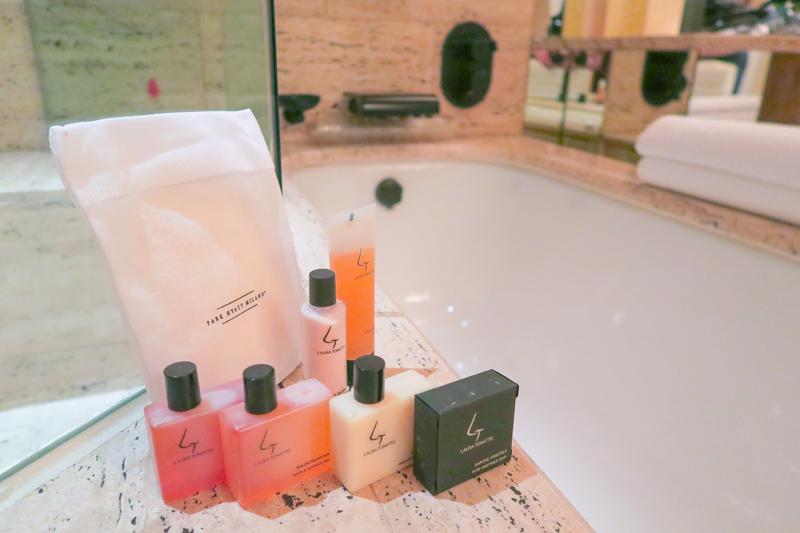 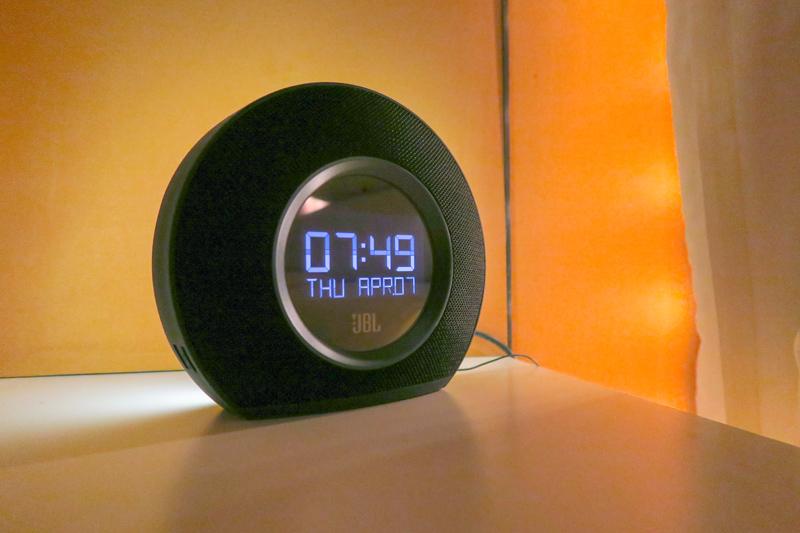 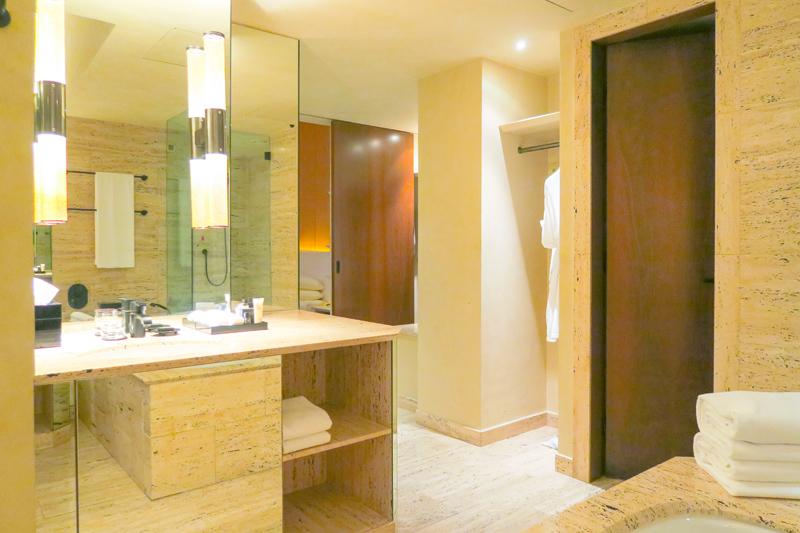 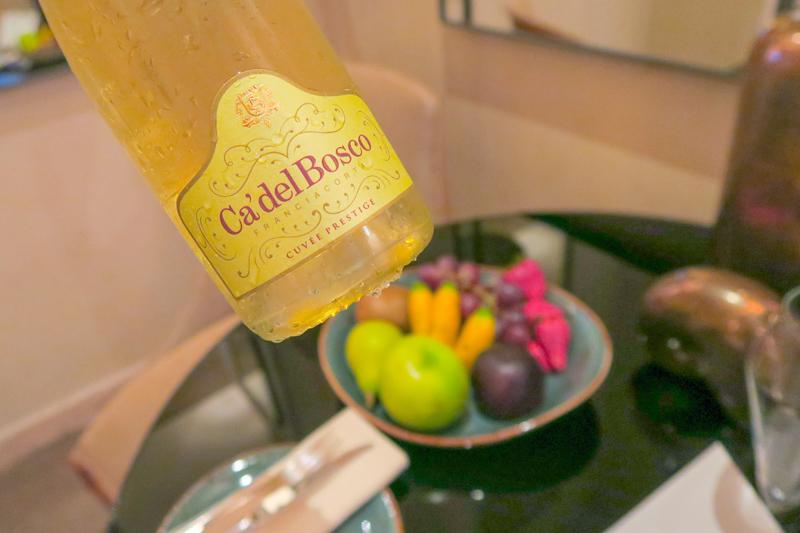