I’ve been doing quite a bit of exploring the world in the past few years but 2015 was an especially big year! I visited 13 countries and reviewed some of the finest hotels that I had ever experienced. I thought it would be good to point out some of my favorites from the year so I’ve compiled a definitive list. It’s important to note that all of these hotels are phenomenal and very hard to rank. Also keep in mind I’m only ranking hotels that I’ve visited in 2015. Last but not least, keep in mind that Pierre is the boss. Without further ado, I give to you the 5 Top Luxury Hotels of 2015. 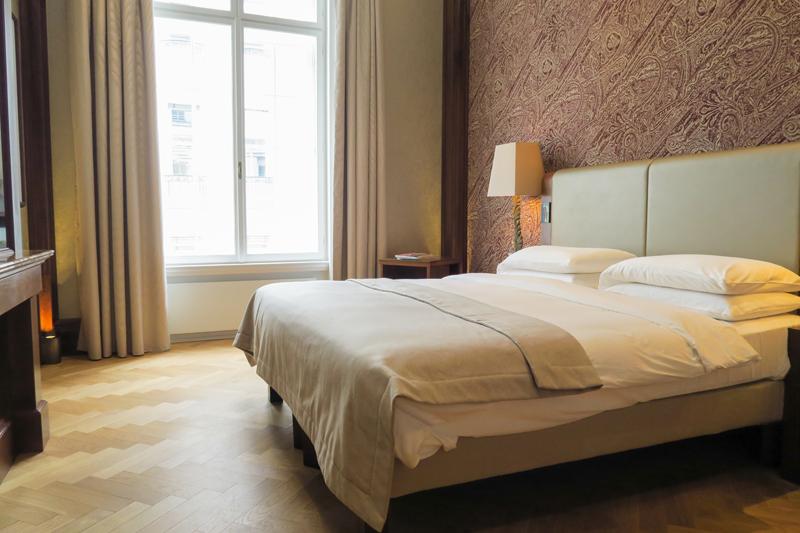 Coming in at number five is the Park Hyatt hotel in Vienna, Austria. If I had to summarize this hotel in one word it would be opulent. This hotel has so many things going for it but one of its key features would have to be it’s pool. The design is like no other I’ve ever seen!

Another feature I found magnificent was the dining room where the breakfast takes place. The food and atmosphere were on point. The detail there and the rest of the hotel was impeccable. I could go on and on but it would be best to read the full article.

Read the in-depth review of the Park Hyatt Vienna now! 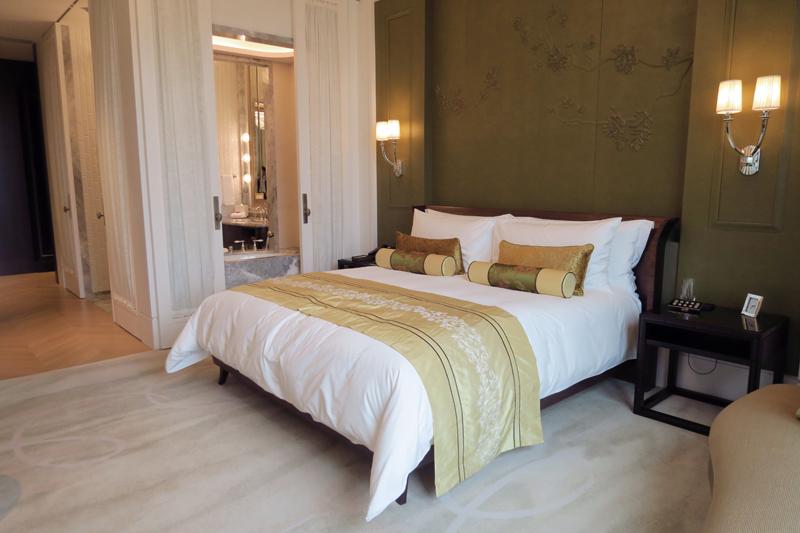 What I love most about the Mandren Oriental Taipei would have to be the afternoon tea in the lounge as well as the facilities. Let’s start with the afternoon tea. If you have lounge access, every afternoon you’re able to go up to the lounge and help yourself to a huge assortment of sandwiches, pastries, desserts, biscuits, tea and of course champagne! Everything is absolutely magnificent and the taste is just perfect! Don’t forget to also read the review of their Bencotto restaurant.

Now, allow me to clarify what I mean when I say facilities. Specifically, what comes to mind is the steam room. Everyday I made it a point to go sweat out all my toxins. It’s design is so exquisite. It’s unlike any other steam room I’ve seen!

The entire experience was just magical. Be sure to read the full review!

Read the comprehensive review of the Mandarin Oriental Taipei here! 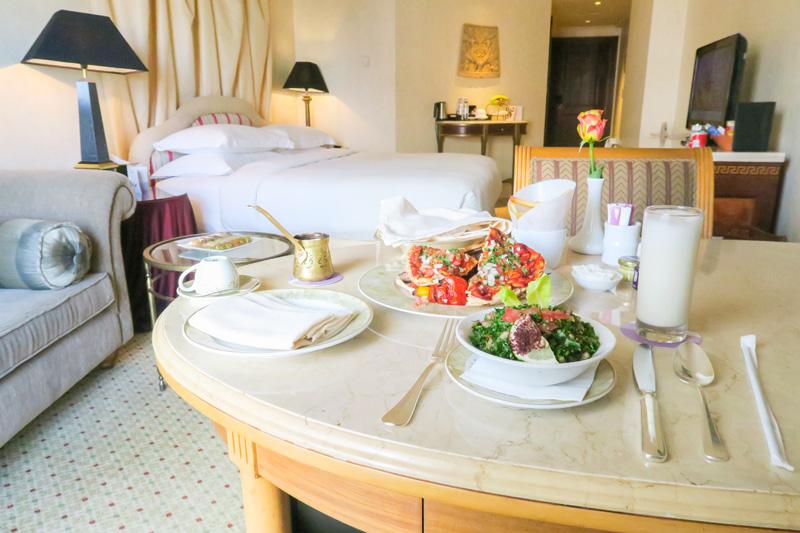 These top hotels were all great and very difficult to rank because they all had so much to offer but coming in at number three is the Phoenicia hotel in Beirut. Before visiting I had never imagined that a hotel could have so many restaurants. If I’m not mistaken they have six restaurants! This is definitely a huge pull for the hotel, especially when all of them offer some amazing fare. Not only is the food amazing but they have such a variety it will make your head spin! I’ve reviewed Eau De Vie and Caffe Mondo seperately.

Besides food, the Phoenicia had lots more to offer. One feature in particular had to be the service. People that work in hospitality tend to be kind worldwide but the staff at the Phoenicia took it a step further. During the stay I felt genuine care from all of the staff I encountered. It was truly exceptional.

Read the in-depth review of the Phoenicia hotel in Beirut here! 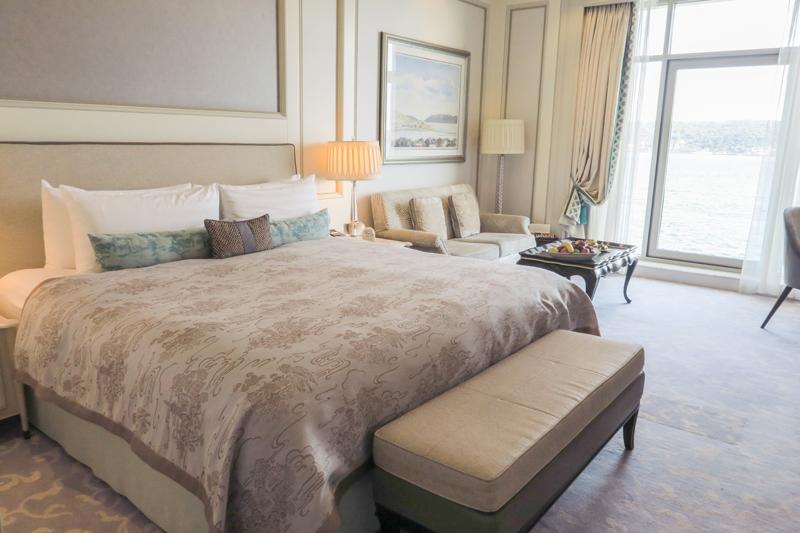 Coming in very strongly at number two is the Shangri-La hotel in Istanbul. This hotel seriously knocked my socks off! What first sets the tone is the magnificent lobby. The styling is very bold and personally I find it an appealing color scheme.

There are some other features of the hotel that really got me giddy as well. The rooms are flawless. They make you feel like you’re in a palace. Pure royalty. Welcomed with a tray of baklava I remember sitting on the couch and observing all of the intricate details of the room. Paired with a perfect view of the Bosphorous. The combination is very hard to beat!

Being a Hong Kong based company helps to bring an Asian influence that makes the hotel feel truly special. One of their restaurant offerings is their Shang Palace which I absolutely loved. I must say that the food there is an amazing attribute that I don’t believe has been beat in all of Istanbul.

The Shangri-La hotel takes their business seriously and they do a fantastic job in all aspects of their offering!

Read the thorough article on the Shangri-La hotel in Istanbul now! 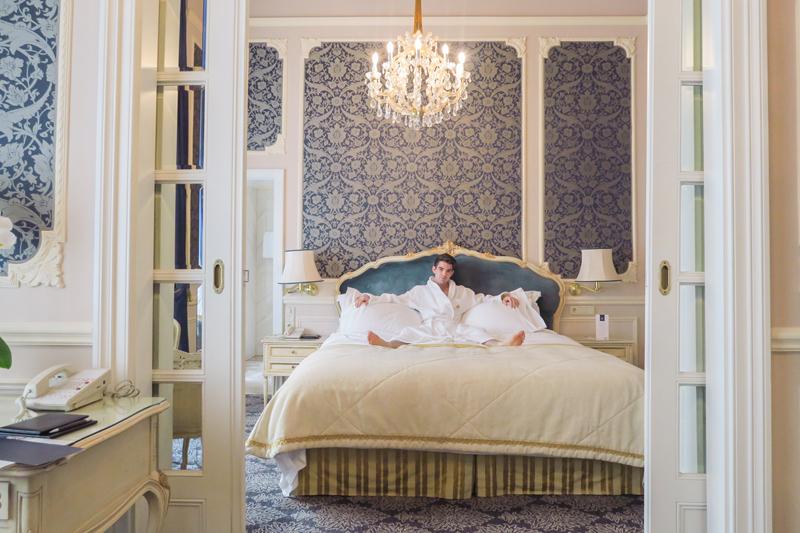 I can honestly say that out of all the hotels I’ve ever stayed at, I have never felt such a feeling of excitement as when I was at the Hotel Imperial in Vienna. Considering that this hotel was initially built in 1863 I’m certain that many other hotels built after were trying to replicate this experience.

What I’m trying to say is that Hotel Imperial is one of the mothers of luxury hotels! You can feel the history when inside. I’m a bit of a World War II fanatic and it definitely sparked my interest to hear how this hotel played a role in the war!

Anyways, the Elisabeth Suite in which I stayed was taken straight out of my dreams. The classic Viennese ceilings matched with beautiful interior design made this hotel spectacular. The entire hotel is a work of art, seriously. I was also able to experience a fantastic meal at their Restaurant Opus.

I really could go on and on but it’s best to read the full article!

Read the comprehensive review of the Hotel Imperial in Vienna now!

That’s the list folks! This year will have many more hotels and I’m super excited to make the next list! Thanks for being awesome and following along on my journey!