In the whole life of Pierre I have never stepped in a hotel anything like the Hotel Imperial in Vienna, Austria. This is a type hotel that I have been dreaming about since I was born. Classic Viennese elegance which is nothing short of spectacular. The building’s exterior and interior are so incredibly stunning. Pierre has experienced some magnificent hotels but this is something of a different sort. Perhaps the photos will give some sort of clues to how breathtaking this place is but it’s impossible to convey the magical feeling you get when you’re inside the hotel. 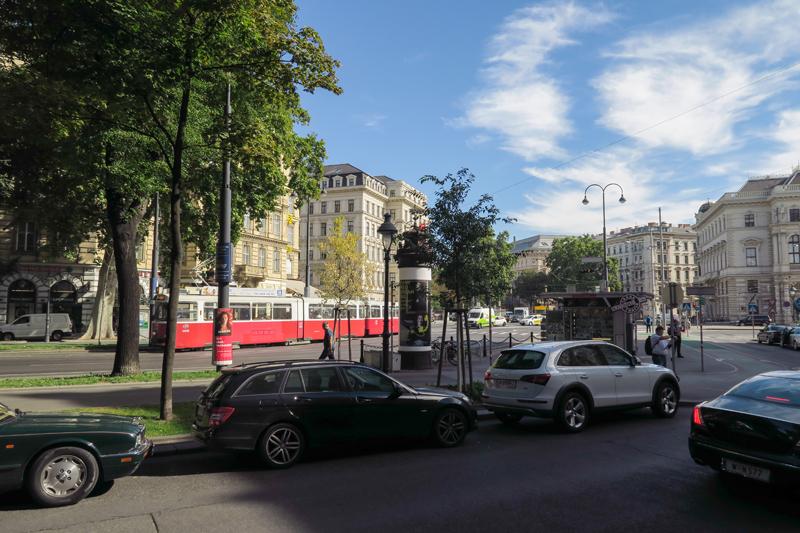 Hotel Imperial is located at Kärntner Ring on the Ringstraße which if you’re unfamiliar is very central Vienna. All of the high-end hotels are generally located somewhere along this ring. 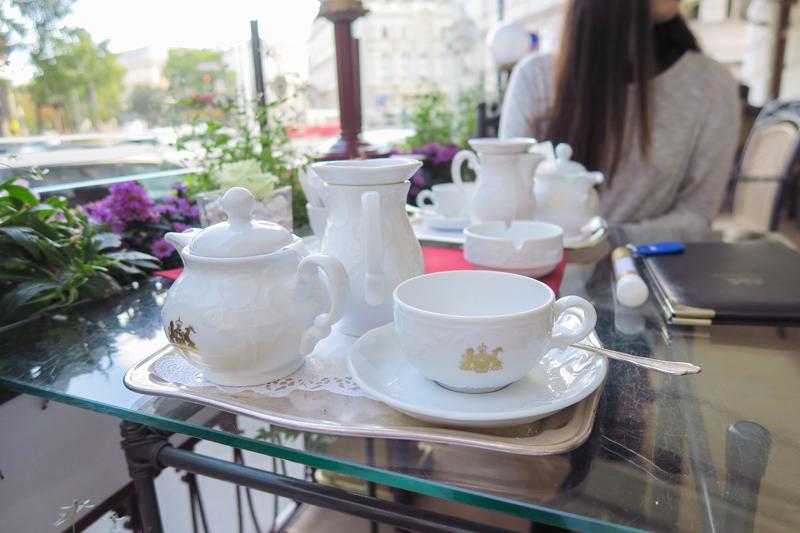 Something I find quite fascinating is that the ring street was built to replace the city walls in the 13th century. The hotel was initially built as a palace in 1863 and it was later converted to a hotel in 1873. Generally, for most hotels I won’t talk too much about history because typically there isn’t much to talk about. However, with the Hotel Imperial it felt like I was stepping back in time when I walked in. My head spun thinking about all of the amazing events that occurred in Vienna and specifically the hotel throughout history. The hotel played a role in World War II. For now I’ll move onto the rest of my experience but if you want to know more I highly recommend you do a little personal research. Wink. 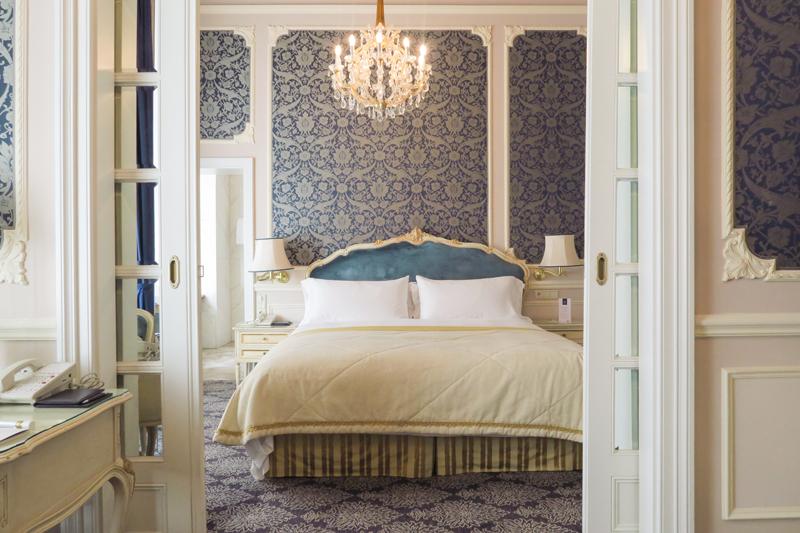 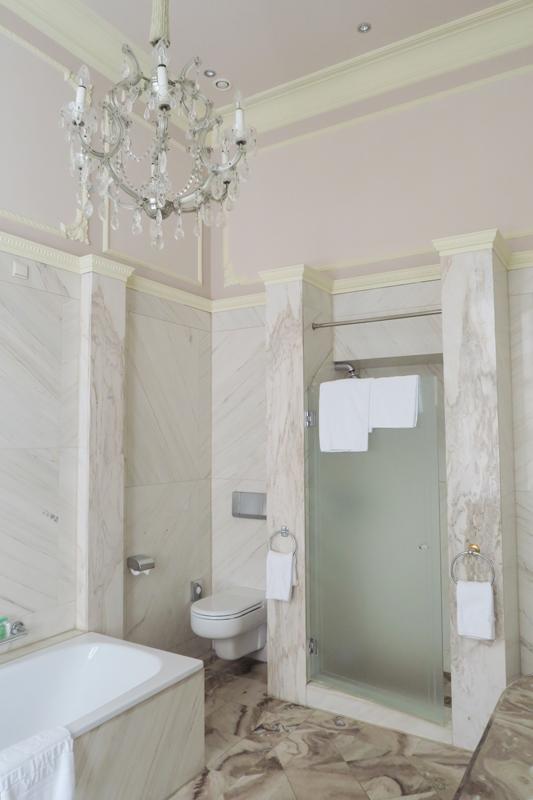 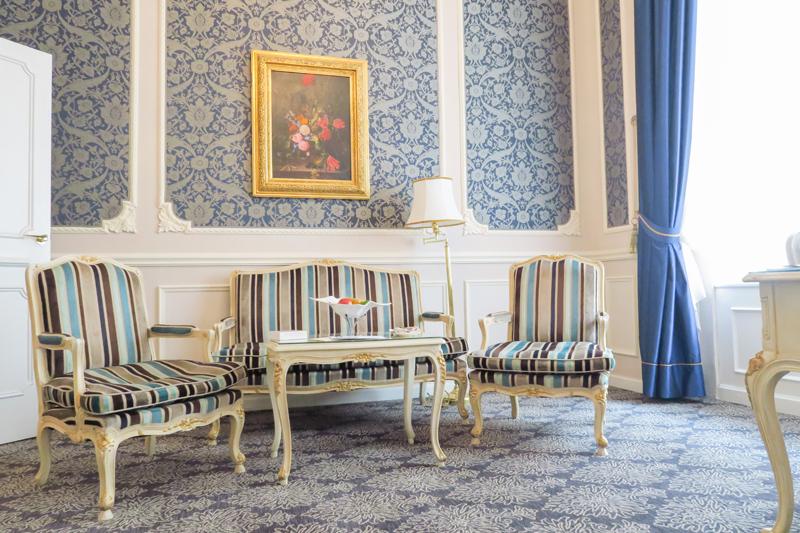 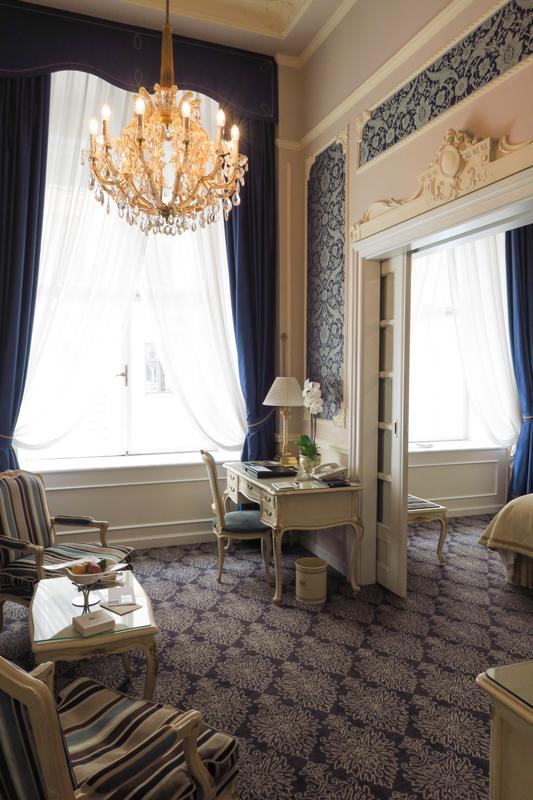 I arrived and was escorted to my Elisabeth Suite which I still think about fondly to this day. Along with amazing designs and architecture, the service was what you would expect in such an establishment. On point. 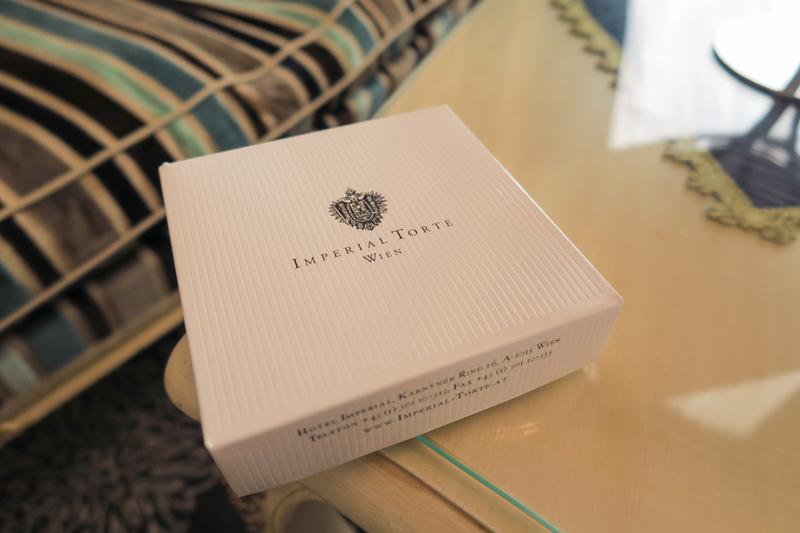 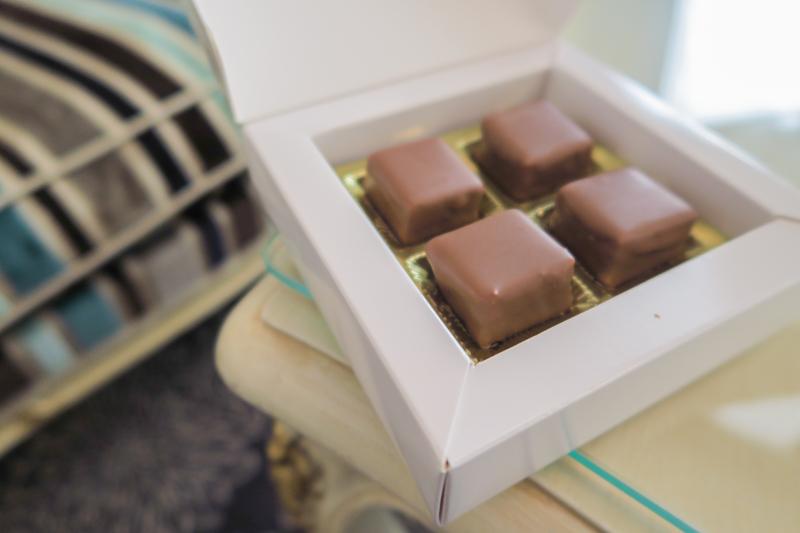 In my suite I was pleasantly surprised with a box of their famous Imperial Torte. It didn’t take long before I gobbled all four pieces up! The recipe apparently comes from the original opening in 1873 and was absolutely delicious! It made it all the more special when I found this fact out. 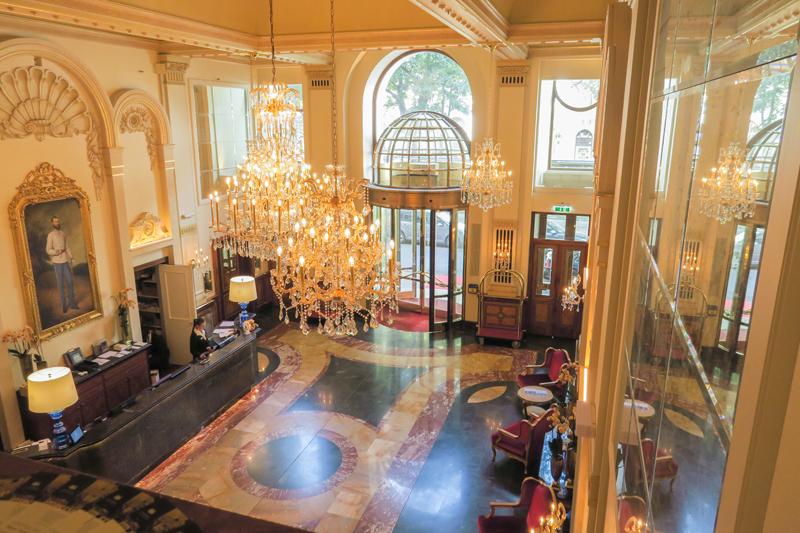 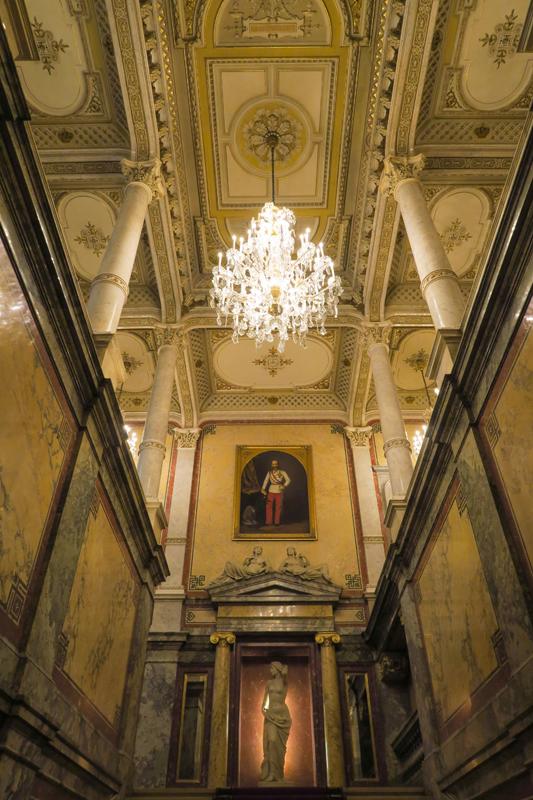 Look through the photos and check out the attention to detail. The hotel makes you feel like royalty. This is what dreams are made of folks! 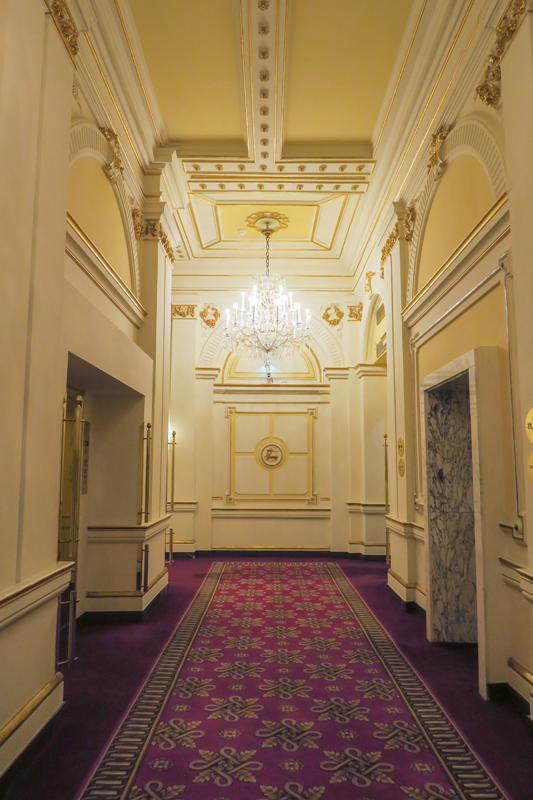 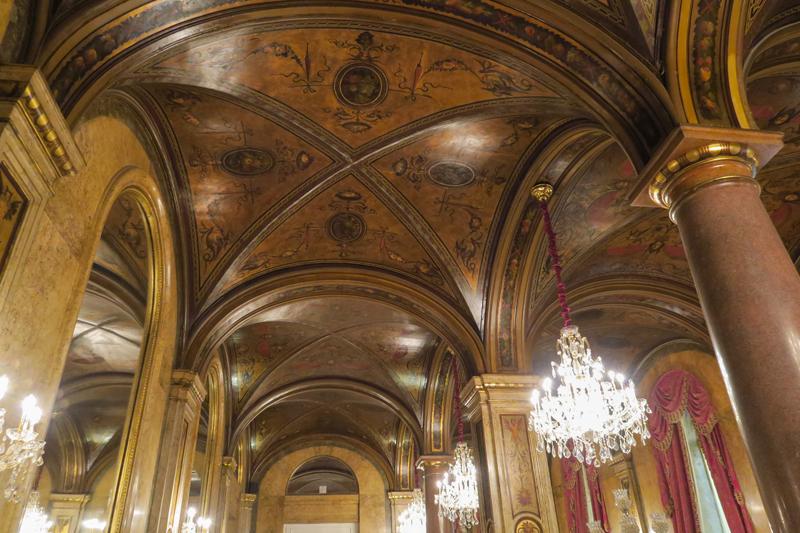 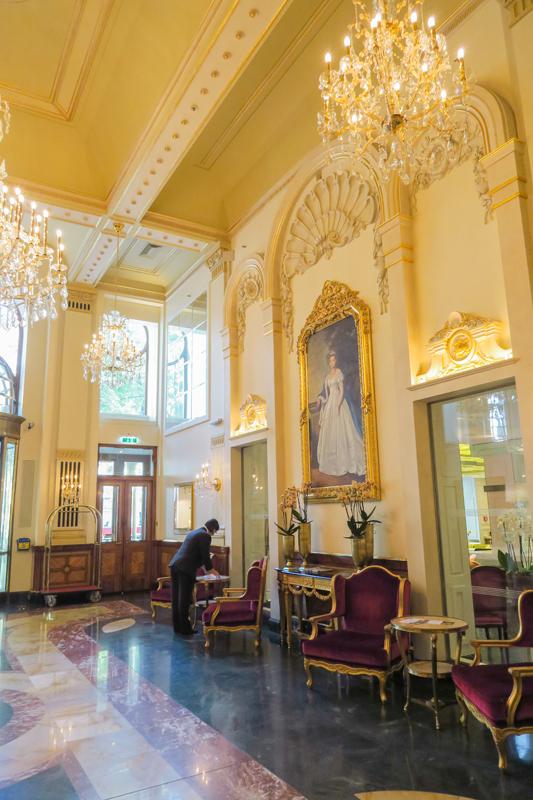 Even after I received a tour of the premise I couldn’t help but wander around by myself a few times. Just being there put me in such a state of excitement! 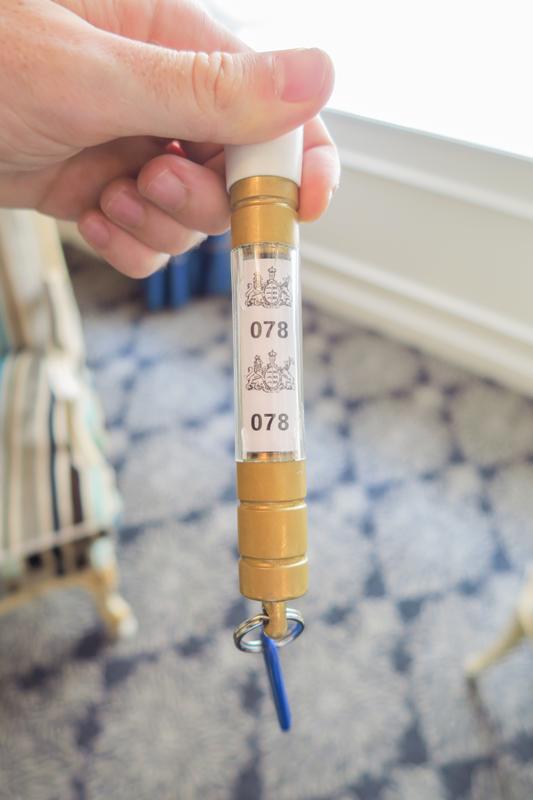 Overall, the service was quite nice throughout the stay. They use keys with large key-chains unlike keycards which they told me is to create a more personal experience with the guests because it forces them to interact with the staff by handing them their key on the way in and out. While handing in the keys the staff is able to speak with the guests to inquire about their stay.

I was lucky enough to enjoy a meal at their restaurant Opus in which you can read my final verdict in a separate article. I won’t give away the outcome! You must check it out for yourself! Keyword is must. 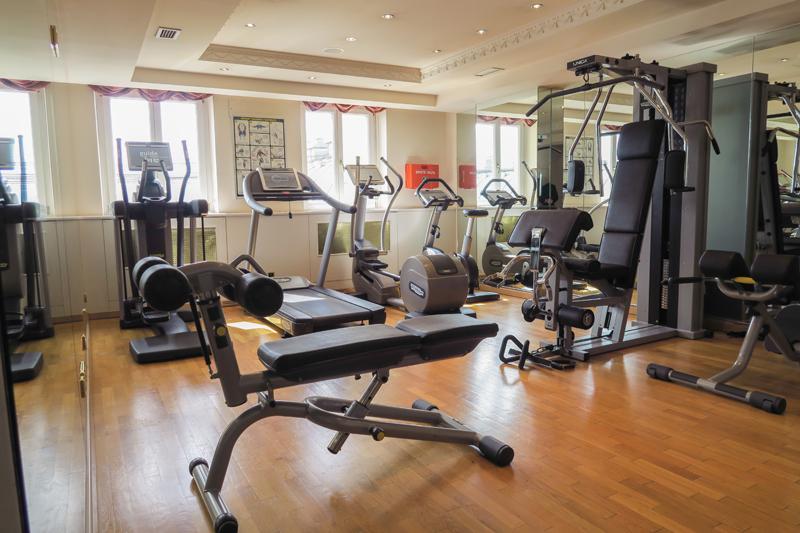 Hotel Imperial offers a small gym but surprisingly it has everything you need. Given that the building is 150 years old I won’t take off too many points for not having a swimming pool. Wink. Who needs to bother about fitness when you’re stuffing your face with Imperial Torte? 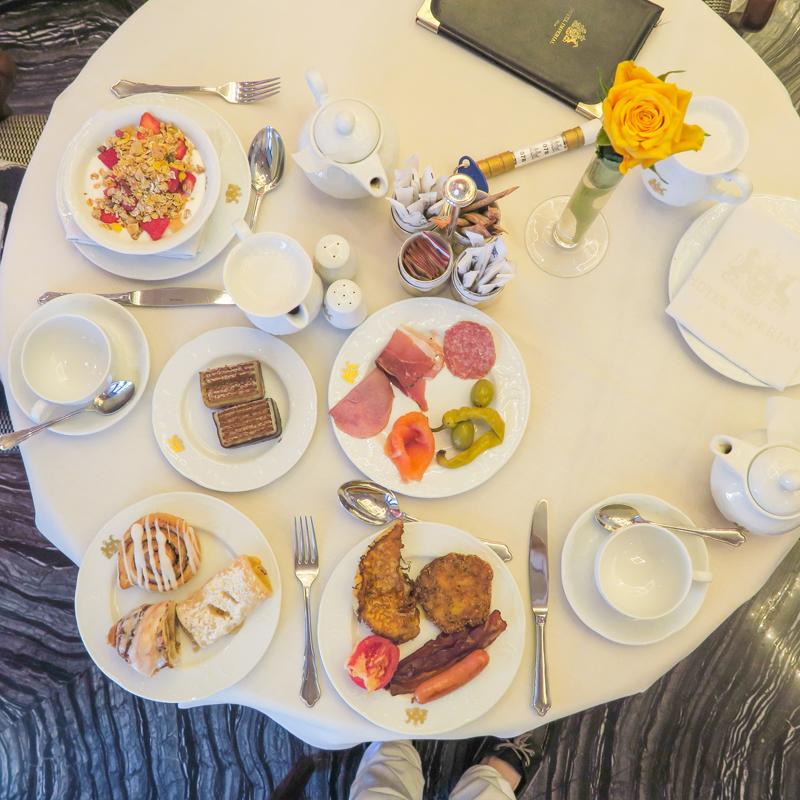 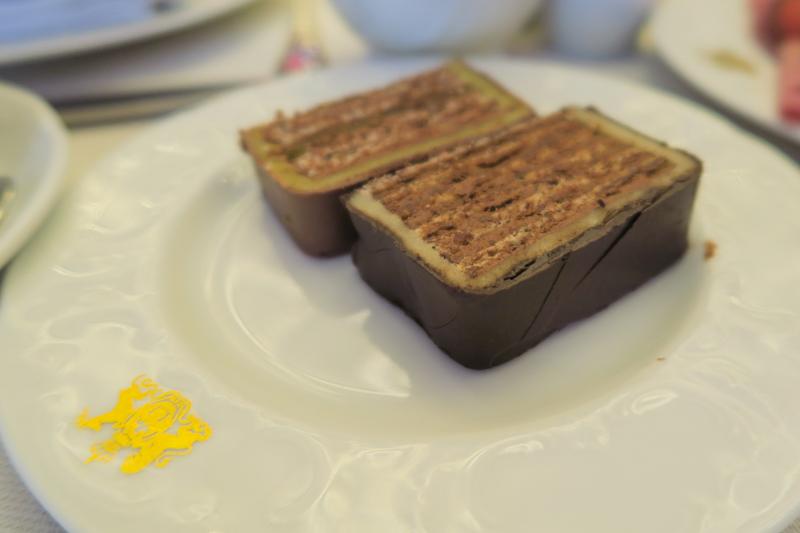 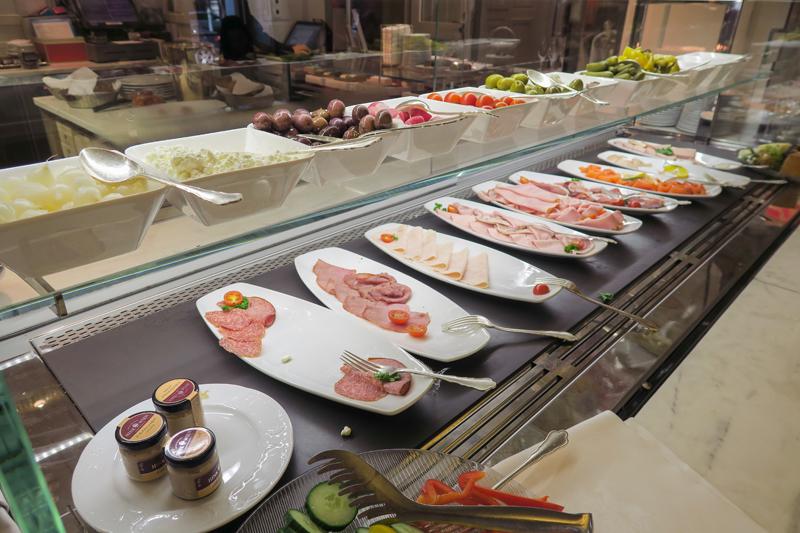 Sadly, I only stayed for one night before it was on to the next. This means that I only got to eat breakfast there one time which was sad. I won’t cry! Anyways, for such a fine and high-end hotel the breakfast could have had a few improvements. Some items were a bit dry but overall the taste was quite good. I was so happy that they offered their infamous torte at breakfast also and I quickly got a plate! 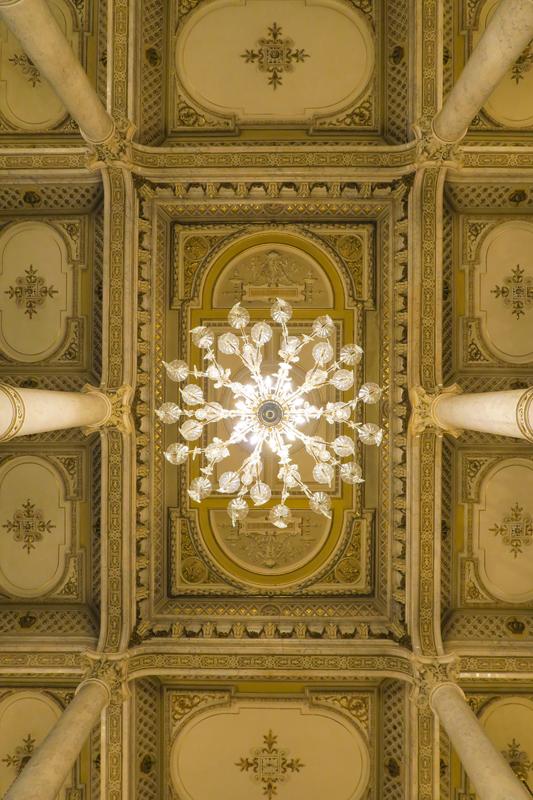 In summary I’m sure you know what I will say. Hotel Imperial is beyond amazing! It takes me to my happy place. The beauty and history that this hotel possesses is very hard to beat. It would be amazing if I came across a hotel that is better but I think it will be very very difficult. I feel that it is in a class of its own. There were only a couple minor things that weren’t perfect but I quickly forget about them when I think about all of the amazing qualities this hotel has. You must visit Hotel Imperial. If you’re not happy I don’t think we can be friends. It is truly A-M-A-Z-I-N-G-! 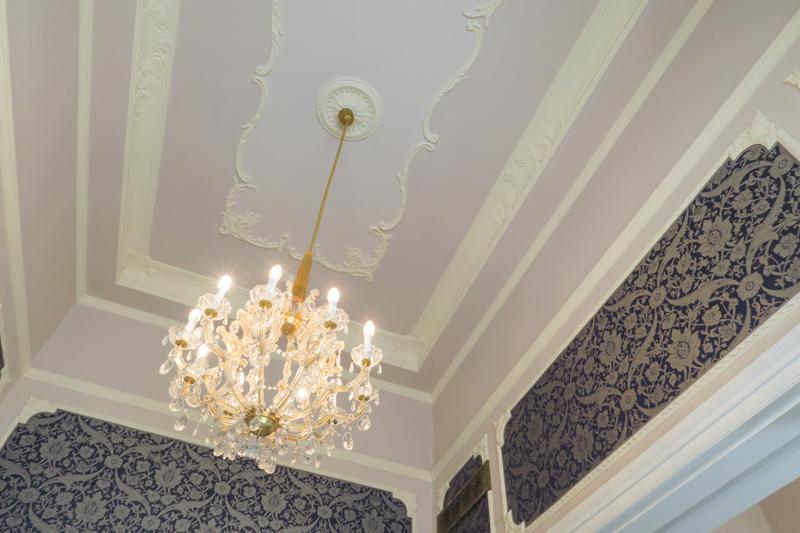 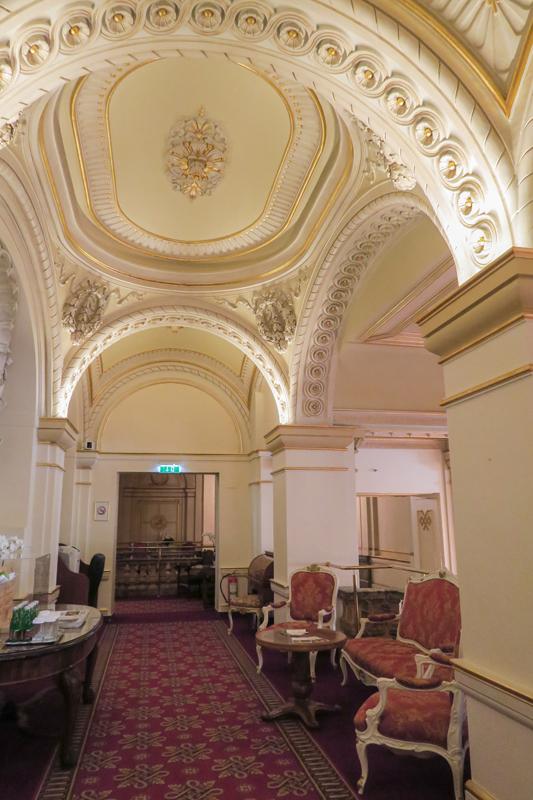 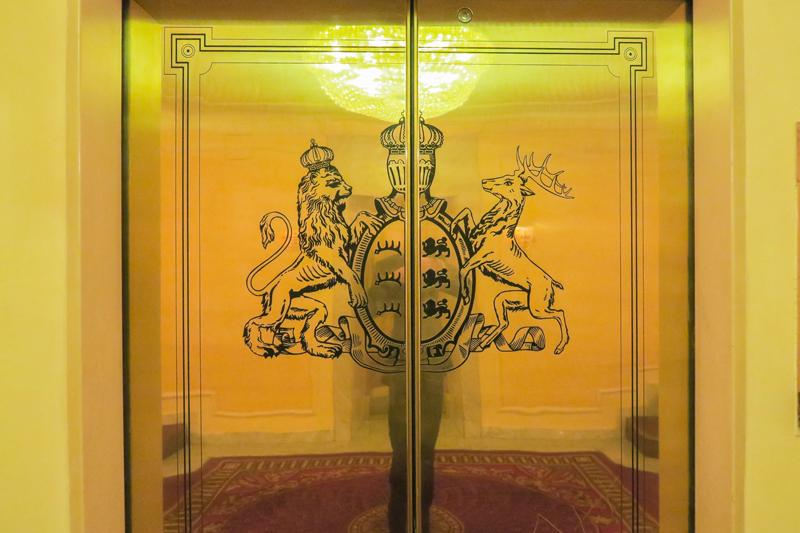 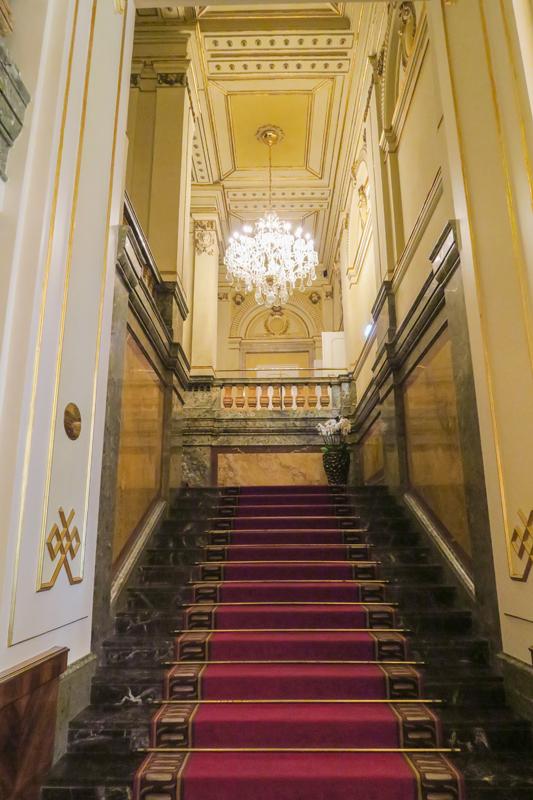 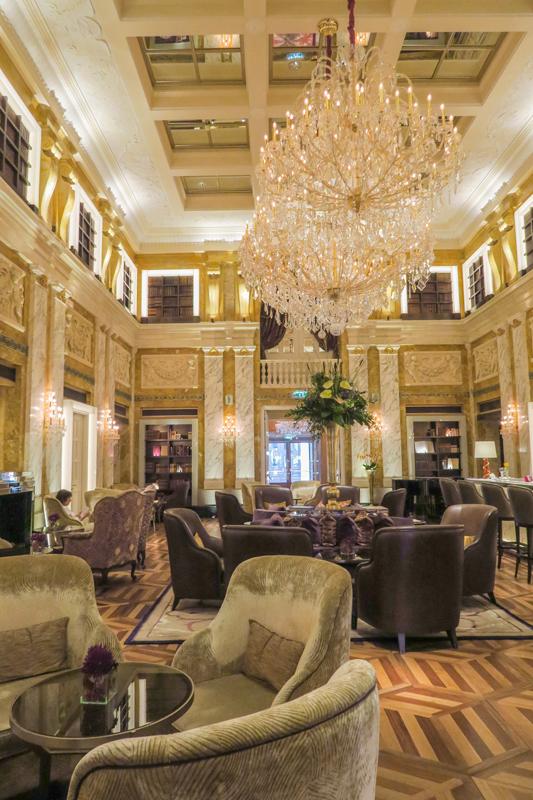 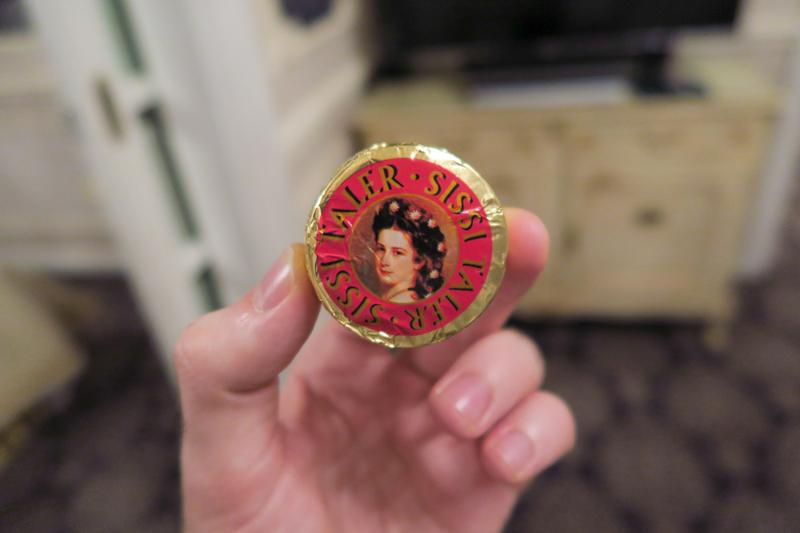 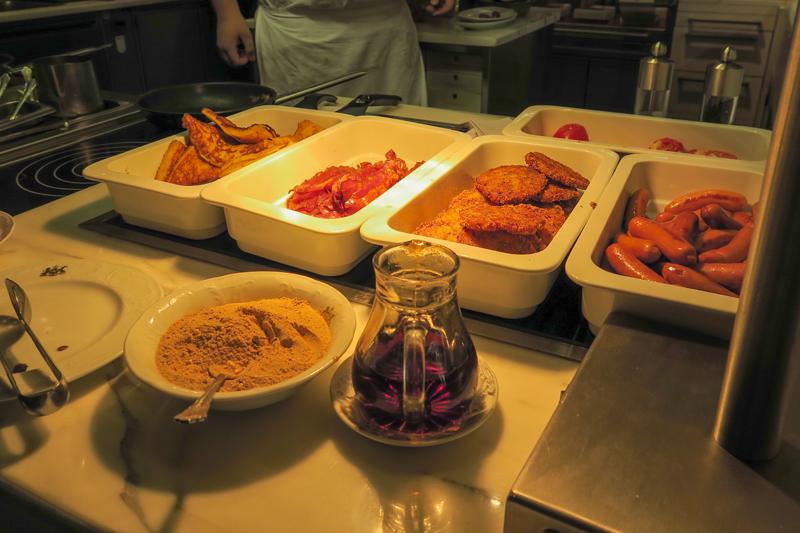 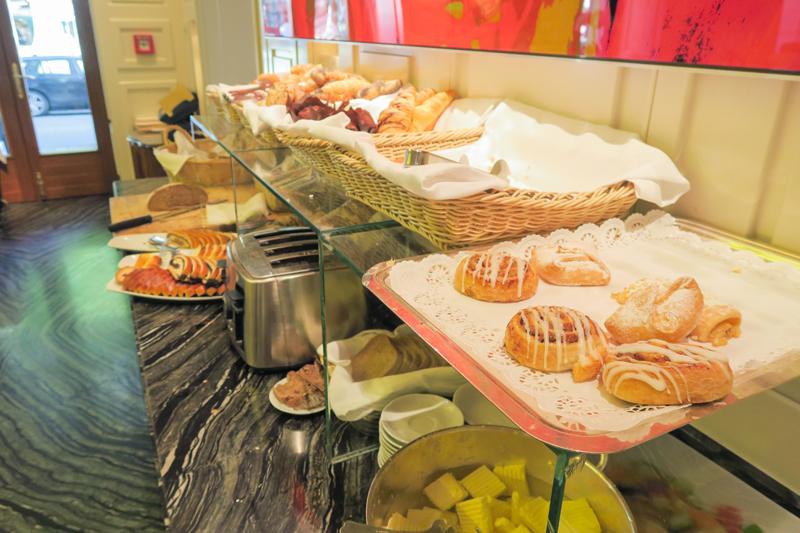 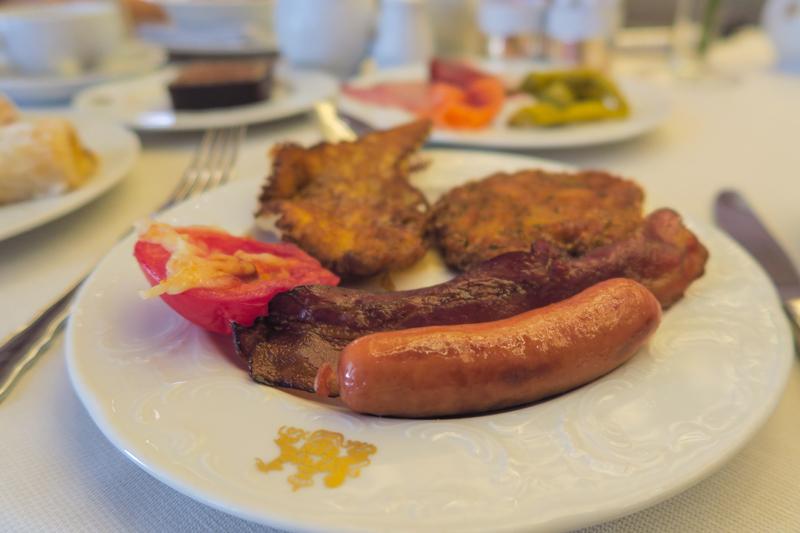 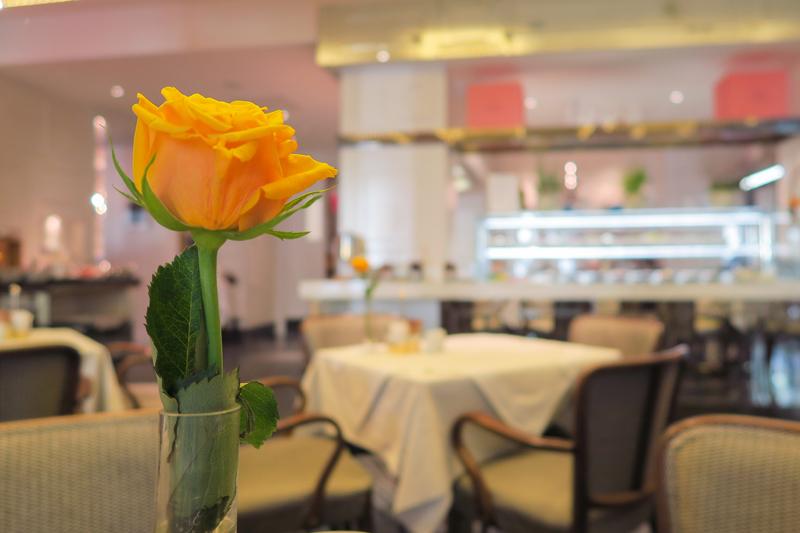 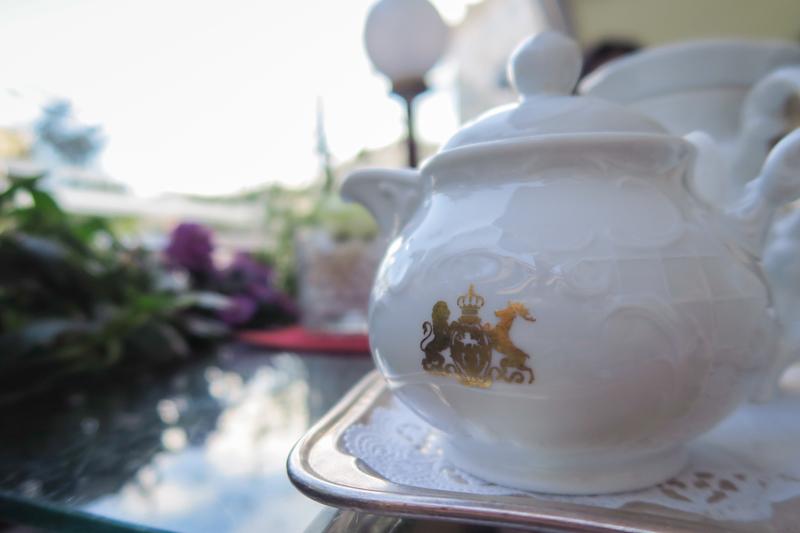