What I quickly learned from visiting Mexico City is how incredibly deep Mexican cuisine can go. The variety and the richness of Mexican cuisine is way deeper than I ever could’ve imagined! Luckily I during my search for some guidance, I enlisted Sabores Mexico Food Tours for some needed help. I thought a good place to start would be with the most famous Mexican food around, the taco. Sabores Mexico Food Tours is one of the first food tour companies in the city and I was sure to join them for their Beer, Mezcal, & Taco Tour! 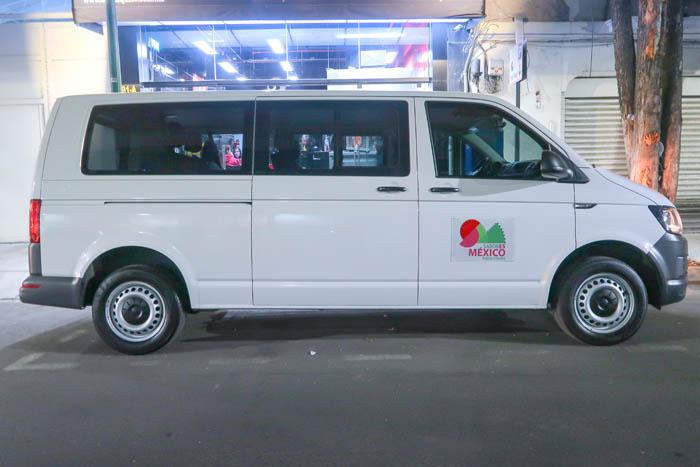 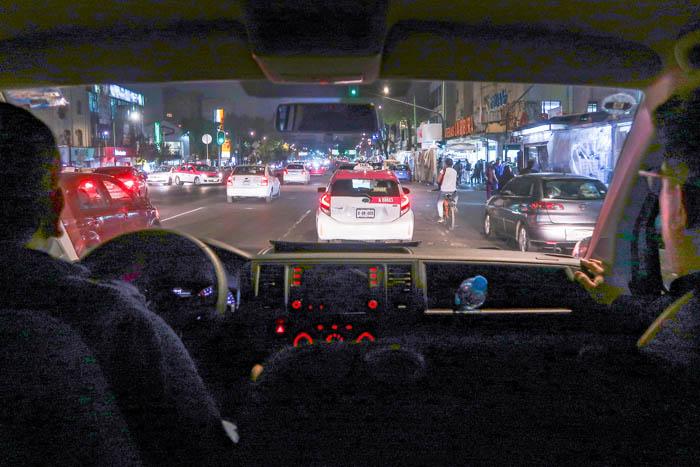 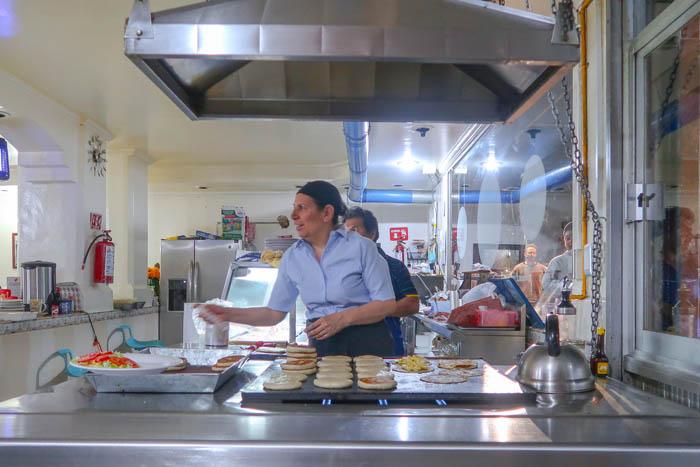 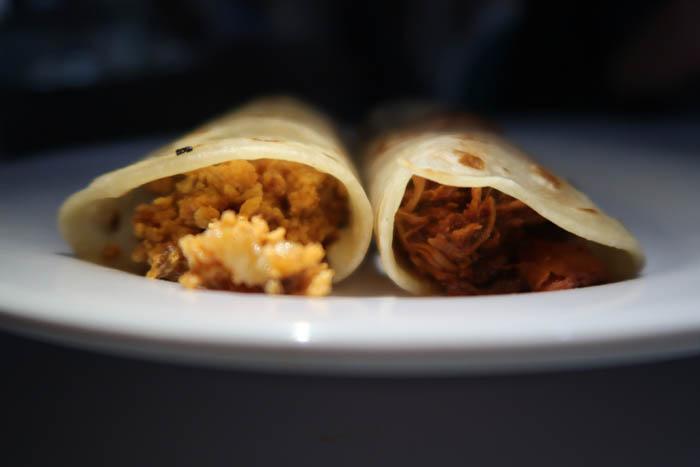 It all started with meeting the tour guide, who happened to be the owner, Roderigo. I learned quickly that this was not a walking tour and most of the time, we were brought around by van. The first stop was a taqueria with a long history that went back decades. While there, I tried two different tacos, both in flour tortillas and both with a completely different flavor. One had egg and the other simply meat. I paired them with a beer and I was off to a good start! 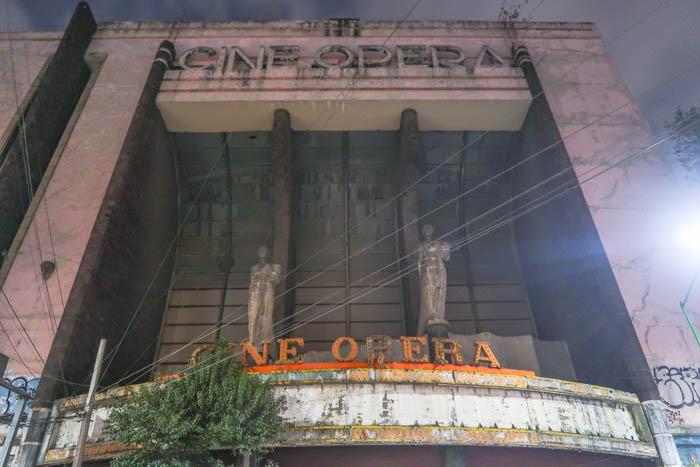 We then moved on foot to the next stop, because it was very conveniently located around the corner. Along the way Rodrigo shared a lot of facts about Mexico City, including about an old cinema that is supposed to be updated in the near future. These little pieces of information that you just wouldn’t find if you were to do it yourself! The amount of knowledge you gain from such an experience with a local who truly knows what they’re talking about is simply immense. 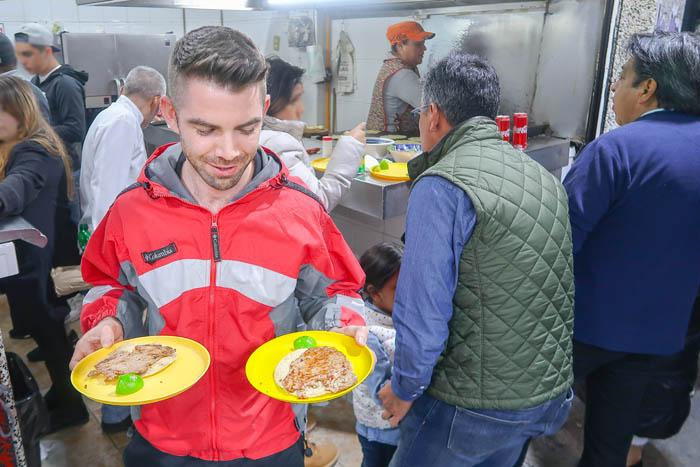 The next stop was my absolute favorite of the evening and was actually the most simple. This was basically just meat on a tortilla and served straight off the griddle. A squeeze of lime and your preferred sauce, and I fell into food bliss! I can’t wait to revisit this magical establishment. 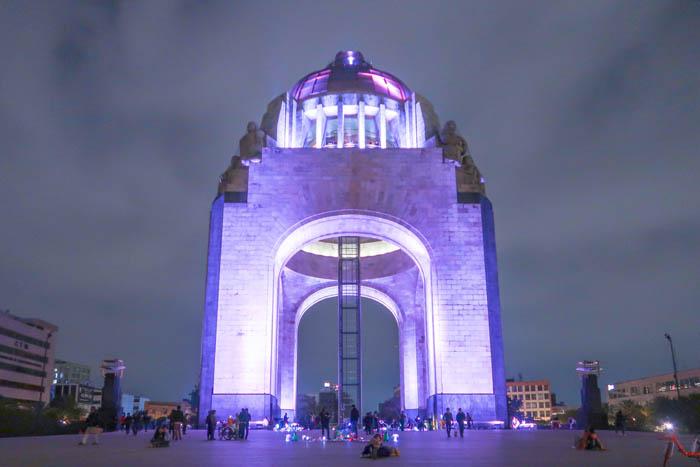 We were then picked up by the Sabores van and whisked off to learn a bit more about Mexican culture before heading to our next food stop. Once again I was pleasantly surprised by Rodgrigo’s historical knowledge. 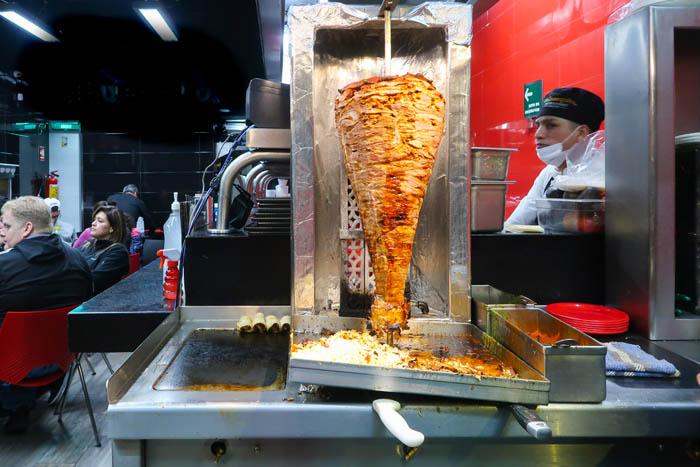 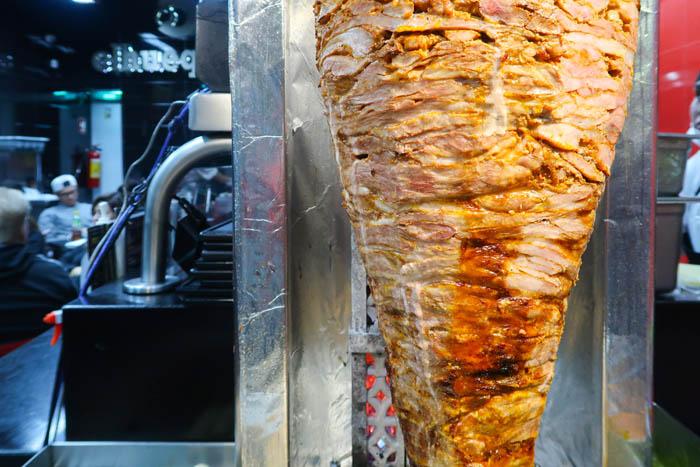 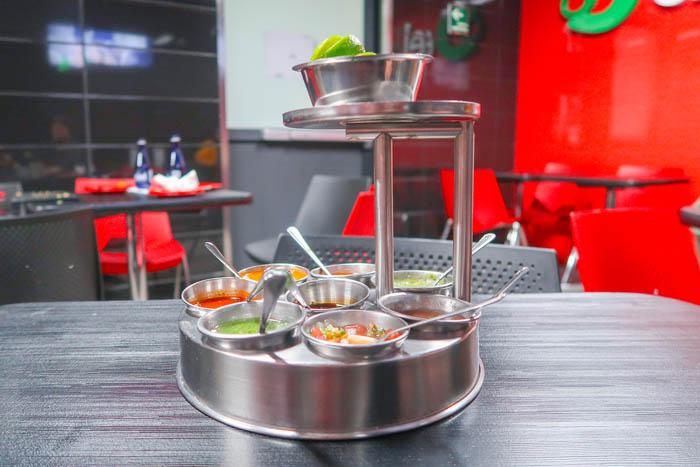 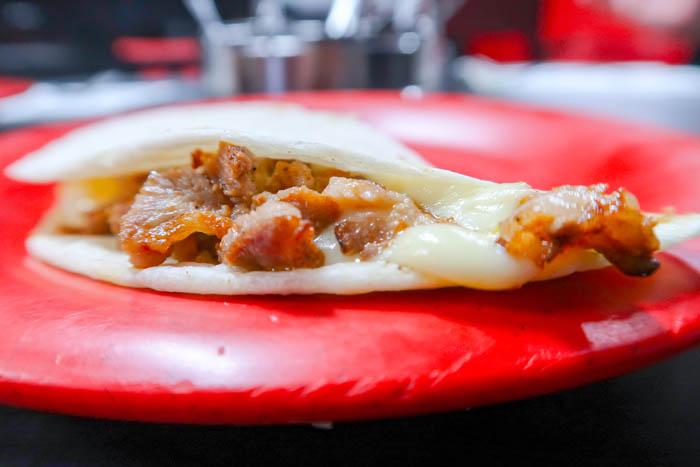 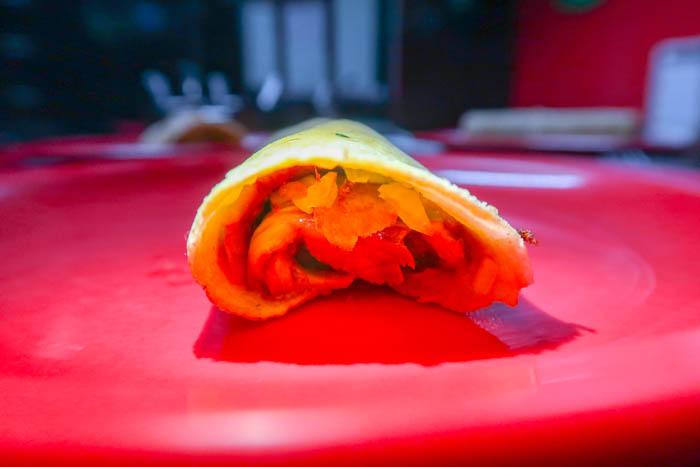 It was now time for the famous al pastor tacos! These are really blowing up in popularity right now and I think part of the interest comes from the fact that the meat is prepared Lebanese style. This method adds a lot more richness to the flavor and combined with Mexican spices make for quite a treat. If I had to choose between a taco with the kebab meat or a quesadilla, I would have to go for the quesadilla. These quesadillas are known as “la gringa” which was named after an American woman’s suggestion. 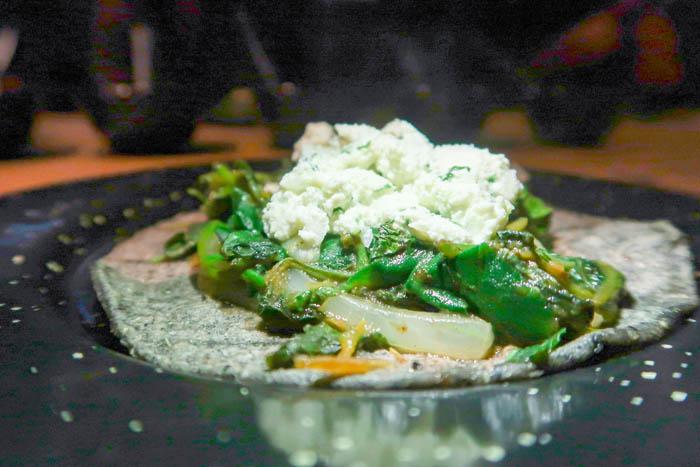 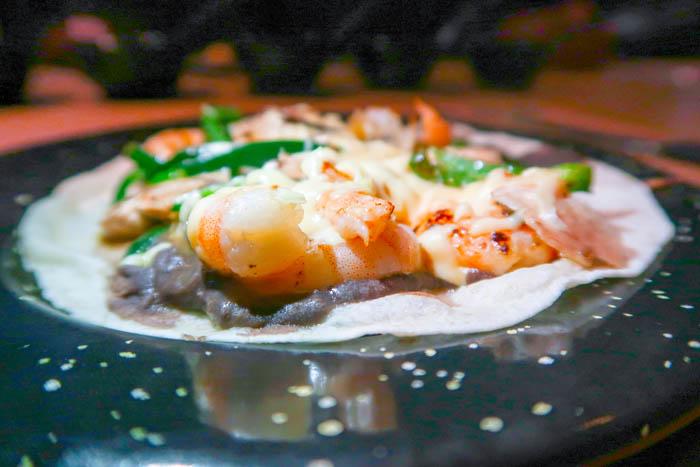 The last food visit of the evening was taking things in a little bit of a different direction. This is where we tried a vegetarian taco and a shrimp taco. Both were tasty in flavor but I definitely prefer the richness of the fat from the meat in the other tacos. 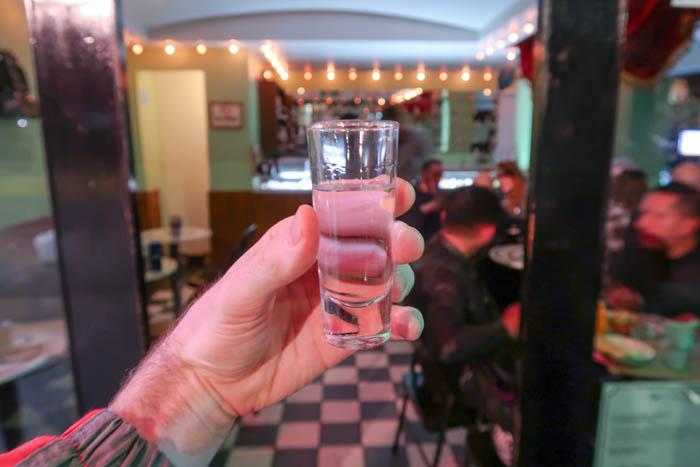 With that we were completely stuffed, but there is always room for some alcohol so we made our final stop at a Mezcal bar. Mezcal is a Mexican alcohol made from agave and is also currently quite popular these days. There is an incredible amount of variety when it comes to Mezcal and I got to try two types straight and a Mezcal cocktail. This stuff is strong! 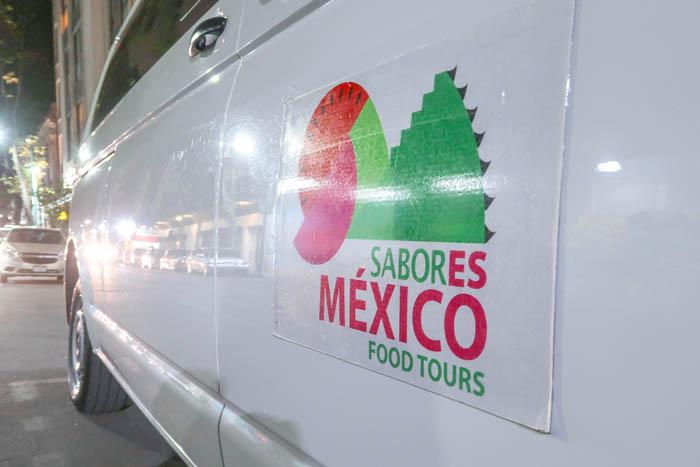 From beginning to end I enjoyed the Beer, Mezcal, & Taco Tour in Mexico City. This food tour went way more in depth into local culture and history than I ever would’ve expected. Although you can find good food in Mexico City on your own, it would be absolutely impossible to learn as much as I did on this lovely tour with Sabores Mexico Food Tours. When it is all said and done, it was a valuable experience and I enjoyed all of it!