I’ve quickly learned after arriving in Mexico City that Mexican Cuisine is a lot more than just tacos! There are incredible amounts of casual Mexican foods but there are also a load of higher-end options that rival the world’s best cities. I knew I wanted to explore it all, from basic street food, to fine dining, but I didn’t know where to start. With some searching I found the Mexico City: Top Chef Culinary Adventure Tour by Tasty Bites Food Tours. The tour consists of 11+ food tastings and sips prepared by the city’s top chefs. I was ready to try everything! 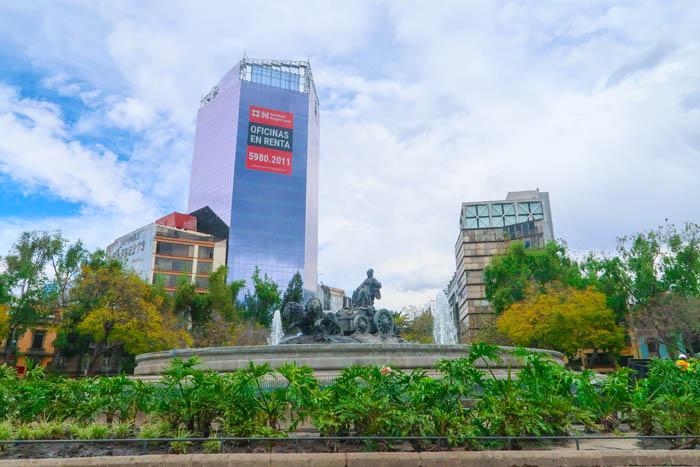 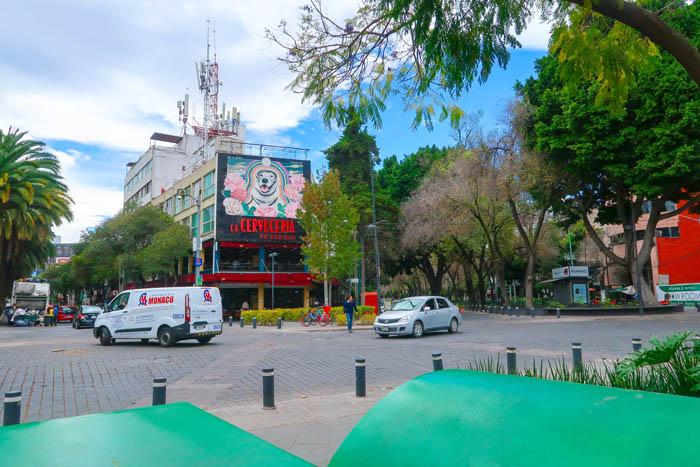 The Mexico City: Top Chef Culinary Adventure Tour started with meeting our guide Victor at Plaza Villa de Madrid. Victor did a great job at shepherding us around for the afternoon, and with his prior culinary education and experience, had an immense amount of food knowledge. 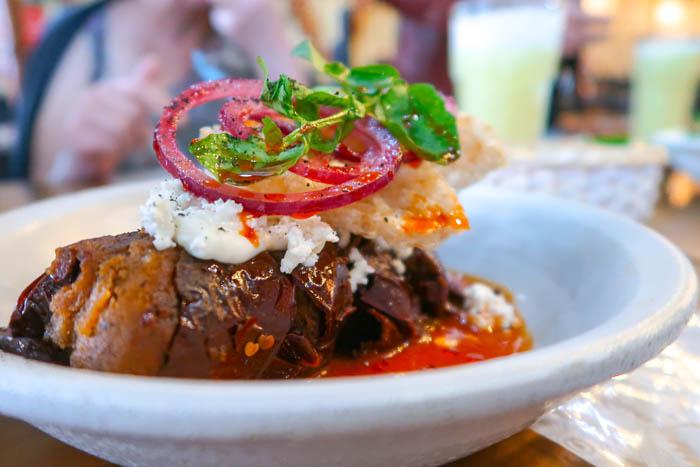 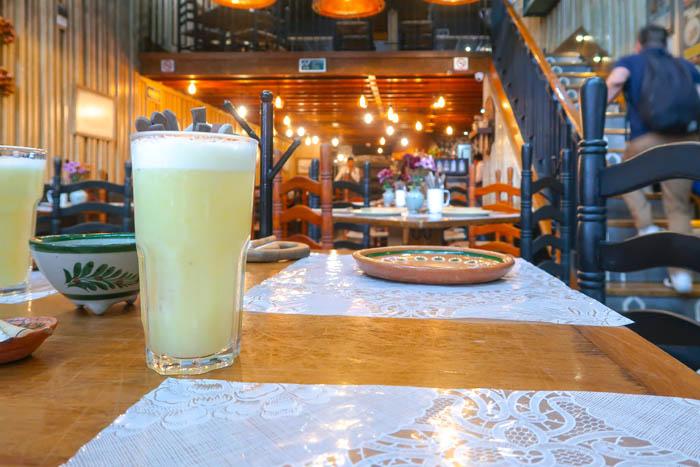 To get things started, we made our way around the corner from the starting point to a Mexican restaurant that prepared traditionally inspired Mexican dishes in a modern way. First was a tamale which was cooked inside of chili pepper instead of the standard banana leaf or corn husk. Tamales are made from corn masa and flavored with different ingredients. They are quite dense in texture and by being steamed inside of a chili pepper, the masa soaked up some additional flavor. On its own, the tamals didn’t have an immense amount of flavor, but once I added some spicy salsa, I got the kick I was looking for! 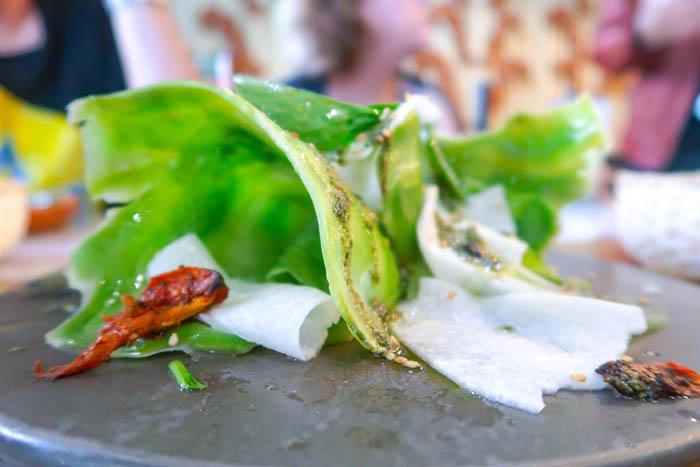 While at the same restaurant we tried one more dish which was a cactus and Jícama salad. This was accompanied with a flavorful citrus dressing and cheese. The texture of the cactus was very stringy which reminded me of Natto in Japan. Overall, it was very well balanced and flavorful salad! 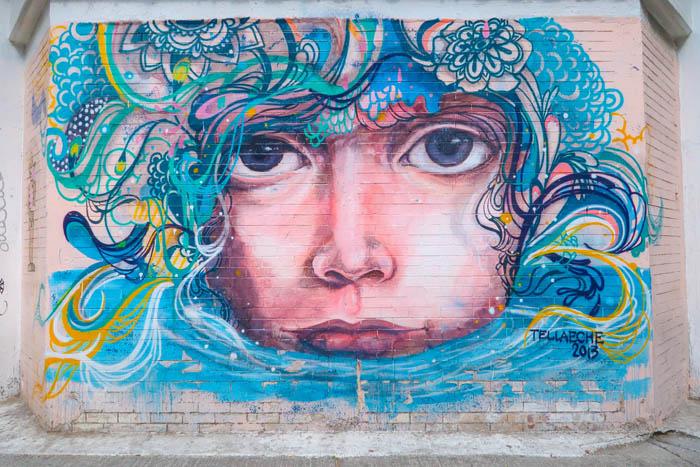 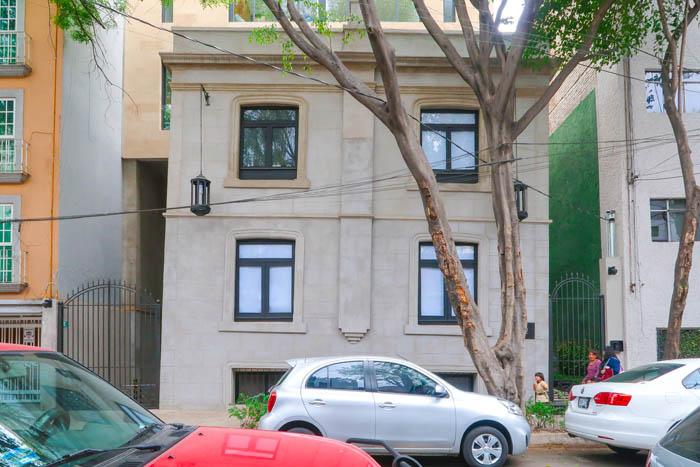 After our first few dishes, we got back on our feet and continued moving on through the Colonia Roma District. We learned about local art and the more recent history of earthquakes in Mexico City. This had some very obvious results, especially the leaning building in the photo above. 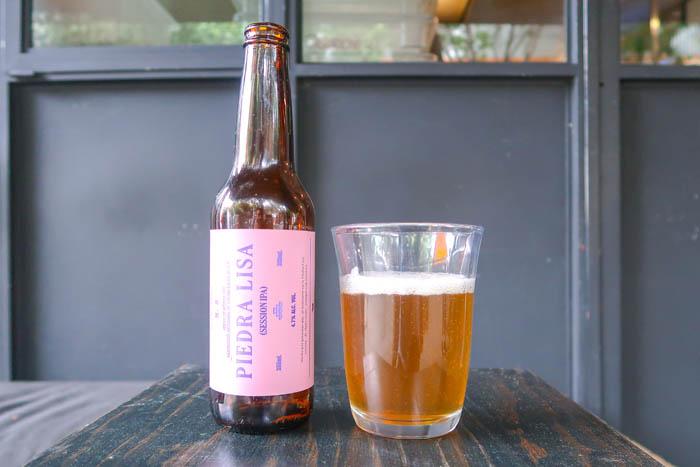 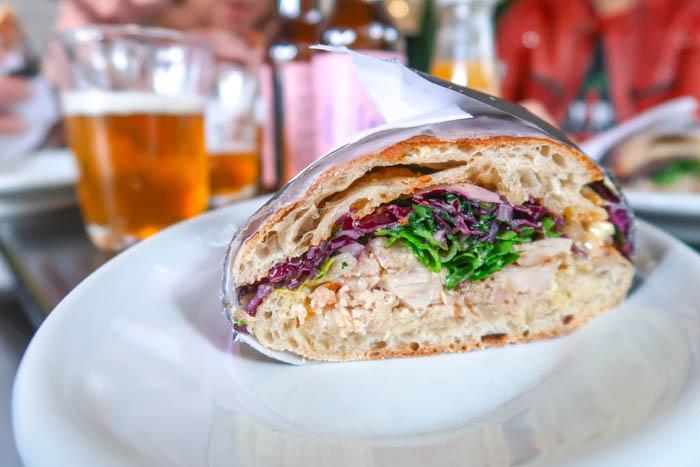 The next stop on the tour was for a torta which is a Mexican sandwich and paired with a craft IPA beer. The sandwich was extra rich as it was made with carnitas, which is pork that is brazed or simmered in oil or lard until tender. Adding some additional chili oil, which was similar to chili oil in China, and you have an absolutely amazingly flavorful sandwich! Paired with the IPA, I couldn’t go wrong! 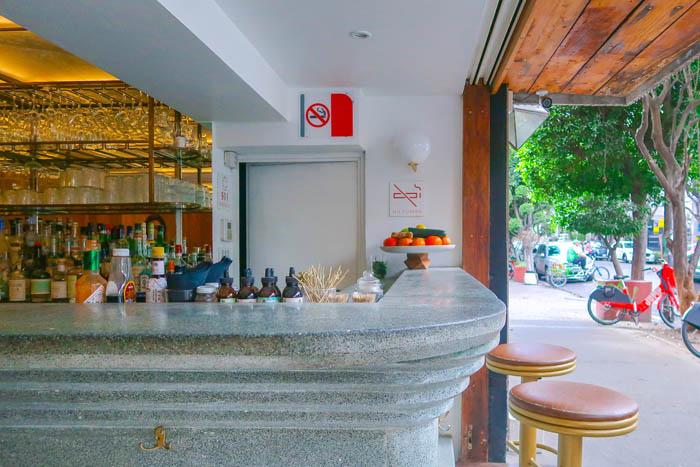 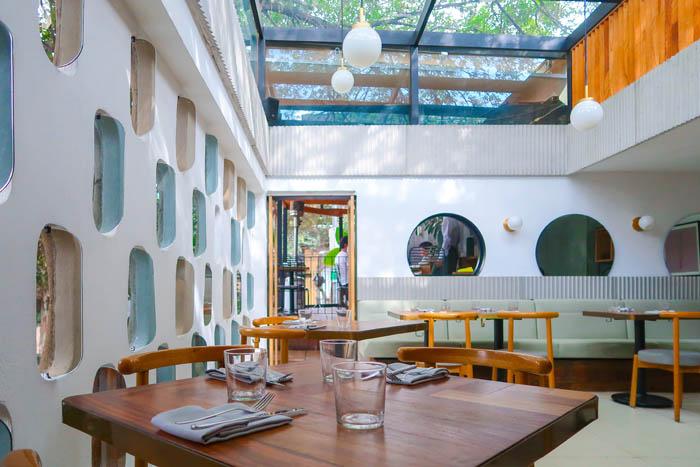 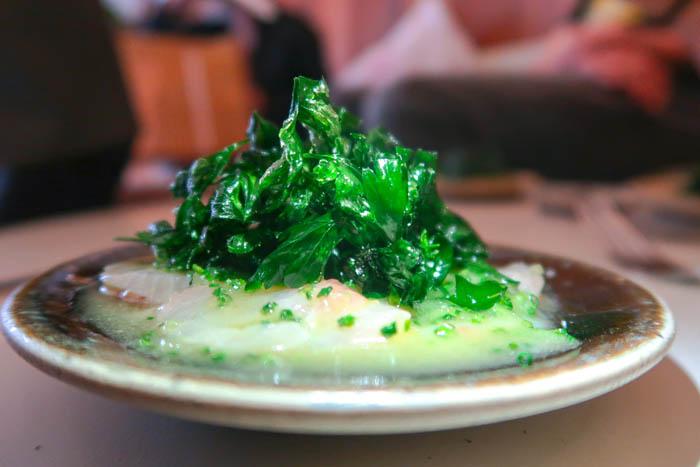 The next stop was at a chic cocktail bar and restaurant. This stop included fish crudo (raw fish) and a cocktail pairing. I didn’t know that Mexico produces so much amazing seafood. This dish was very well-balanced and one of my favorite items of the day! This was accompanied with a cocktail that was also quite sour with Mezcal and vinegar. 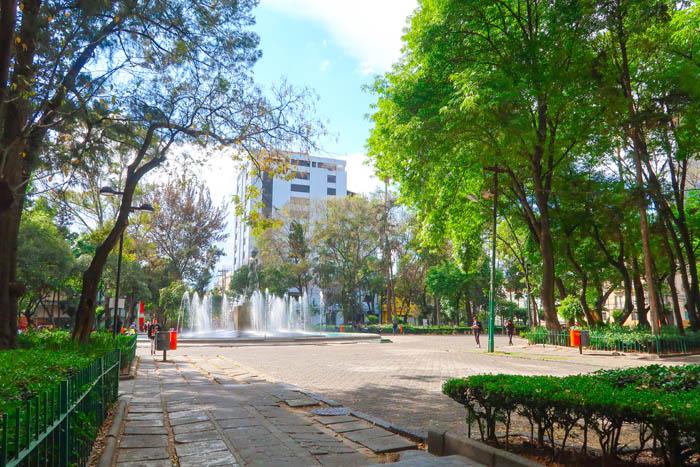 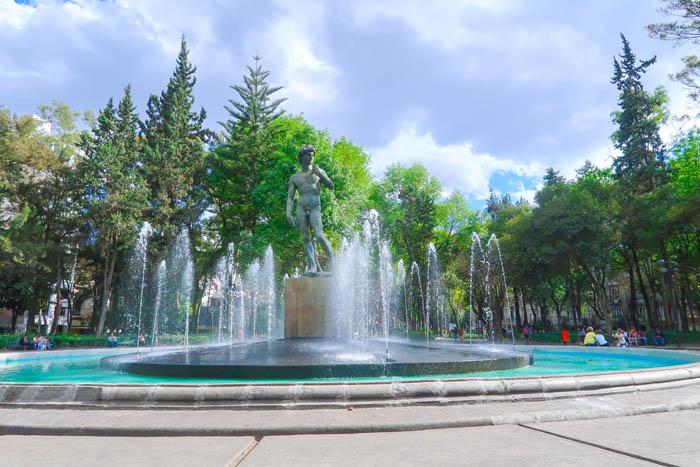 After that we were on the move again, and we stopped at a very unexpected site which was a David sculpture in the middle of Mexico City. Apparently there are only three in the world! 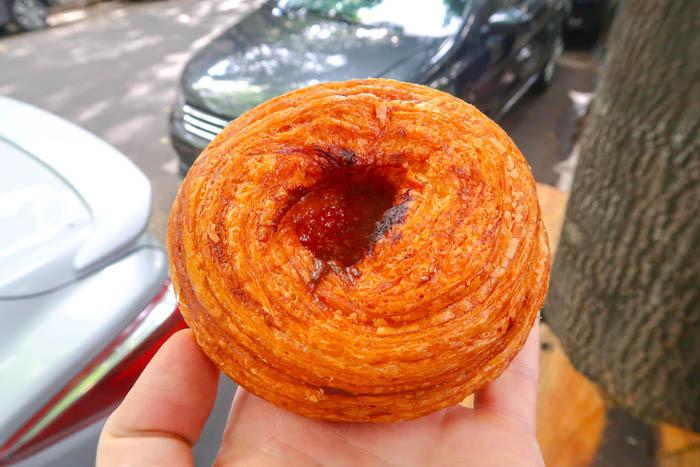 Maybe I spoke too soon about my favorite item. The next stop included one of the most incredible pastries I’ve ever had. It was basically a Cheese Danish with guava. The difference between this and others was the perfection of the texture. So flaky and crispy on the outside with the rich cheese and guava on the inside. I noted it wasn’t overly sweet like other Mexican desserts. 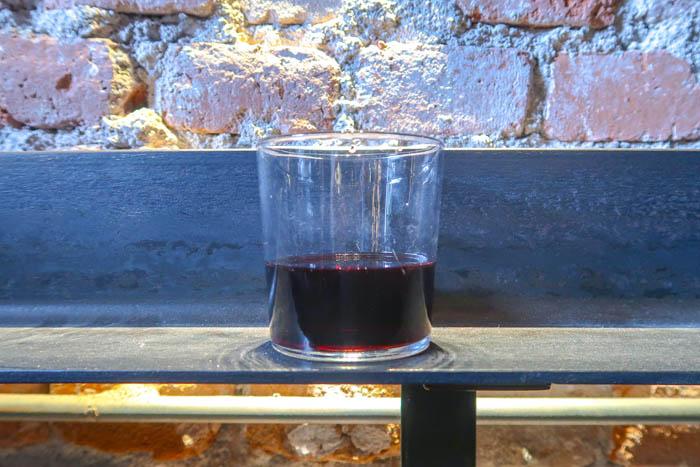 Finally I was getting quite stuffed but we had one more stop. It was finally time to sample some of the local Mexican wine that I’ve been hearing so much about. This was a red wine made of a blend of grapes and was quite light. I love to try new things but look forward to trying the deeper, more bold red wines that I’ve heard they also produce. 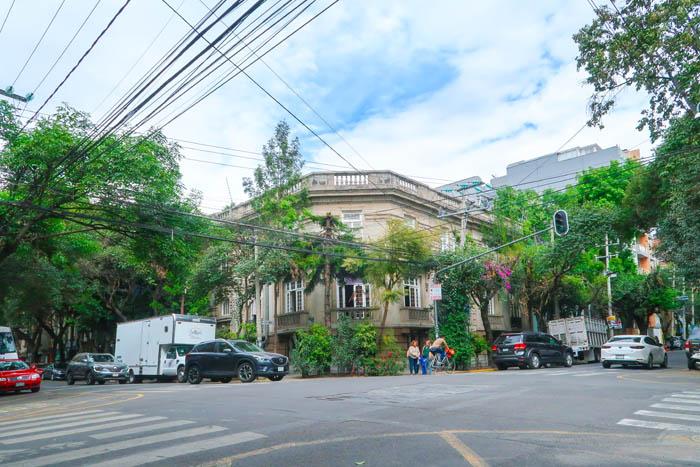 The Mexico City: Top Chef Culinary Adventure Tour had finally finished. I loved the variety of items that were included in this tour. There was a wide range of Mexican food and drink which really gave a great impression of Mexico City’s culinary scene. To be honest, the tourism board of Mexico should be paying Tasty Bites Food Tours because this experience truly sparked my interest in diving deeper into the local food. I loved the tour from beginning to end and can’t wait to keep exploring the incredible Mexican Cuisine! 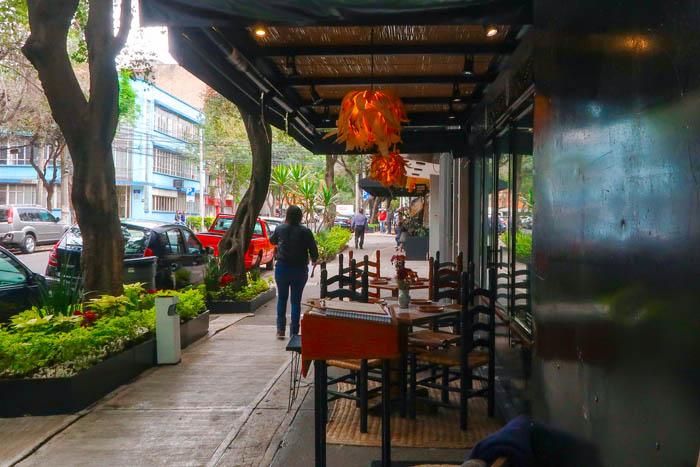