As you know from being my biggest fan, I lived in Seoul last year for six months, specifically in the Apgujeong area. For my latest review, I visited Min’s Kitchen which was only about a five minute walk from where I lived before. It’s also near Dosan Park which is one of my favorite places to be! The cuisine at Min’s Kitchen is described as being modern Korean cuisine. They’ve taken a lot of authentic tastes and presented them in a way that is different than I’ve ever seen before. 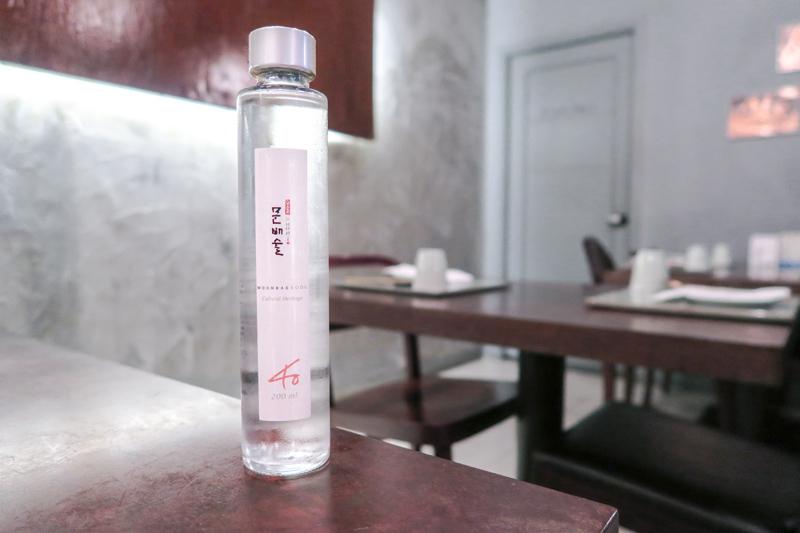 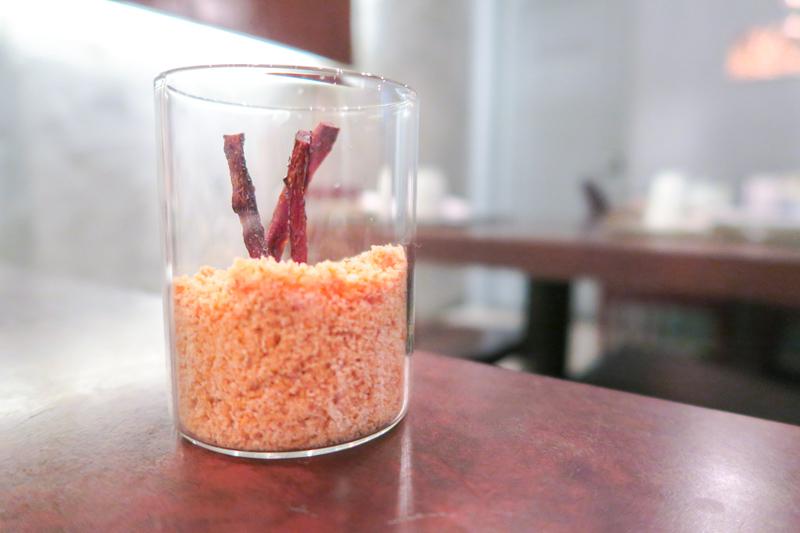 For dinner, to give the restaurant a fair shake, I went with “Set C” which is an extensive tasting menu. Starting out with some very potent soju. Typically soju is around 20% but this was 40%. It got Pierre to his happy place quickly. This was served alongside some warm beef jerky, which I could’ve easily ate all night. So tasty. 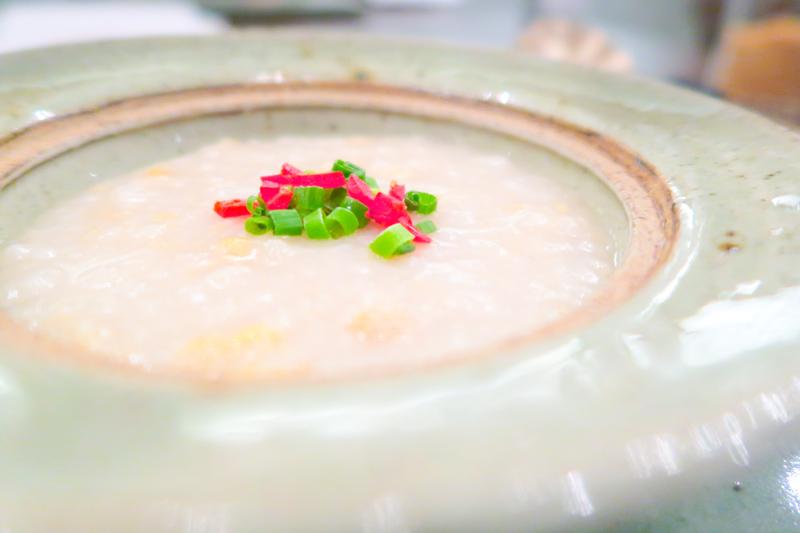 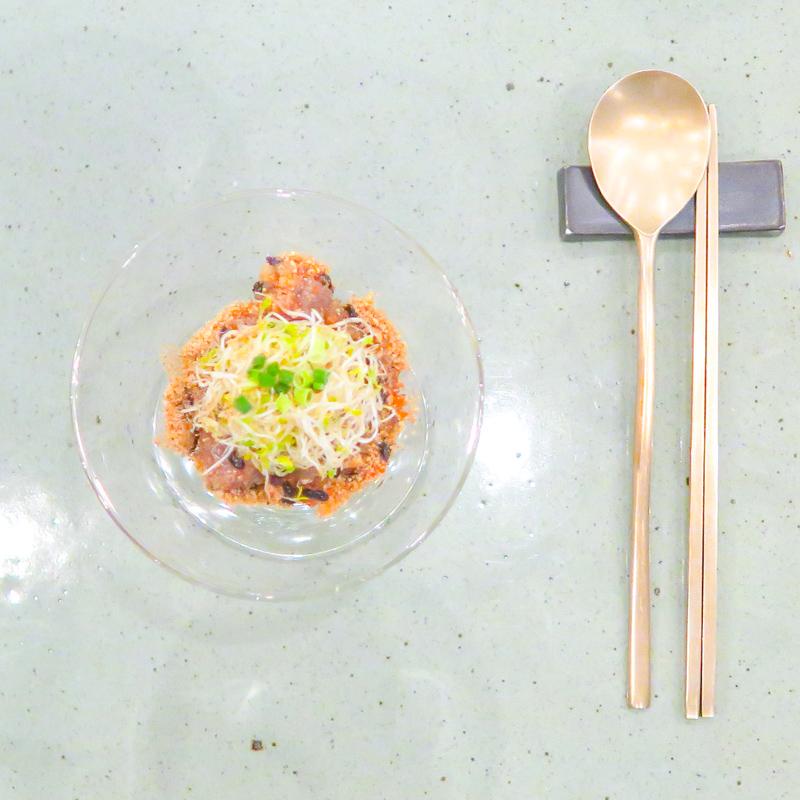 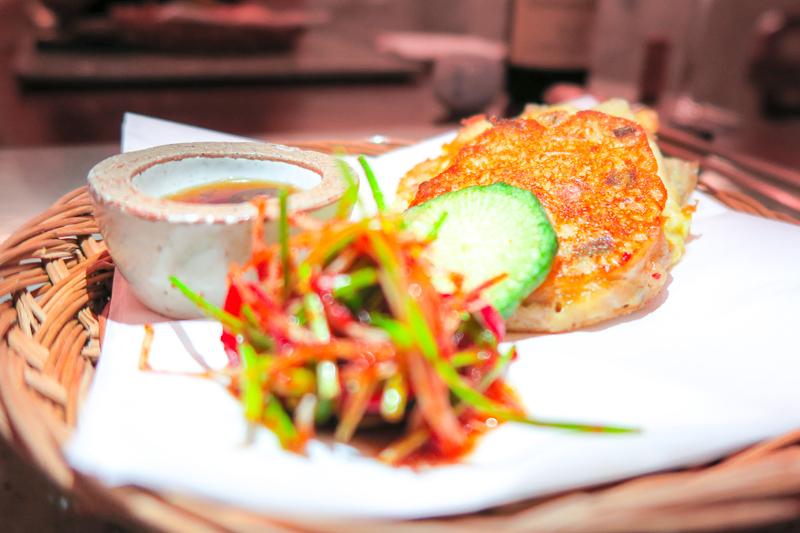 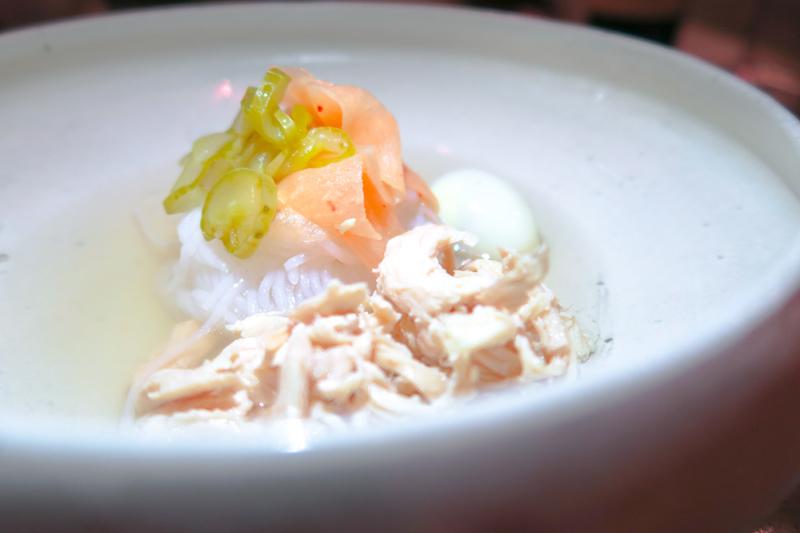 The first more enjoyable thing I had after the beef jerky would have to be the tuna tartar. Tuna tartar is always very safe with me because I’m almost guaranteed to love it. Haven’t met a one that I didn’t enjoy. Refreshing and enjoyable. The next dish that I quite liked would be the Korean pancakes. There were three, all with different ingredients. I preferred the seafood and meat variations the best. 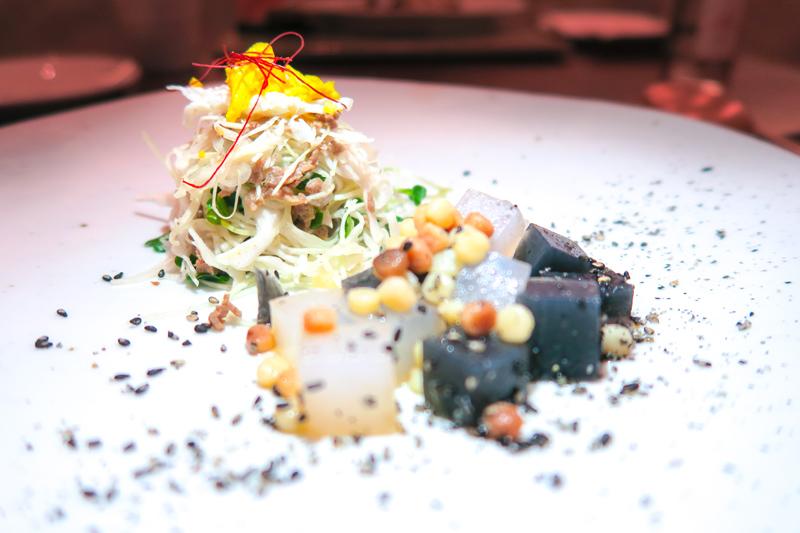 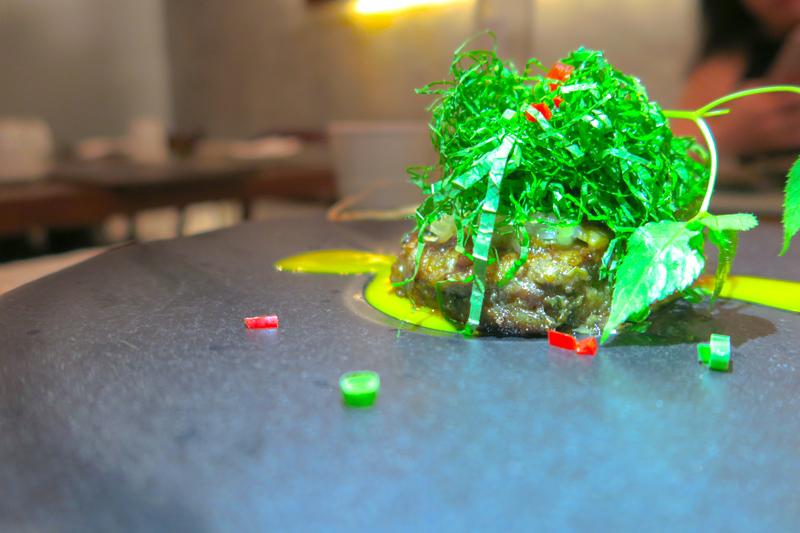 The next dish that I have to highlight was the beef. This had a very traditional Korean taste but was presented in a very unique way. The meat was very succulent and melted in my mouth. It brought me to another world of enjoyment. 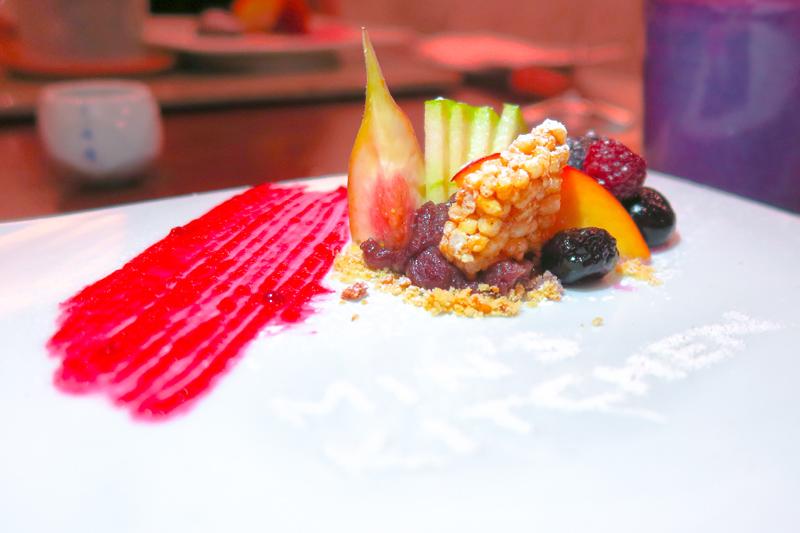 We were sure to finish off the meal with a light dessert of fruit, sweets and coffee. 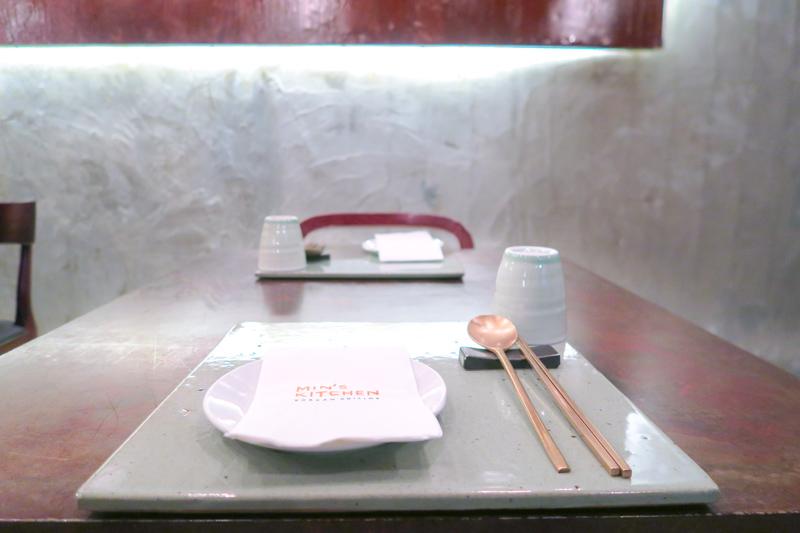 When it was all said and done, I enjoyed my meal at Min’s Kitchen. Overall, things I liked were the interior design, the new twist on Korean classics and of course little things like the jerky and soju. If you’re looking to try a new twist on Korean cuisine, I would recommend you to visit Min’s kitchen in Seoul, South Korea! 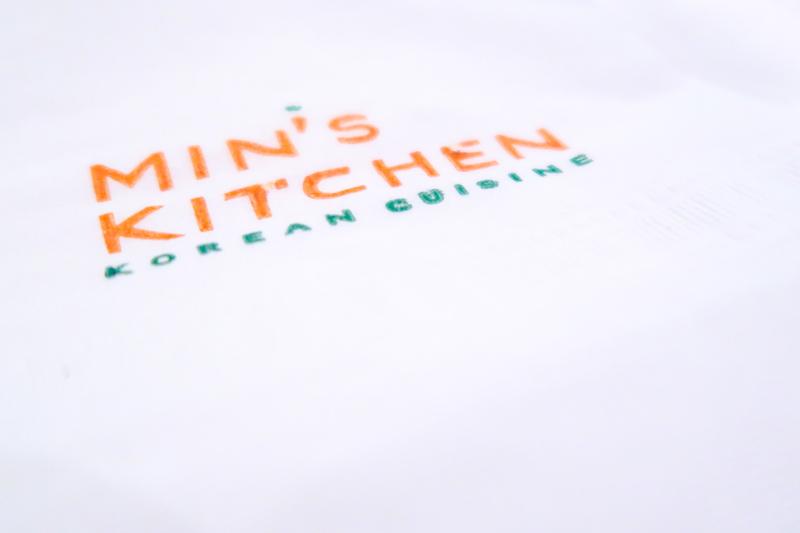